In response to a discussion on Twitter after Obama’s senior advisor Valerie Jarett was mentioned, Roseanne Barr said “muslim brotherhood & planet of the apes had a baby=vj”

Liberals and some gullible conservatives freaked out, screaming accusations of racism, and even the mainstream media carried those lies to their front pages after ABC Entertainment immediately canceled her show, while other networks pulled her shows reruns.

Before we get into how the ABC Network pulled Roseanne’s show when another ABC show, which has aired far more offensive comments geared towards Christians, and President Trump, are still on air, let’s deal with the big lie here.

The majority of news accounts regarding Roseanne’s tweet and shows cancellation, every keeps referring to her tweet as “racist,” from ABC News to Fox News, they continue to perpetrate the lie of Roseanne’s tweet being “racist.”

As Roseanne clearly explained in response to someone sharing Jarrett’s genealogical background, which shows her father is African American and her mother is one-fourth African American, and Jarrett also has French, Scottish and Native American ancestry, to which Roseanne replied “i honestly thought she was Jewish and Persian-ignorant of me for sure, but…i did.”

Roseanne had every right to believe that since Jarrett was Iranian born and Iranians are known as Persians who are considered Caucasian. How was she to know the parents were just living in Iran at the time of Jarrett’s birth? I didn’t know and I have written about Jarrett before, and I’d wager 90 percent of Americans that know who Jarrett is, don’t know her genealogical background. Why would they? Who cares about what race this person or that one is, other than those constantly screaming racism!?!

It is intellectually dishonest for the media to assume Roseanne did and that her tweet was racist in nature rather than a bad joke, to which, she apologized profusely for.

If insulting someone by comparing them to an animal is racist, then why aren’t liberals freaking out over how people like Bill Maher compared President Trump to an orangutan, on his HBO show? 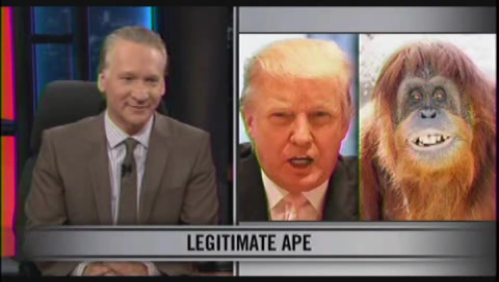 Where was the liberal outrage then? There was none.

Or how about when former president George Bush was compared to a monkey? 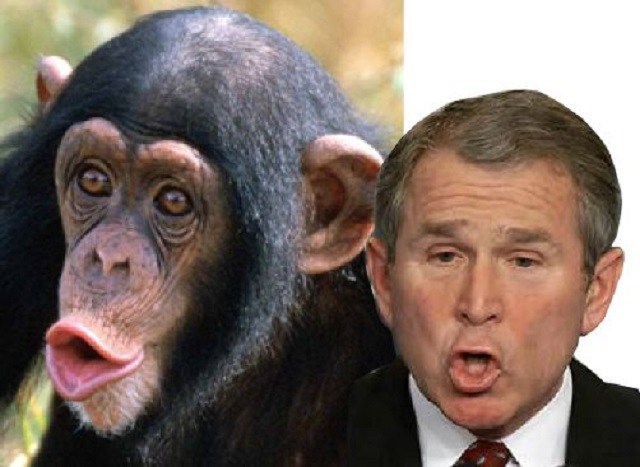 Nope, no outrage from left over that either. Zip. Zilch. Nada.

Google images has page after page after page of “animals that look like people,” including politicians, celebrities and other high profile figures and nobody screams bloody murder over it, until now, when it is Obama’s creepy little gal pal that is joked about and a white Trump supporter that made the joke.

Needless to say, some conservatives on Twitter are pushing back against what they see as liberal hypocrisy. 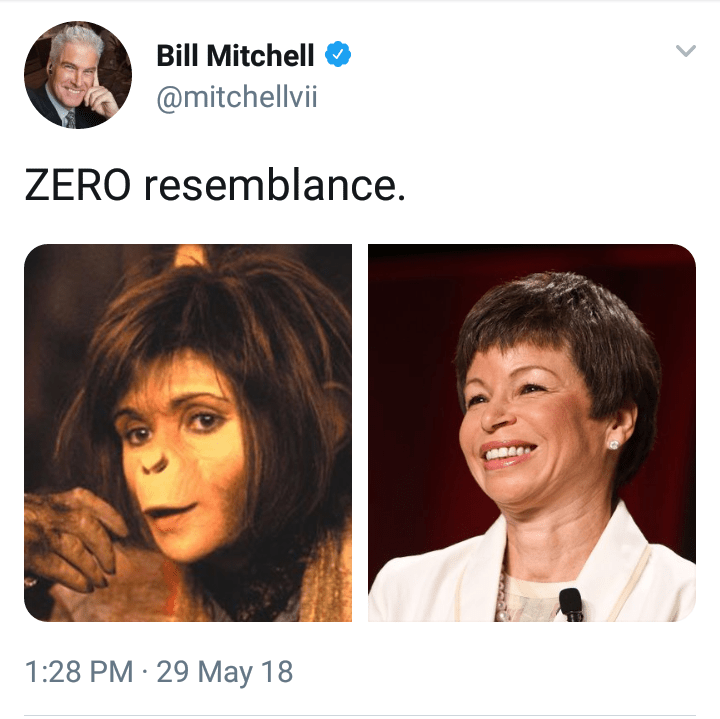 ABC’S ABJECT HYPOCRISY WHERE THEIR ‘VALUES’ ARE LIBERALLY SUBJECTIVE

Despite Roseanne issuing multiple apologies, via the same platform she initially made her joke, ABC Entertainment president Channing Dungey, issued a statement calling Roseanne’s Twitter statement “abhorrent, repugnant and inconsistent,” with their values and announced the cancellation of Roseanne, which happened to be the networks number one show.

So, when people who have shows on their network make statements that are “inconsistent” with their values, statements that they find “abhorrent,” and “repugnant,” their policy is to cancel the show?

This begs the question: Does Joy Behar of The View, another ABC show, and her on-air statement to millions of viewers which equated being a Christian with having a “mental illness,” represent ABC Entertainment’s “values?” Behar took weeks to apologize, her statement was made not using a personal social media account but went live on-air, and yet ABC did not find it “repugnant,” nor “abhorrent” enough to cancel The View from their line-up, and Behar is still one of the hosts.

The same question should be asked of Disney CEO Robert Iger, who publicly backed the decision to cancel Roseanne, stating “There was only one thing to do here, and that was the right thing.” ABC Entertainment is an asset of Disney, meaning the buck stops with Iger.

Another asset of Disney’s is ESPN, who employs Keith Olbermann, and just expanded his presence on their network. Here are a few of Olbermann’s Twitter statements that evidently are not “repugnant” or “abhorrent,” and to which obviously consistent with Disney’s “values.” 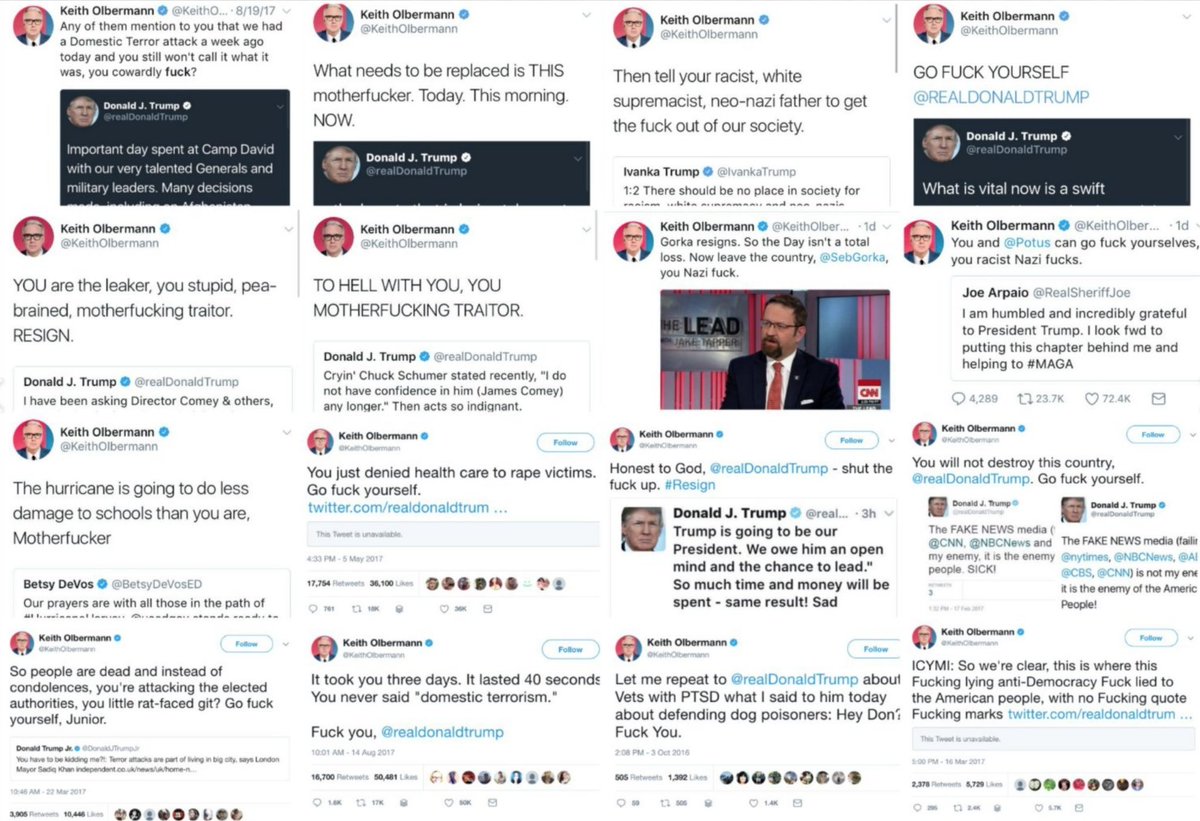 (Click image to enlarge – Will open in a new tab/window)