Ebola Outbreak: Vital Resources You Need to Stay Ahead of This Deadly Virus

Ebola Outbreak: Vital Resources You Need to Stay Ahead of This Deadly Virus by Jeremiah Johnson – Ready Nutrition

As you have undoubtedly seen in the news, there is a fresh outbreak of the disease Ebola in Africa and in the past, there have been fears that the deadly virus is mutating. One of the main differences with this particular outbreak is that the WHO (World Health Organization) and experts from the CDC (Center for Disease Control) in Atlanta have agreed that the virus has reached urban areas. This makes the already highly transmissible Ebola potentially more deadly and may escape the country via air travel and train.

Vital Resources You Need to Stay Ahead of This Deadly Virus

The point is to be aware of it, just as you would be aware and prepare for other seasonal incidents, such as hurricane season, or blizzard season. There are archives here at Ready Nutrition that you can access for information put out in the past on viral hemorrhagic fever (VHF) of which Ebola falls into the category, just as Avian Influenza (H5N1, labeled as “Bird Flu”) and other viruses.

Some of the articles include steps to set up a quarantine station and decontamination station for family members and the specifics on both pharmacological treatments as well as herbal (naturopathic) aids to combat HFVs. There are also resources that you can read as well as to watch to learn more about this virus and how it works and is spread. 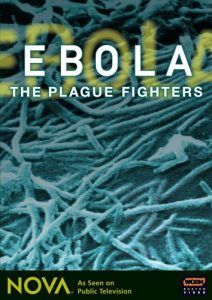 I have this one documentary tape that I picked up on VHS (yes, VHS!) that I’m sure you can either find on DVD or download off of the Internet…and I found it about 5 months ago. It is entitled “Ebola: The Plague Fighters,” produced by Nova, a 60-minute film made back in 1996. This film is a documentary of an outbreak of Ebola in the country of Zaire in 1995…four weeks spent in the town of Kikwit, where the plague caused a 77% mortality.

The documentary is superb because it shows not only the strength of the virus, but how people are actually affected and the struggles to treat the disease in all of its stages. It is not an easy view, but it is informative and enlightening, showing the need to keep abreast of what is happening regarding location and severity of outbreaks.

The book, “The Hot Zone,” by Richard Preston is nothing less than an “instruction manual” regarding the history of Ebola strains, and an incident in which Ebola was accidentally released from Ft. Detrick, MD, where the Army’s biological weapons research is conducted. It is also a very descriptive chronological history of Ebola that shows how easily it can be spread along with the symptoms.

Another name you may wish to keep is that of Nathan Wolfe, a virologist whose expertise and renown are matchless. He even consulted on the set of the movie “I Am Legend,” from the Richard Matheson novel starring Will Smith and has a book written on his research and findings called The Viral Storm: The Dawn of a New Pandemic Age. Wolfe has his own corporation that aids the WHO and governmental health agencies in tracking down and tracing viral outbreaks and epidemics throughout the world. I highly recommend studying his books that really detail HFVs and the dangers they present.

To conclude, one needs not panic when they have the information available to take steps and measures to protect against any disaster. Information is an integral part of preparation. It is not any kind of “fear porn,” nor any negativity espoused by skeptics or critics. To the contrary: it is staying ahead of the game before it occurs and being adaptable to changing situations and conditions that arise. When it all gets down to it, take care of you and yours. Knowledge will help you to do that and avoid catastrophe. The “grasshopper and the ant” of Aesop’s fable hold true: the ones who smirk today and deride your efforts will be the ones asking for you to give them supplies and take them in tomorrow. Asking or demanding. Take care of you and yours, and do your research.  JJ out!

Jeremiah Johnson is the Nom de plume of a retired Green Beret of the United States Army Special Forces (Airborne). Mr. Johnson was a Special Forces Medic, EMT and ACLS-certified, with comprehensive training in wilderness survival, rescue, and patient-extraction. He is a Certified Master Herbalist and a graduate of the Global College of Natural Medicine of Santa Ana, CA. A graduate of the U.S. Army’s survival course of SERE school (Survival Evasion Resistance Escape), Mr. Johnson also successfully completed the Montana Master Food Preserver Course for home-canning, smoking, and dehydrating foods.

Mr. Johnson dries and tinctures a wide variety of medicinal herbs taken by wild crafting and cultivation, in addition to preserving and canning his own food. An expert in land navigation, survival, mountaineering, and parachuting as trained by the United States Army, Mr. Johnson is an ardent advocate for preparedness, self-sufficiency, and long-term disaster sustainability for families. He and his wife survived Hurricane Katrina and its aftermath. Cross-trained as a Special Forces Engineer, he is an expert in supply, logistics, transport, and long-term storage of perishable materials, having incorporated many of these techniques plus some unique innovations in his own homestead.

Mr. Johnson brings practical, tested experience firmly rooted in formal education to his writings and to our team. He and his wife live in a cabin in the mountains of Western Montana with their three cats.