Fed President says cryptocurrencies could cause chaos to monetary system and bring a re-occurrence of the 1830s in America by Ken Schortgen, Jr. The Daily Economist

On May 14, St, Louis Fed President James Bullard gave his thoughts on cryptocurrencies where he compared them to the monetary system of the 1830s.

Citing an admission that cryptos could work in parallel with the dollar as a medium of exchange in the economy, Bullard warned however that they could also create great chaos due to their volatility and much different value standards from the dollar. 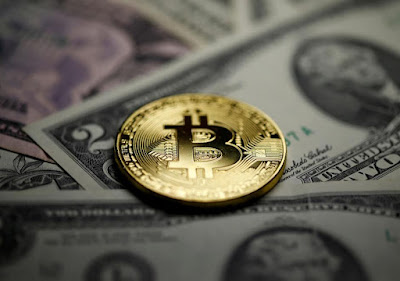 Wall Street’s love affair with bitcoin and other digital currencies could bring chaos to parts of the US economy, a top Federal Reserve official warned — with certain banks and companies issuing their private currency.

James Bullard, the head of the Federal Reserve Bank of St. Louis, said on Monday the country has not faced this sort of dilemma since the 1830s.

“Both forms of currency (private and government-regulated) can coexist,” he said.

Bullard pointed to instances from history when multiple currencies held sway in the country. For example, 90% of the U.S. money supply during the 1830s consisted of privately issued banknotes from large concerns, such as J.P. Morgan. But these notes traded at different rates in different places and at different times.  – NY Post

More at The Daily Economist>>>