For the first time this year, gold has broken below the key psychological level of $1,300 per ounce. This year began already deeply entrenched in a dynamic rally which took gold pricing from $1,238 per ounce to $1,365 by the end of January. From that point forward, gold staged two rallies attempting to break the previous highs and resistance at $1,365, as well as two corrections challenging the lows and support at $1,300. 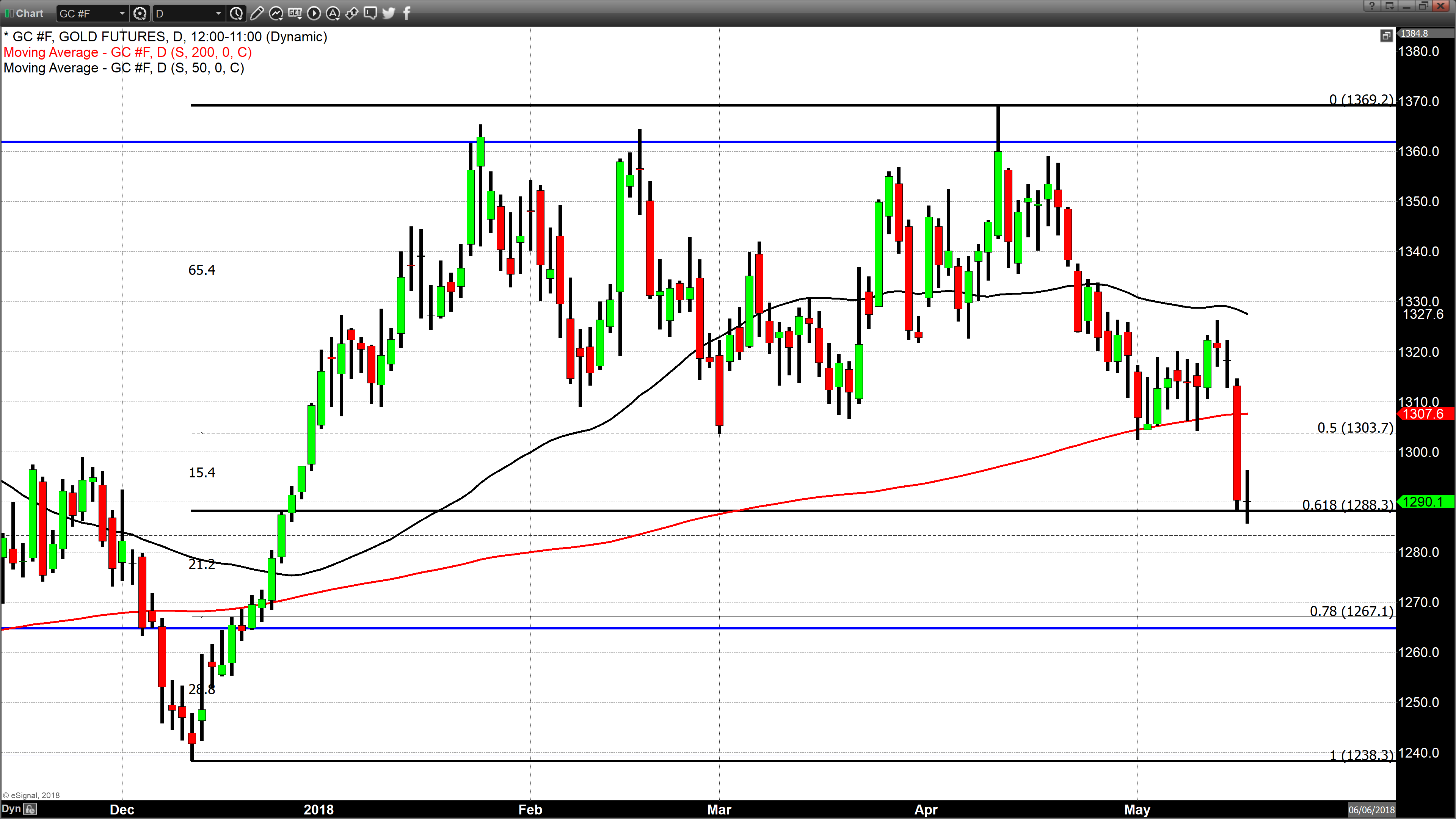 Both the rallies as well as the corrections were unable to breach the defined and narrow trading range gold pricing has been trapped in at between $1,300 and $1,370. After trading to $1,369.20 last month, the highest value gold has achieved this year, pricing has been in a slow and methodical price decline. Or at least it was up until yesterday.

In fact, yesterday’s dramatic selloff took gold to the lowest value it has traded to this year. The last time gold traded at this price point was December 26 of last year.

Since July 2017, gold pricing has remained above its 200-day moving average except for one small period, beginning and ending in December 2017. There were a total of three instances in 2017 in which gold broke below the 200-day moving average, and in each of those instances, quickly reversed and then traded back above the average. 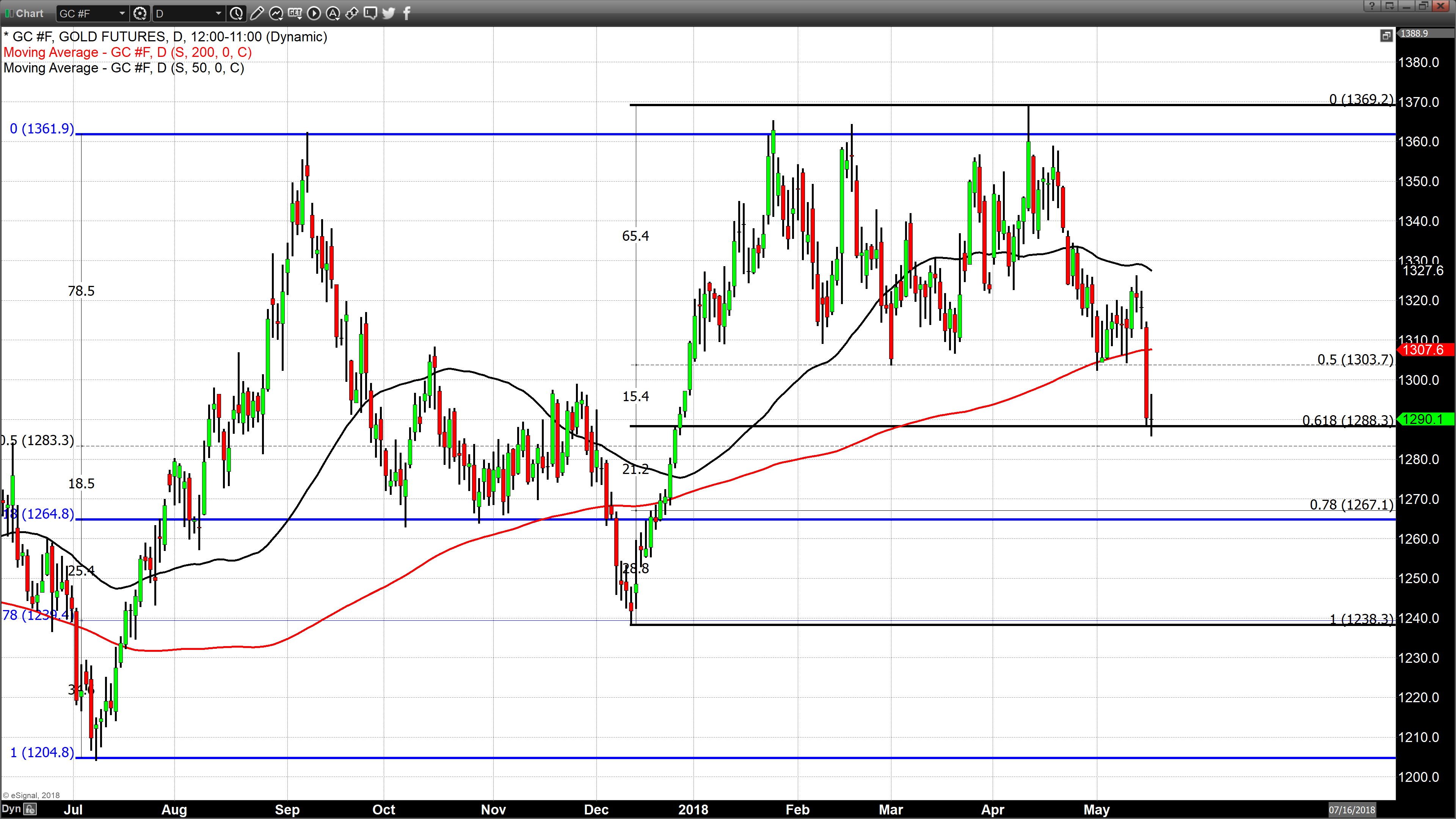 Another key distinction of yesterday’s price decline was that the lows occurred precisely at a 0.618% retracement of the major rally that happened at the beginning of the year.