Oftentimes in the interests of economics and financial necessity, people will abandon quality in the interests of price. Nothing could be more telling than the current battle being waged with GMO foods and crops. The GMO crops are more than simply unhealthy: they have also been the doorway for companies such as Monsanto, Cargill, and others to patent their seeds. The FDA became involved during the Obama years, and raids and prosecutions occurred by charges that the patents on GMO seeds were violated by farmers whose crops showed traces of those patented genes. 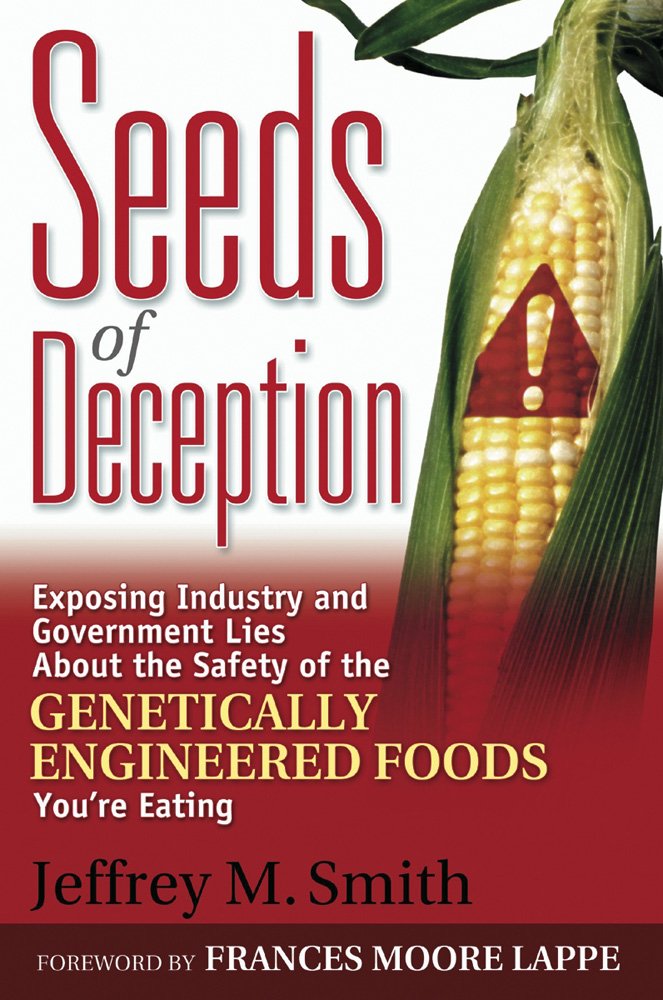 This is difficult to avoid, as it is almost impossible to prevent bees and/or wind from spreading pollen from GMO crops to non-GMO farms. There is a definitive work that you can read to find out the dangers from a health perspective and from a corporate perspective (regarding “Frankenstein GMO’s and factory farming). It is entitled Seeds of Deception: Exposing Industry and Government Lies About the Safety of the Genetically Engineered Foods, by Jeffrey M. Smith.

The book was written in 2003 and contains a wealth of knowledge about GMO (Genetically Modified Organisms) crops and farming…giving the history behind the corporate movement and explaining how cross-pollinating occurs (as outlined above), giving the corporations “leverage” with which to take down small family farms.

Fortunately, there are champions to rely upon that will give us a “rallying flag” to regroup and wage this battle, uphill though it may seem. My good friend, Miss Tess Pennington, is one of those champions: a family woman of faith, honesty, and solid American values based on hard work and true pioneer spirit. She has shown us the way: there are numerous articles available at Ready Nutrition for your perusal on seed-saving and seed preservation that will be your “compass rose” to keep the harmful GMO crops from crossing your table.  Ready Nutrition’s archives are full of the vital information you need: all of that information is right under your fingertips, waiting for you to read it.

Miss Tess recently began her own Heirloom Seed company! All you’ll have to do is send her an e-mail or post a comment, and she’ll be happy to give her advice that can help you to find the best way. Now is the time to become proactive with establishing your own greenhouse. A self-enclosed greenhouse will not only ensure protection of your produce from the elements but enable you to further shield and protect them from the cross-pollination previously discussed.

In our next installment in this 2-Part series, we will go into further detail about the dangers of GMO foods…how they affect our health and what effects they render on the human body. The fight against GMO crops and Agribusiness is an uphill battle, but you can win that battle right inside your own home. Being informed and aware is the first step, and the second is to take action on that information…by buying heirloom seeds, practicing seed-saving techniques, and boycotting unhealthy products by embracing a healthy lifestyle within your home and family. That’s what Ready Nutrition is all about, and Miss Tess and I both encourage you in these efforts. JJ out!

Jeremiah Johnson is the Nom de plume of a retired Green Beret of the United States Army Special Forces (Airborne). Mr. Johnson was a Special Forces Medic, EMT and ACLS-certified, with comprehensive training in wilderness survival, rescue, and patient-extraction. He is a Certified Master Herbalist and a graduate of the Global College of Natural Medicine of Santa Ana, CA. A graduate of the U.S. Army’s survival course of SERE school (Survival Evasion Resistance Escape), Mr. Johnson also successfully completed the Montana Master Food Preserver Course for home-canning, smoking, and dehydrating foods.

Mr. Johnson dries and tinctures a wide variety of medicinal herbs taken by wild crafting and cultivation, in addition to preserving and canning his own food. An expert in land navigation, survival, mountaineering, and parachuting as trained by the United States Army, Mr. Johnson is an ardent advocate for preparedness, self-sufficiency, and long-term disaster sustainability for families. He and his wife survived Hurricane Katrina and its aftermath. Cross-trained as a Special Forces Engineer, he is an expert in supply, logistics, transport, and long-term storage of perishable materials, having incorporated many of these techniques plus some unique innovations in his own homestead.

Mr. Johnson brings practical, tested experience firmly rooted in formal education to his writings and to our team. He and his wife live in a cabin in the mountains of Western Montana with their three cats.