Iran’s top trading partner is China, while Tehran and Moscow have been improving ties as the three countries move closer to cementing a solid alliance

Two summits – the cross-border handshake that shook the world between Kim and Moon in Panmunjom and Xi and Modi’s cordial walk by the lake in Wuhan – may have provided the impression Eurasia integration is entering a smoother path. 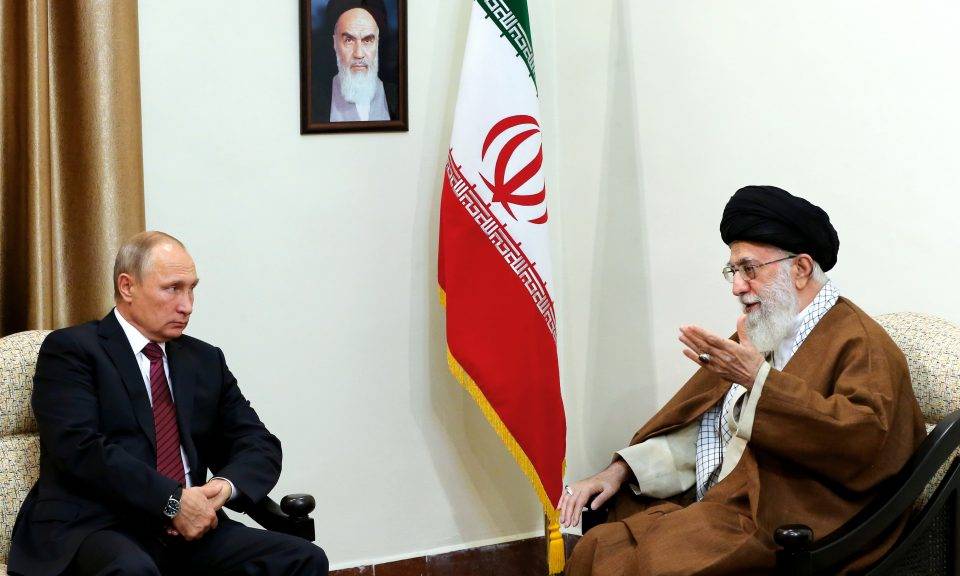 Not really. It’s all back to confrontation: predictably the actual, working Iran nuclear deal, known by the ungainly acronym JCPOA, is at the heart of it.

And faithful to the slowly evolving Eurasia integration roadmap, Russia and China are at the forefront of supporting Iran.

China is Iran’s top trading partner – especially because of its energy imports. Iran for its part is a major food importer. Russia aims to cover this front.

Chinese companies are developing massive oil fields in Yadavaran and North Azadegan. China National Petroleum Corporation (CNPC) took a significant 30% stake in a project to develop South Pars – the largest natural gas field in the world. A $3 billion deal is upgrading Iran’s oil refineries, including a contract between Sinopec and the National Iranian Oil Company (NIOC) to expand the decades-old Abadan oil refinery.

In a notorious trip to Iran right after the signing of the JCPOA in 2015, President Xi Jinping backed up an ambitious plan to increase bilateral trade by over tenfold to US$600 billion in the next decade.

For Beijing, Iran is an absolutely key hub of the New Silk Roads, or the Belt and Road Initiative (BRI). A key BRI project is the $2.5 billion, 926 kilometer high-speed railway from Tehran to Mashhad; for that China came up with a $1.6 billion loan – the first foreign-backed project in Iran after the signing of the JCPOA.

There’s wild chatter in Brussels concerning the impossibility of European banks financing deals in Iran – due to the ferocious, wildly oscillating Washington sanctions obsession. That opened the way for China’s CITIC to come up with up to $15 billion in credit lines.

The Export-Import Bank of China so far has financed 26 projects in Iran – everything from highway building and mining to steel producing – totaling roughly $8.5 billion in loans. China Export and Credit Insurance Corp – Sinosure – signed a memorandum of understanding to help Chinese companies invest in Iranian projects.

China’s National Machinery Industry Corp signed an $845 million contract to build a 410km railway in western Iran connecting Tehran, Hamedan and Sanandaj. And insistent rumors persist that China in the long run may even replace cash-strapped India in developing the strategic port of Chabahar on the Arabian Sea – the proposed starting point of India’s mini-Silk Road to Afghanistan, bypassing Pakistan.

So amid the business blitz, Beijing is not exactly thrilled with the US Department of Justice setting its sights on Huawei, essentially because of hefty sales of value-for-money smart phones in the Iranian market.

Have Sukhoi will travel

Russia mirrors, and more than matches, the Chinese business offensive in Iran.

With snail pace progress when it comes to buying American or European passenger jets, Aseman Airlines decided to buy 20 Sukhoi SuperJet 100s while Iran Air Tours – a subsidiary of Iran Air –  has also ordered another 20. The deals, worth more than $2 billion, were clinched at the 2018 Eurasia Airshow at Antalya International Airport in Turkey last week, supervised by Russia’s deputy minister of industry and trade Oleg Bocharov.

Both Iran and Russia are fighting US sanctions. Despite historical frictions, Iran and Russia are getting closer and closer. Tehran provides crucial strategic depth to Moscow’s Southwest Asia presence. And Moscow unequivocally supports the JCPOA. Moscow-Tehran is heading the same way of the strategic partnership in all but name between Moscow and Beijing.