Paul Manafort, indicted by special counsel Robert Mueller on charges unrelated to the 2016 election, has filed another motion to dismiss the charges within the 18-count indictment on tax and bank fraud-related charges, on a variety of grounds, including that the charges by team Mueller were beyond the scope of his initial mandate, which was to investigate; any links and/or coordination between the Russian government and individuals associated with the campaign of President Donald Trump,” including ” any matters that arose or may arise directly from the investigation.”

U.S. District Court Judge T.S. Ellis is hearing the motion to dismiss, and his statements to the attorney arguing the case on behalf of Mueller’s team, were at times brutal and sarcastic as he accused them of “lying” to the American people with the initial DOJ release detailing Mueller’s scope, after Deputy Solicitor General Michael Dreeben explained to the court that some of the special counsel’s “powers”  were secret, not revealed to the public, because they involved ongoing investigations and national security matters.

He summed up the argument of the Special Counsel’s Office as, “We said this was what [the] investigation was about, but we are not bound by it and we were lying.”

Judge Ellis also accused the special counsel of not caring about Manafort and just using him to target President Trump by making Manafort “sing.”

“I don’t see what relation this indictment has with what the special counsel is authorized to investigate,” Ellis said during an hourlong hearing in Alexandria, Virginia. “You don’t really care about Mr. Manafort’s bank fraud. … What you really care about is what information Mr. Manafort could give you that would reflect on Mr. Trump or lead to his prosecution or impeachment.”

According to a Reuters article, Judge Ellis repeatedly made the point that they were attempting to “assert leverage,” over Manafort.

“The vernacular is to ‘sing,’ is what prosecutors use. What you got to be careful of is they may not only sing, they may compose,” Ellis said, according to Politico.

Ellis is also demanding the special counsel’s office hand over to him the original “scope memo,” to justify charging Manafort for bank fraud from 2005 and 2007, which had nothing to do with the the mandate to investigate links between Russia and the Trump campaign.

None of the charges relate, however, to Trump’s 2016 presidential campaign or possible collusion with Russia. Trump has denied any collusion.

Manafort’s attorney Kevin Downing has argued that the charges must dismissed because the FBI investigation dates back to 2014, and therefore did not arise from Mueller’s probe.

The bulk of Friday’s questions by the judge were aimed squarely at Michael Dreeben, the deputy solicitor general who is currently working in Mueller’s office.

While Dreeben conceded that Mueller had inherited the probe into Manafort after his May 2017 appointment by Deputy Attorney General Rod Rosenstein, he insisted the office is on solid legal ground and has the power to proceed with prosecuting the case.

“Our investigative scope does cover the activity” in the indictment,” Dreeben told the judge. “Cover bank fraud in 2005 and 2007? Tell me how!” Ellis retorted. 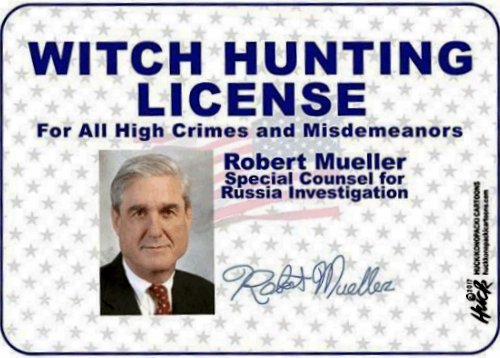 After being informed that a subsequent memo by Rosenstein gave Mueller the authority to pursue charges on Manafort that occurred before the 2016 election, the Judge pointed out the memo turned over to him was highly redacted, and demanded an unredacted version be submitted to him. When Dreeban attempted to tell the Judge the redacted portions did not apply Manafort, the Judge retorted “I’ll be the judge of that.”