‘Tell A Big Enough Lie And Tell It Frequently Enough, It Will Be Believed’

‘Tell A Big Enough Lie And Tell It Frequently Enough, It Will Be Believed’ By Susan Duclos – All News PipeLine

The little darlings, or un-informed brats depending on your opinion of them, from Marjory Douglas High School that have been used as puppets by gun control proponents are absolutely livid again, and pushing false news again, claiming that the NRA is hypocritical because they are banning guns during their annual convention.

The mainstream media is helping them spread this false narrative, this “fake news,” in their headlines, yet for those that click on many of the stories, the truth which contradicts the headlines is buried within.

HOW A MSM FAKE NEWS NARRATIVE IS BORN

Esquire: The NRA Believe In The Right To Bear Arms (Unless Its At Their Own Event)

ABC News NY: ‘Am I missing something?’ Parkland community shocked over weapons ban during Pence appearance at NRA event

The Daily Caller has even more pumping out similar headlines.

The implication is that the NRA is banning weapons at their convention when they fight against gun control proponents that want to buy weapons. That implication is clearly seen in how gun control proponents are spreading the news on social media, with the founder of MomsDemand and EveryTown supporter, Shannon Watts claiming “Once again, the @NRA will not allow attendees to be armed in the convention center when keynotes are speaking.” Celebrities are jumping on the bandwagon to spread the news to their supporters, with actor Morgan Freeman stating “Wait — doesn’t the @NRA & @DLoesch believe that more armed people means more safety??? So why would they disarm their audience? What if one “bad hombre” sneaks a weapon in and no armed “good guys” are there to shoot him/her dead?”

THE TRUTH OF THE MATTER IS…….

On and on it goes….. the problem is, while the NRA did inform their attendees that during VP Pence’s and potentially President Trump’s keynote speeches, “firearms and firearm accessories, knives or weapons of any kind will be prohibited in the forum,” and despite the misleading headlines, many of the stories above acknowledged that it is not the NRA that is “banning” anything, because in that same notice by the organization it states clearly “Due to the attendance of the Vice President of the United States, the U.S. Secret Service will be responsible for event security at the NRA-ILA Leadership Forum.”

The NRA was simply informing attendees that the Secret Service takes over security, and according to the SS spokesperson, found way down the article in paragraph 7 of the Washington Post story, “The NRA is complying with laws that prohibit firearms from being brought into areas where Secret Service protectees visit, agency spokesman Shawn L. Holtzclaw told The Washington Post in a statement Sunday.”

As was noted when the Secret Service took over security at the GOP convention when their protectees, specifically Donald Trump, was in attendance, Title 18, United States Code Sections 3056 and 1752, “permits the agency to overrule state open-carry laws when it is overseeing a protected site.” A statement at that time by another Secret Service spokesperson, Kevin Dye, “Only authorized law enforcement personnel working in conjunction with the Secret Service for a particular event may carry a firearm inside of the protected site.”

(1) the term “restricted buildings or grounds” means any posted, cordoned off, or otherwise restricted area—

(B) of a building or grounds where the President or other person protected by the Secret Service is or will be temporarily visiting; or

(C) of a building or grounds so restricted in conjunction with an event designated as a special event of national significance; and

(2) the term “other person protected by the Secret Service” means any person whom the United States Secret Service is authorized to protect under section 3056 of this title or by Presidential memorandum, when such person has not declined such protection.

In other words, the NRA has only two choices, do not invite the VP or the President, or any person that is under Secret Service protection, or comply with the law giving the SS control of security of “Restricted building or grounds,” when an individual they are protecting is on the premises.

Whether one agrees or disagrees with the law, or the SS not allowing weapons, to imply, and spread disinformation that implies the NRA is “banning” weapons is a deliberate attempt to spread fake news, via headline.

For the record, when the SS and their protectees are not in attendance, the attendees are allowed to carry their firearms at the NRA convention. 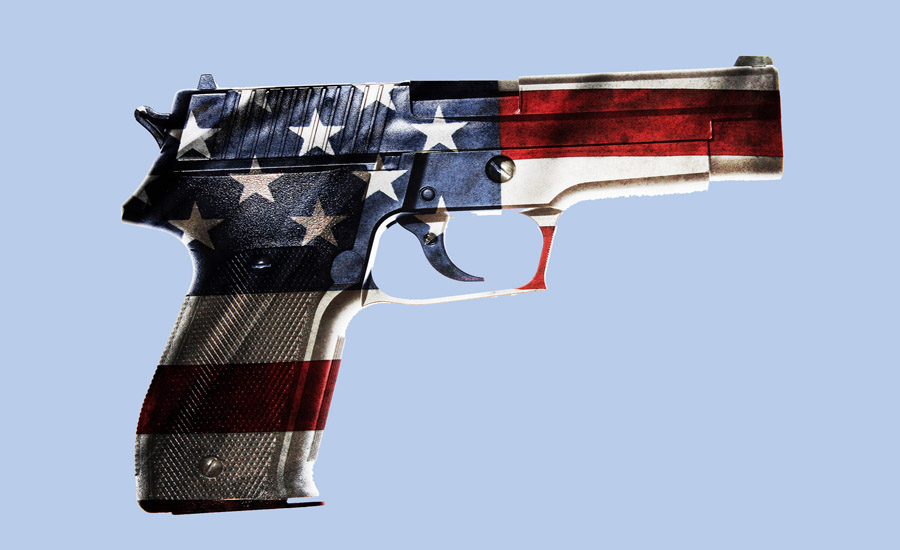 WHY THE MSM GETS AWAY WITH DELIBERATELY MISLEADING