In the long term, what the Trump administration did may be the best thing that ever happened to China. A good comparison is Russia, where the equally ridiculous and illegal bans, boycotts and sanctions have turbocharged Big Bear’s financial sector, agriculture, hydrocarbons, manufacturing and industries.

Source article with all the images and hyperlinks: http://chinarising.puntopress.com/201… 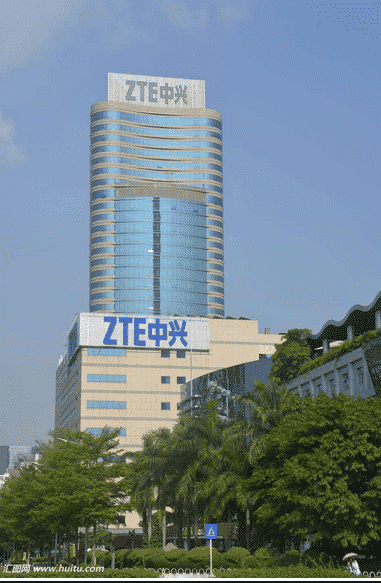 Picture above is ZTE’s international corporate headquarters, not far from where I live in Shenzhen. Above is the third title I gave for this article. The first two are just as apropos: ZTE is Uncle Sam’s latest bullet to the brain, hastening the West’s slow suicide, and ZTE- you can’t keep a good communist-socialist company down.

Last week, the United States banned ZTE, a Chinese telecommunications company, from importing anything from the US for seven years (https://www.commerce.gov/sites/commerce.gov/files/zte_denial_order.pdf). Why? Because ZTE supposedly did business with Iran – again, contrary to the US’s illegal sanctions on the Islamic Republic. Thirteen months ago, Uncle Sam extorted a record $1.2 billion out of ZTE for doing business with Iran, as if it should matter (http://www.scmp.com/tech/china-tech/article/2076867/chinas-zte-pay-record-us12bn-fine-violating-iran-north-korea).

This whole story is a point of local pride for me. ZTE is a Shenzhen company. I drive by their corporate headquarters and see their modern tower in the central business district. While not a huge business by Fortune 500 standards, it is one of the most successful telecommunications companies in the world. ZTE is also a state-owned enterprise (SOE), meaning 100% commie-red, which one of my alternate titles alludes to.

Within hours of the US’s announcement, Baba Beijing (China’s leadership) was conducting high level meetings in Shenzhen and the capital, to discuss the total ban’s implications (https://www.reuters.com/article/us-usa-trade-china-chips-exclusive/exclusive-china-looks-to-speed-up-chip-plans-as-u-s-trade-tensions-boil-sources-idUSKBN1HQ1QP). In the public sphere, the national media are subdued, but resolute (http://en.people.cn/n3/2018/0419/c90000-9451570.html and http://szdaily.sznews.com/PC/content/201804/20/content_348538.html). In the Chinese language press, the tone has been more defiant and patriotic, calling it trade blackmail (http://opinion.china.com.cn/opinion_33_184133.html), which is of course true.