Most people who depend on the slimestream media for their news haven’t a clue as to what is really happening in the world. We patriots, who have learned to doubt the narratives the government and the media feed us, who have learned to connect the dots and look for patterns, have at least a general idea what is really going on, but even we don’t know the details. The media have for a long time spiked certain stories and overemphasized others, and have given us opinions disguised as facts, but now they have reached the point of lying outright about almost everything of any importance.

According to most estimates, six major companies control most of the media; if we generously guess that about ten or so people dominate each company, then, at most, about sixty or so extremely wealthy people tell us everything they want us to believe about the world. Of course, there are a few alternative print magazines and newsletters, like the John Birch Society’s excellent New American magazine, and we still have some patriot sites on the internet. But, gradually, Google, U-Tube, and Facebook are beginning to censor the net; in the last year or so it has become a good deal more difficult to research articles like this one. 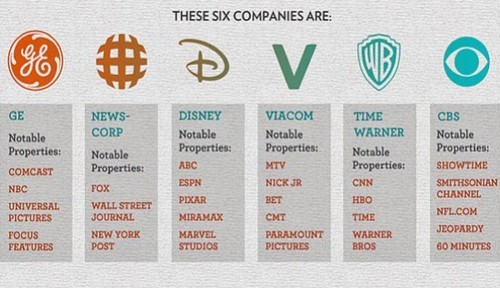 This control of the media apparently really began in the early twentieth century when the Rockefellers and other wealthy people began buying up many of the newspapers. They kept FDR’s crippling disability pretty much secret, and none of them ever told us about the real causes of the Great Depression or the betrayal at Pearl Harbor. But the JFK murder marks a kind of watershed for control of the media. Millions of ordinary Americans have been able to connect the dots and figure out that Lee Harvey Oswald, if he even fired the shots, did not act alone.

But aside from a miniseries on the History Channel some years ago, the media operatives, many of them quite intelligent and able to avail themselves of sources not available to the rest of us, have never told us the truth or even openly doubted the official narrative. And consider this: every FBI Director from J. Edgar Hoover until now has refused to tell the truth, and every President since 1963. Those who trust either the government or the slimestream media are UIs…useful idiots, self-deluded fools. They are, indeed, the American sheeple.

Before taking another look at certain recent events, remember the one time a part of the truth leaked out…only to be reburied by the media and soon forgotten by the sheeple. On 5/3/15 two Muslim terrorists attacked the Curtis Caldwell Center in Garland, Texas, which was hosting speakers who have warned us about Islam. They wounded a security guard and were sent to Hell by an off duty police officer, who shot them dead. But their plans were known in advance by our wonderful FBI, and an FBI agent even drove them to the scene and then withdrew some distance to videotape the hoped-for mass murder of infidels. But he was spotted, whereupon he fled, but was then captured by local law enforcement…only to be released without charges, and never disciplined by the FBI, who, as always, never bothered to explain the incident.

All of this is thoroughly documented. Think about it. The agent deliberately tried to set up a mass murder, and the higher ups in the FBI (who have recently proven themselves to be politicized and corrupt) were okay with it. In other word, they ordered, or at least approved of this attack. Keeping this in mind, take another look at the first WTC bombing, the one before 9/11, when the FBI admitted that they knew in advance that the Muslim terrorists (brought into our country by “our” government) were going to plant bombs in the parking garage of a WTC building and failed to stop them or even substitute fake explosives for the real stuff. They claimed that they were doing a sting operation, but sane and normal human beings do not risk thousands of lives to do a sting. Then, with all this in mind, take another look at all the other mass shootings and bombings of recent years, including 9/11. But the media will not connect the dots and the UIs cannot think for themselves. 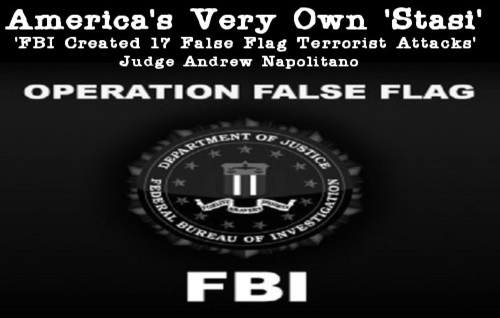 We still have absolutely no idea what happened in Vegas, where Steven Paddock, for no known reason, allegedly shot 480 people, killing 58 of them, by firing 1,100 rounds at the extreme distance of 490 yards, meaning almost half his rounds hit people, making him the greatest marksman on Earth. He allegedly killed himself, and as “proof” our masters released a photo showing someone’s lower legs lying on the floor. They could be Paddock’s legs or someone else’s, and the owner of the legs could be dead, or very much alive. Sheriff Lombardo and the FBI changed their story over and over, contradicting themselves…a pattern that is becoming all too familiar.