Mark Zuckerberg Is Dr. Frankenstein And Facebook Is The Monster He Created

Mark Zuckerberg Is Dr. Frankenstein And Facebook Is The Monster He Created By Susan Duclos – All News PipeLine

When it was revealed back in 2010 that Mark Zuckerberg, in private exchanges, had called his initial users “dumb f*cks” because users “trust me,” while offering to hand over any information his friend might want on any Harvard student, writers gave him a pass, chalking it up to “youthful foibles.” 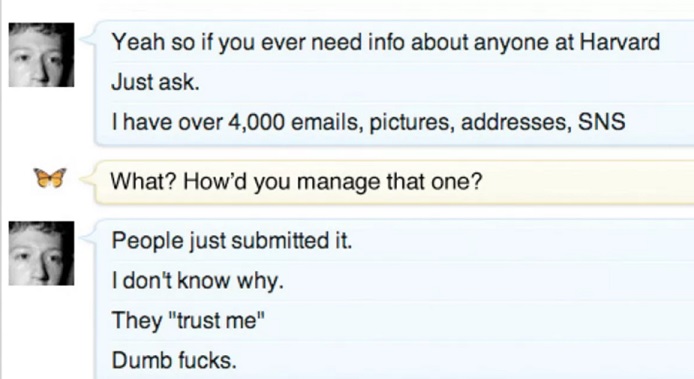 At the time Zuckerberg claimed he “absolutely” regretted his comments and actions, claiming that since those embarrassing messages, he had “grown and learned a lot.”

That is true, back then his “monster” had about 4,000 users and all their data, and now they tout 2 billion users, and yes, he has certainly “learned” a lot of information about those users. The only thing Zuckerberg “regretted” was that his private communication was exposed.

Related Flashback: At last — the full story of how Facebook was founded

Throughout the years since then, multiple scandals have rocked Facebook which has highlighted Zuckerberg’s continued lack of respect for users and their privacy, but over the past weeks, information has emerged that shows conclusively that Frankenstein’s monster is completely out of control. 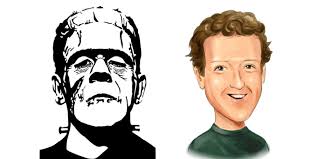 It was recently discovered that the data of 50 million users had been collected by a third party via an app. As the scandal grew, it was revealed that number was significantly higher with estimates of 87 million users were affected. In early April, Facebook’s CTO Mike Schroepfer, informed users that all 2 billion should simply assume their information had been “scraped.”

However, malicious actors have also abused these features to scrape public profile information by submitting phone numbers or email addresses they already have through search and account recovery. Given the scale and sophistication of the activity we’ve seen, we believe most people on Facebook could have had their public profile scraped in this way.

In response to this growing scandal, Facebook offered users an option to download their archive data in order to understand how muchinformation the company had compiled about their users, which opened a very large can of worms. The information contained in those downloads showed that Facebook had archived phone call and text message meta data from their Android smartphones, including names of contacts, phone numbers, call lengths and SMS and MMS metadata. 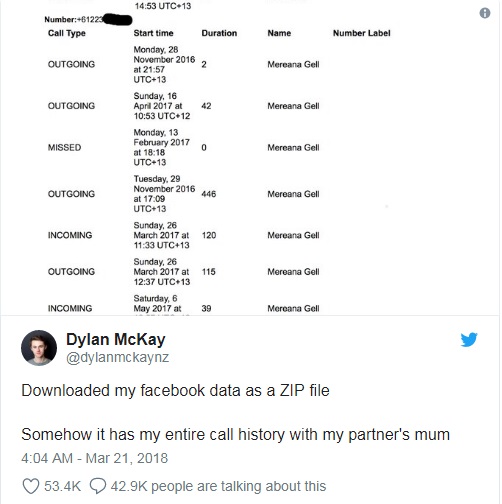 Also discovered in the archived data downloads was the fact the videos that users thought they had deleted were still being retained in their archives, meaning Facebook still had them despite the fact that the user deleted them. Facebook claimed that was a “bug,” and the glitch was unintentional.

The videos in question were taken when Facebook allowed users to shoot videos directly from a browser. Even un-published videos were kept by the social media company, reigniting old questions about the company’s ability to monitor the posts that users decide not to share. The browser video tool, now defunct, worked by streaming videos to Facebook as they were being recorded, rather than after they were posted, hence the purgatory of un-posted videos.