In this March 25th story over at the Daily Mail titled “Care To Visit The Gulag, Comrade?” they report that Vladimir Putin and the Russian government are giving museum-style makeovers to some of the Soviet Union hell-holes where prisoners were executed, tortured, starved and frozen to death during the 1930’s through the 1950’s.

With the Perm-36 gulag one of the first to be revamped and being glorified to “reinforce a new narrative that Joseph Stalin was an ‘effective manager’ who made the Soviet Union great”, their story reports that such gulags were built “to house the ideological enemies of socialism”, of whom Stalin effectively ‘managed’ to slaughter millions.

Keep in mind, these were ‘ideological enemies’ of a totalitarian political philosophy. Most had committed no ‘crimes’.

With Stalin ‘effectively managing‘ to send ‘enemies of the state‘ to outposts all across the frozen tundra to “toil in the freezing cold indefinitely“, this October of 2013 story from the Daily Mail titled “Stalin’s Gulags And His Left Wing British Apologists”reported this stunner that should sound loud and clear to awakened Americans in 2018: “Such a system — whose goal was ‘social justice, relied on any number of Western apologists to deny what others had witnessed first-hand.” 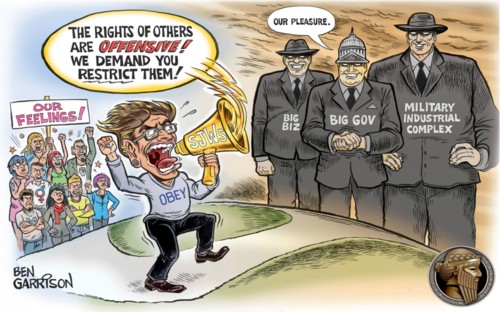 As Nikita Coulombe reported in this September of 2016 story over at Medium titled “Social Justice Warriorism As The New Communism”, “Social justice warriorism has been slowly suffocating popular culture and the education system like some kind of medieval crushing torture. Academics can now have their careers ended when they highlight factual information, say something others deem offensive or merely ask a question.”

With truth now considered treason in the empire of lies we live within and our educational system preaching the same kind of ‘social justice’ that eventually led to the slaughter of millions of people during Stalin’s reign of terror, the fact that the extreme brutality that was carried out by Stalin WAS ACCEPTED by the masses “provided it was meted out in the name of social justice” should tell us everything we need to know when we look at what is happening today.

As Pastor Carmack reported in this March 20th ANP story titled “These Haunting Words From The Gulag Have Come To Pass In America As The ‘Last Bastion Of Freedom’ Has Become Dreadfully Degraded”, much of what Russian dissenter and real-life gulag prisoner Aleksandr Solzhenitsyn warned about long ago in his experience of living within the reign of terror of Stalin is now happening here in America to this very day: And like the reign of terror of Stalin, America had forgotten God.

And while many believe that ‘gulags in America’ will never happen, the fact that Hillary Clinton uttered the following wordsback in 2015 should give us another reason to be thrilled that President Trump is in office despite his flaws.

As I have gotten older, I have decided we really need camps for adults,” she said to laughter.

“And we need the kind of camps you all run.” “None of the serious stuff, not of the life-challenging stuff; more fun!” Clinton continued.

“I think we have a huge fun deficit in America. And we need to figure it out how to fill that fun deficit, certainly for our kids, but also for the rest.”

“We need some reminder about life skills from time to time, maybe some enrichment, certainly some time outdoors.” 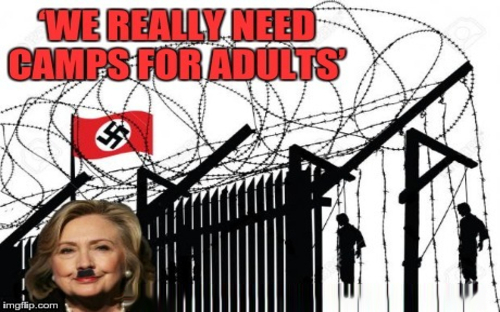 The significance of her remarks were not lost on the Daily Caller:

On an entirely unrelated note, “joycamp” was the Newspeak term for forced labor camps in George Orwell’s “1984.”

Nor upon the Washington Free Beacon:

Instead of forcing all of us to go to a camp put together by Big Brother, maybe Clinton should focus on having her own fun. Instead of proposing we all go back to the fourth grad, Clinton might want to focus on how, as president, she would deliver better paying jobs that offer the financial flexibility to engage in more enjoyable activities.