Evil Doesn’t Care About ‘The Truth’

Going back decades, the usurpation of America that has allowed people such as just-fired FBI-trash Andrew McCabe to accumulate over 11 million dollars in unfound wealth while selling their souls and the national integrity of our nation’s most pre-eminent law enforcement agency to protect and conceal corruption at the very highest levels of US politics has created a very real ‘alternative reality’ in our country. A reality where truth is called lies and lies considered ‘what is real’.

With that ‘alternative reality’ perfectly seen in Hillary Clinton being one step away from the presidency in 2016 and adored by tens of thousands despite a laundry list of crimes including treason that would have led to her execution in almost any previous era and in many countries to this very day around the world, as Susan Duclos reported on ANP on March 17th, those who are now screaming the loudest in their panic against President Trump’s mission to return America to the rule of law are clearly among the ‘most guilty’ and they’ve for decades inhabited the highest places in our justice system here in America.

While people such as James Comey claim the American people will hear ‘his story’ very soon (but will it be ‘the truth’?) while former CIA Director John Brennan recently issued another veiled threat towards President Trump, we must always remember as we go forward that evil does not care about ‘the truth‘ nor does it bother itself with ‘playing by the rules’ in its’ ‘alternative reality’.

While the left screams mindlessly for gun control and disarming law-abiding American citizens, as Steve Quayle tells us, “the liberals ‘veneer’ is just a soft core cover for full-scale communism” and as history has proven to us over and over and over again, what historically follows the disarming of a nation’s people has been full-scale genocide. 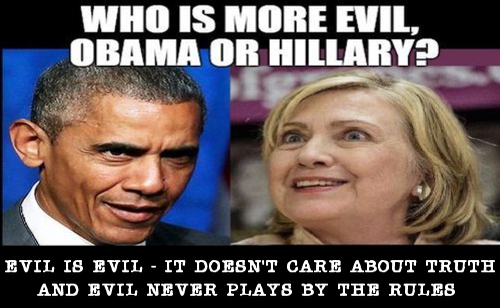 And if ‘the left’ really cares anything at all about gun violence in America, why didn’t they say anything at all about Barack Obama’s DOJ ordering 500,000 fugitives be deleted from the criminal background check system in 2016, allowing more than 500,000 people with outstanding warrants to potentially acquire guns? Or were they just ‘Obama’s guys’ so it didn’t fit their narrative?

And was that move part of Barack Obama’s ‘war to take down America’, including the prepositioning of billions of dollars of arms and ammunition across the country while allowing ‘trojan horse terrorists’ into the country, battle-trained Muslims who’ve fought in Syria and Iraq and who hate America, while he also armed Mexican gangs through ‘fast and furious’?

Just like Harvey Weinstein and his ‘serial’ abuse of young actresses that went on for decades, if anyone expects the ‘Clinton crime family’ and corrupt leftovers from the Obama administration still within the ‘deep state’ to simply roll over and admit to their wrongdoings, actually allowing the truth to be known, they’d be terribly mistaken. How often do those who’ve committed horrific crimes, or treason, actually come out and scream “I did it!”? They’ll take ‘the truth’ to their graves with them if we allow them to.

With the ‘war upon the truth’ also perfectly seen in ‘big tech’ and the mainstream media apparatus marching lock, stock and barrell with the tyranny of the ‘corrupt deep state’, with youtube soon to provide ‘debunking boxes’ for those who might stumble upon a viral ‘conspiracy theory’ video that is actually the truth and be ‘red-pilled’ by it, ‘the battle’ rages on.

As Mike Adams the Health Ranger tells us in the final video below from Vimeo, a ‘civil war‘ in America has already begun with the cutting off of communication’s a key tactic used in wars throughout history. As Adams tells us, big tech is leading that war with all alternative points of views being censored and Adams warns us that this is merely one step, attempting to regain the control of the narrative, something they failed miserably at during the 2016 election. 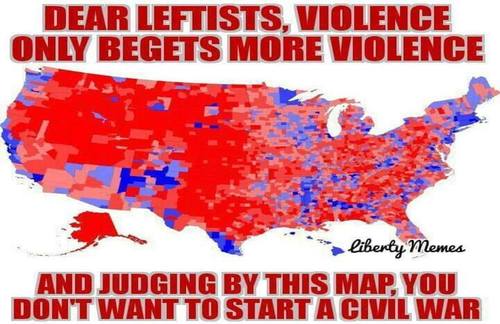 And now we learn that Democratic congressman Tom Suozzi recently suggested that Americans should use the 2nd Amendment to oppose President Trump by force. What would Suozzi or Nancy Pelosi say if President Trump suggested that Americans all across the country, who are completely fed up with high-level Congressional corruption, use the 2nd Amendment to oppose them? Why do corrupt Congressional members sitting in Washington DC, with their 15% approval rating, many whom have illegally enriched themselves while their American constituents suffer, believe themselves to be immune from justice?