“We’ve Got To DO Something About Syria!” Uh, No You Don’t. Please Don’t.

“We’ve Got To DO Something About Syria!” Uh, No You Don’t. Please Don’t. by Caitlin Johnstone – The Greanville Post

“If you ever want to make sure you’re on the correct side of history regarding foreign policy, just look at what the neocon think tanks and liberal interventionists are advocating, and then advocate the exact opposite…” 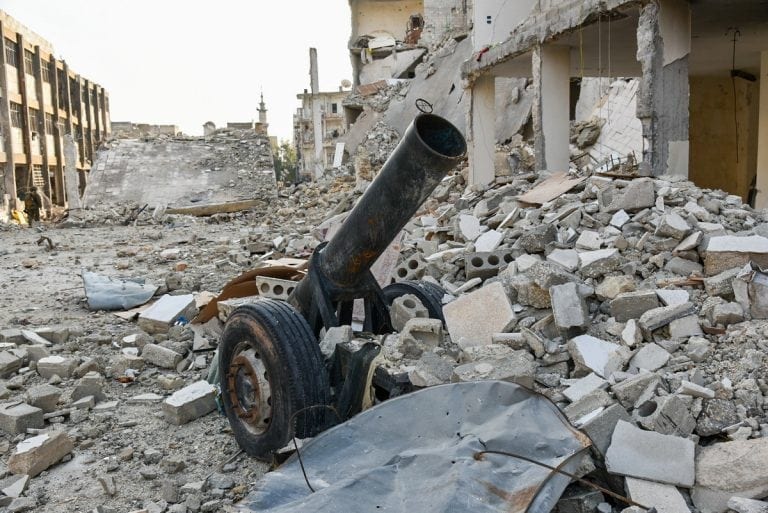 “Kindly let me help you or you will drown,” said the monkey putting the fish safely up a tree.
~ Alan Watts

“We’ve got to do something about Syria!” goes the common western refrain.

Actually, no you don’t.

“What? You’re saying we should just do nothing??” goes the common response.

Yes. Yeah that’d be great. Definitely please get as far away from Syria as possible, thanks.

The cutesy fairy tale you will hear from empire loyalists is that what started out as peaceful protests slowly morphed into a battle between the Syrian government and various terrorist factions, with the west only backing the terrorists later on in the conflict. This is false.

Last October, former Qatari Prime Minister Hamad bin Jassim bin Jaber al-Thani admitted on television that the US and its allies were actively involved in shipping weapons to violent extremist groups in Syria from the very beginning of the war there in 2011. In an article titled “The day before Deraa“, the American Herald Tribune‘s Steven Sahiounie documents how CIA-backed foreign mercenaries/terrorists were already in place ready to go prior to the outbreak of violence in Deraa in March 2011. It is now an openly admitted fact that the CIA and US allies have been arming known terrorist factions in Syria. If you know anything about the CIA and the western war machine, none of this will surprise you.

The violence in Syria that you see today is the direct result of a deliberate and ongoing destabilization campaign by the western empire against a nation it has had marked for regime change for a very long time. The war machine which ignited this fire is working to manufacture public support for hosing it down with gasoline.

Iam not an isolationist. I do not oppose NATO interventionism in Syria from any kind of right-wing paleocon perspective that nation building and interventionist wars ought to be avoided because they are expensive and create refugee crises. I oppose US-led regime change interventionism in Syria because the empire started the Syrian war and is now using lies and propaganda to manufacture support for additional use of military force with the goal of preventing Syria and its allies from restoring stability to the nation. These hand-wringing “won’t someone think of the children” intervention advocates are calling for even more killing and destruction by the very empire which ignited and perpetuated the killing and destruction in the first place.

THIS PIECE IS OF SPECIAL IMPORTANCE SINCE THERE’S REASON TO SUSPECT THE EMPIRE IS PLOTTING—WITH THE ASSIST OF THE USUAL ACTORS, LIKE THE WHITE HELMETS— A HUGE FALSE FLAG INVOLVING (AGAIN!) THE PHONY CLAIM THAT PRES. ASSAD IS USING CHEMICAL WEAPONS AGAINST HIS OWN PEOPLE. THE OBJECT IS TO EXPAND THE WAR WITH THE US INTERVENING MORE DIRECTLY TO TOPPLE THE CURRENT GOVERNMENT. THESE MURDERERS AND THEIR MEDIA PRESSTITUTES HAVE NO DECENCY, SO BE PREPARED FOR THE WORST.

If you ever want to make sure you’re on the correct side of history regarding foreign policy, just look at what the neocon think tanks and liberal interventionists are advocating, and then advocate the exact opposite. US-led regime change interventionism always makes things worse, never accomplishes what its proponents claim it will accomplish, and inflicts additional death and suffering upon innocent people in a way that always benefits the rich and powerful of the western empire. And when the intervention fails to unfold as its proponents promised, as it literally always does, they say “mistakes were made” and blame it on the mismanagement of whomever happened to be in charge at the time.