The perpetually offended snowflakes on the left that claim they are all about “diversity,” have now been triggered because the New York Times’ editorial page editor, James Bennet, decided to hire anti-Trump conservative writers to offer “diversity,” of opinion about political issues in their op-ed pages, to balance out the liberal lean of the paper itself.

We have been watching a cultural war play out over the last months at the New York Times, where the liberal writers and readers are bitterly complaining about Bennet’s decision to offer viewpoints that do not conform to their liberal ideology. Offended employees  have leaked recordings of internal discussions to Huffington Post, while far left websites are whining about being yanked out of their safe spaces by seeing news about the “intolerant left,” on college campuses attacking free speech, and how “collective victimhood” has become the norm for social justice warriors, just to name a couple op-ed NYT articles that have liberal website Slate declaring “Our bubbles have been popped. Now can we move on?”

We’ll get to the articles that Slate is whining about in a minute, but first, in order to see the what liberals are finding the most offensive, we lok at Bennet’s reasoning for wanting to offer “diversity” of opinion in the editorial pages.

According to the leaked video, which Huffington Post transcribed, Bennet said the following:

Most of our readers [inaudible] are liberal. I think if we show we take conservatives seriously and we take ideas seriously there, we get a lot more moderates paying attention to what The New York Times has to say. I think we lose the moderates completely if we just show that we think the conservatives are just, that there’s no point in even engaging their ideas or to debate with them.

If ANP readers think that is a reasonable assertion and goal, well, liberals vehemently disagree as that one quote is actually being called one of  “The Worst Parts of New York Times Opinion Editor James Bennet’s Leaked Q&A With Staffers,” as headlined, and quoted by the leftist website Splinter.

While the leaked transcript of the December 2017 meeting between Bennet and staffers, gives an overview first by Bennet on his vision of what he wants from the editorial pages, then a Q&A session after, the small portion of the from the beginning of his statement, is obviously the root of the issue with the subsequent complaints by progressives about the articles themselves stemming from the result of Bennet’s vision.

James Bennet: So the op-ed page was created to do a bunch of different things. But it was partly because this other paper was going out of business, and the feeling — in this very New York-centric moment, The New York Times obviously was an entirely print-centric world — was, there’s nobody to keep us honest anymore. You know, we’ll take our positions and there’s nobody arguing the other side. And so the Times very deliberately went out to create a space in our own universe where there would be people taking the other side and where we would, again, be able to cover — and you can see this in the initial statement for the op-ed page — we engage with the culture, engage with a wide range of subjects. And that’s remained the goal of the page and the ecology of the opinion report over time. But what you’ve seen is the kind of regression to the mean, I think, that takes place. And in many ways we became more and more homogenous as the years went by. I mean, all the work was excellent. But I think a degree of sameness set in and to the point where it now — to grievously overstate the case, the idea of debate is, you have one guy for the Brookings Institution and one guy from the Council of Foreign Relations arguing in the page.

That ladies and gentlemen is why liberals hate Bennet. He created a virtual “free speech zone” on the NYT campus (the paper) where opinions that were not part of the liberal “bubble” could be represented. 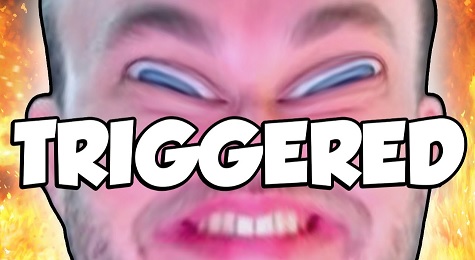 Which brings us to Slate’s complaints about specific op-ed articles being allowed to be printed by the NYT. Slate titles their piece “Sweet Jesus, Will the NYT’s Conservatives Ever Write About Anything but the ‘Intolerant Left’ Ever Again?”

David Brooks published a column in the New York Times on Friday complaining about the manner in which ‘[s]tudents across the country,’ having become obsessed with ‘group identity,’ are engaged in ‘tribalism’ and the oppression of dissenting viewpoints on campus.