The Rothschild Organ And Octoputin – Projection or Envy?

The Rothschild Organ And Octoputin – Projection or Envy? by Moon of Alabama

The title page of this week’s Economist: 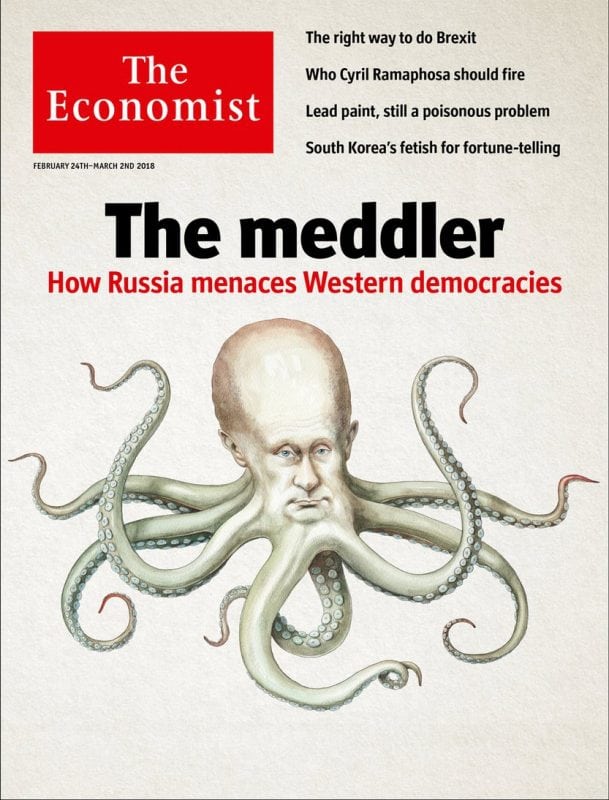 The Economist stands out for its filthy editorial line in regard to Russia, even by the revolting criminal standards of the Western media. The Economist editors peddle malignant nonsense, shamelessly. Period.

Now consider one of the earliest cartoons that used this image: 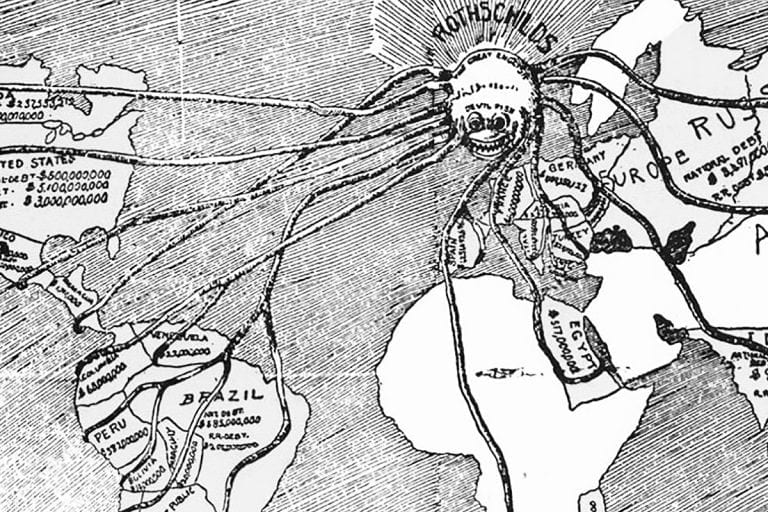 Is the publishing of the Putin squid by the Rothschild organ some kind of psychological projection? Or is it envy?

The picture of Putin as meddling octopus attacking democracies is of course dumb nonsense. There is no evidence that the Russian government was in any way involved in the U.S. election. The French and the German government have repudiated claims of “Russian hacking” in their countries’ elections. The one country that meddles everywhere and destroys democracies left and right is of course the United States.

The octopus in cartoons is often associated with antisemitic Nazi propaganda and therefore frowned upon. When the German Süddeutsche Zeitung depicted Facebook owner Mark Zuckerberg as an octopus which sucks up all data, the usual suspects were up in arms.

But historically the octopus cartoons were most often used to represent a country or empire.

Last year the Atlantic Sentinel wrote about The Octopus in Political Cartoons. Russia has frequently been depicted as such (1904, 1937 1948, 1950, …). Britain, France, Prussia, Germany, Austria, Japan and the U.S. were likewise caricatured as tentacled dangers. Britain’s Winston Churchill appeared as a bloodsucking sea monster.

In 1904 an octopus showed the Standard Oil company entangling the White House, Congress and the U.S. people. Today there are other companies, bankers and extremely rich families who have such undue influence. We should fear and fight their meddling and not the president of a comparably benign Eurasian country.

This work is licensed under a Creative Commons Attribution-NonCommercial 4.0 International License.