Defense Against Enemies both Foreign and Domestic

If you look at the nations just the U.S. beginning with Argentina through Mali, you will see a slight increase in the number of “intentional homicides” combined with an extremely low percentage of gun owners. It appears the U.S. has approximately 15 times the the number of gun owners as this particular group of countries but little difference in the number of homicides – wonder why that is? Oh, that’s right, because 99% of the gun owners in the U.S. own firearms for protection/defense against enemies both foreign and domestic. So, there’s really no need to run around shooting people for no reason, unless you live in Chicago or Baltimore. It seems these two cities it is required that people awaken each day and run down the street firing at anyone and everyone.  Oh yeah, these are democratic strong holds for the past 25+ years with strict gun laws. WOW, funny how’s that worked out.

I have heard it said the entire world watches as the gun-grabbers in the U.S. try their best to disarm the citizens. The citizens in every country around the world know and understand what is at stake. The only people that don’t seem to know and understand are the brain-dead liberal lunatics who believe the government is going to protect them and save them. The question I have is – since when did the government, any government, protect and save anyone.

The chart below was posted at The Burning Platform. 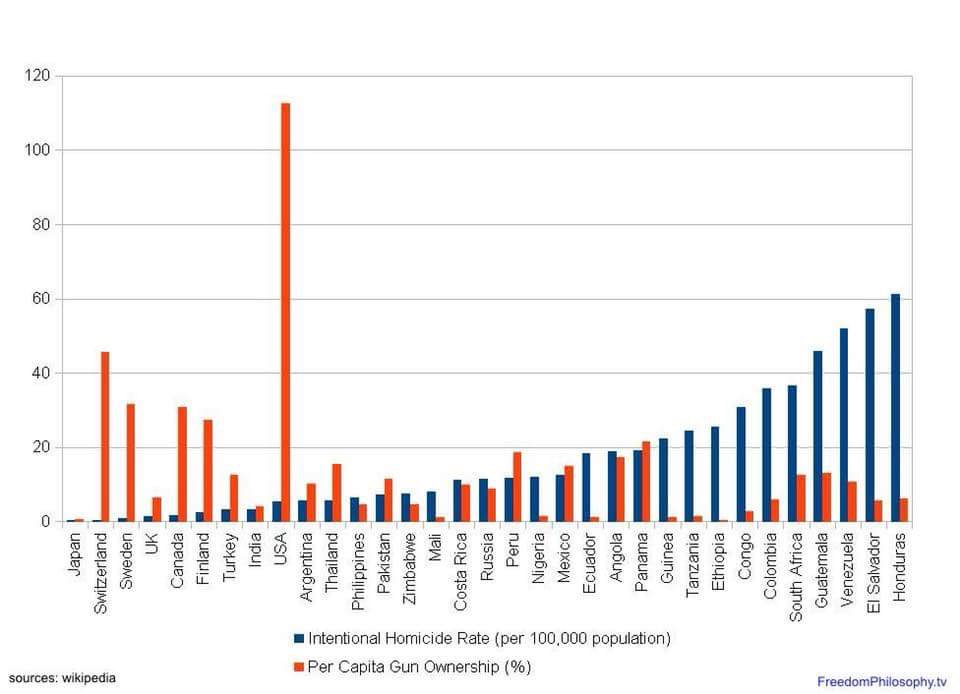