They say hindsight is 20/20 and never before has that expressions appeared to be more relevant as we watch the whole “Russia collusion with Trump,” narrative completely fall apart as we note that even going back to the initial DNI report which claimed that Russia meddled in the 2016 presidential election with what they referred to as “campaigns to influence US public opinion,” the report itself was corrupted by Obama/Clinton deep state players.

REFERENCES WITHIN THE ARTICLE

Before we attempt to unravel the tangled web that has been woven by multiple senior levels officials in a number of U.S. intelligence agencies, using information that has been revealed since the original Director of National Intelligence report titled “Assessing Russian Activities and Intentions in Recent US Elections,” that was issued on January 7, 2017, before President Trump took office, we will offer some brief reference points.

DNI Report: A declassified report issued by the DNI described in the report as “analytic assessment drafted and coordinated among The Central Intelligence Agency (CIA), The Federal Bureau of Investigation (FBI), and The National Security Agency (NSA), which draws on intelligence information collected and disseminated by those three agencies.”

It covers the motivation and scope of Moscow’s intentions regarding US elections and Moscow’s use of cyber tools and media campaigns to influence US public opinion. The assessment focuses on activities aimed at the 2016 US presidential election and draws on our understanding of previous Russian influence operations. When we use the term “we” it refers to an assessment by all three agencies.

FISA Abuse Memo: Four page report by the House Intelligence Committee which showed the DOJ and FBI used the Steele dossier to obtain FISA court warrants, and subsequent extensions of those warrants, to surveil Trump campaign team member Carter Page, without informing the FISA court that the Hillary Clinton campaign and the DNC funded the unverified dossier. (Memo embedded at the bottom of previous ANP article, here)

Grassley/Graham Criminal Referral Against Christopher Steele: 10-Page Senate Judiciary Committee document referring Christopher Steele to the DOJ for criminal investigation. This document, after certain redactions were eliminated, confirmed the FISA abuse memo from the House Intelligence Committee, regarding the use of the Steele Memo in FISA court applications to surveil Trump campaign member. The Grassley/Graham document also showed that Steele shopped his  dossier around to multiple mainstream media outlets. (10-page document embedded in a previous ANP article, here)

Strzok/Page Texts: In the course of a DOJ Office of Inspector General internal investigation of FBI and DOJ actions leading up to the 2016 presidential election, text messages between FBI senior agent, Peter Strzok and FBI Lisa Page, revealed a plot involving FBI senior officials to plan a “path” forward before the electionto help get Clinton elected, as well as put into place a “insurance policy” in the event that Donald Trump won the election. That “insurance policy” was later revealed to be the “Russia Probe.” Strzok and Page, via the texts, were also exposed as having been the source of multiple leaks to the press. 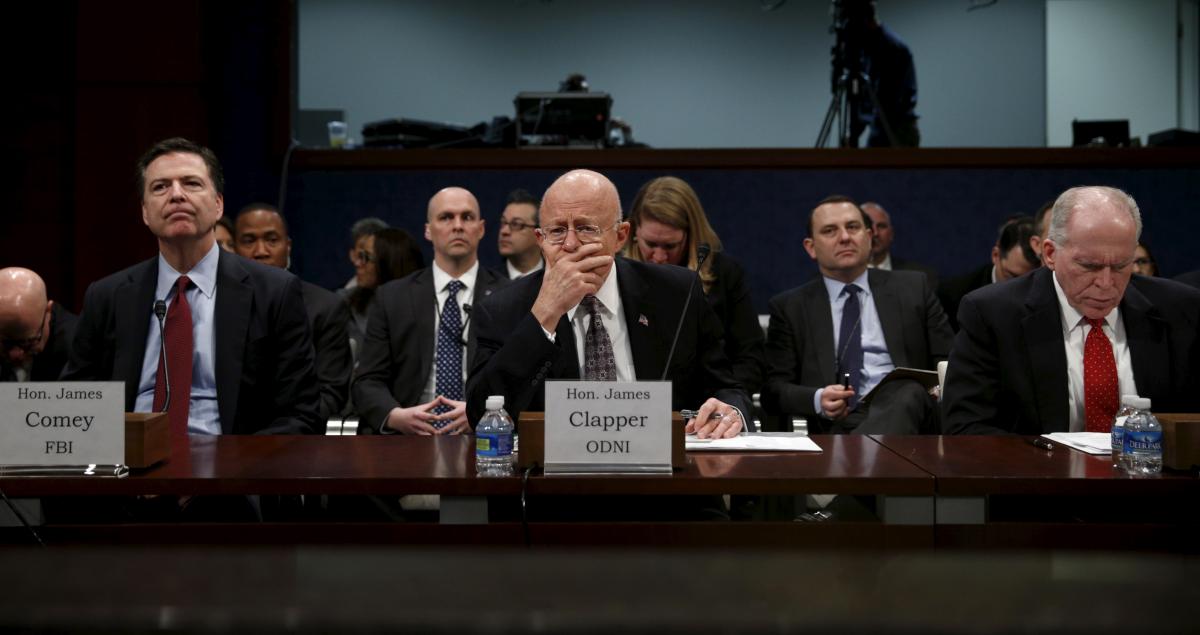 Information that continues to be revealed shows a tangled web of deceit that could perhaps be one of the largest conspiracies to be perpetrated upon the American public, and it is not just the “Russia/Trump colluding” hoax, but rather the entire assertion in the original DNI report, released by the former Director James Clapper, that claims The Central Intelligence Agency (CIA), The Federal Bureau of Investigation (FBI), and The National Security Agency (NSA) had a “high level of confidence” that Russia’s media campaign to influence U.S. voters was to “help Trump.”

Each of the three agencies that claimed they had a high level of confidence that Russia wanted to help Donald Trump, have now been implicated in using the Kremlin sourced Steele dossier, and other Russian intel, to manufacture the entire “Russian collusion with Trump” narrative. In hindsight, knowing what we do now, one has to question everything contained in the original DNI report.