The people who created Facebook and Google must be smart. They’re billionaires, their companies are worth multi-multi billions, their programs are used by billions around the world.

But all these smart people, because of Congressional pressure, have swallowed the stories about “fake news”. Facebook hired a very large staff of people to read everything posted by users to weed out the fake stuff. That didn’t last too long at all before the company announced that it wasn’t “comfortable” deciding which news sources are the most trustworthy in a “world with so much division”. We all could have told them that, couldn’t we? 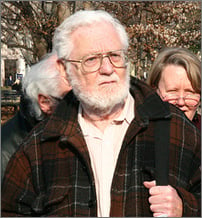 Facebook’s previous efforts to ask its users to determine the accuracy of news did not turn out any better. Last year, the company launched a feature that allowed users to flag news stories they felt were inaccurate. The experiment was shuttered after nine months.

“Fake news”, however, is not the problem. News found in the mainstream media is rarely fake; i.e., actual lies made from whole cloth, totally manufactured. This was, however, a common practice of the CIA during the first Cold War. The Agency wrote editorials and phoney news stories to be knowingly published by Latin American media with no indication of CIA authorship or CIA payment to the particular media. The propaganda value of such a “news” items might be multiplied by being picked up by other CIA stations in Latin America who would disseminate it through a CIA-owned news agency or a CIA-owned radio station. Some of these stories made their way back to the United States to be read or heard by unknowing North Americans.

Iraq’s “weapons of mass destruction” in 2003 is another valid example of “fake news”, but like the CIA material this was more a government invention than a media creation.

The main problem with the media today, as earlier, is what is left out of articles dealing with controversial issues. For example, the very common practice during the first Cold War of condemning the Soviet Union for taking over much of Eastern Europe after the Second World War. This takeover is certainly based on fact. But the condemnation is very much misapplied if no mention is made of the fact that Eastern Europe became communist because Hitler, with the approval of the West, used it as a highway to reach the Soviet Union to wipe out Bolshevism once and for all; the Russians in World Wars I and II lost about 40 million people because the West had twice used this highway to invade Russia. It should not be surprising that after World War II the Soviets were determined to close down the highway. It was not simply “communist expansion”.

Or the case of Moammar Gaddafi. In the Western media he is invariably referred to as “the Libyan dictator”. Period. And he certainly was a dictator. But he also did many marvelous things for the people of Libya (like the highest standard of living in Africa) and for the continent of Africa (like creating the African Union).

Or the case of Vladimir Putin. The Western media never tires of reminding its audience that Putin was once a KGB lieutenant colonel – wink, wink, we all know what that means, chuckle, chuckle. But do they ever remind us with a wink or chuckle that US President George H.W. Bush was once – not merely a CIA officer, but the fucking Director of the CIA!