As Turkish military and Syrian Islamist rebels in their employ try to overrun the Kurdish-held Afrin enclave in northwestern Syria where there is no US presence, they have has also stepped up the pace of airstrikes, artillery barrages and ground skirmishes against the Kurdish YPG militia near the the northern Syrian city of Manbij where the Kurdish forces are closely intertwined with US troops.

It is almost certain that US troops are in some way involved in these clashes and occasionally imperiled by the rebels and the Turks, seeing how not only do we know that they are there, but that the Pentagon has confirmed earlier this month that US troops in that area are “regularly” fired upon and “occasionally” fire back.

So in fact, taking place in Manbij are acts of war of one NATO member against another. There is non-trivial chance this will degrade into a full-blown Turkish-American clash.

The Turkish leader, Erdogan has now promised that when the Turkish-rebel coalition is successful in Afrin he will launch another offensive to dislodge the US-backed Kurdish militias from Manbij as well:

“’Operation Olive Branch’ will continue until it reaches its goals. We will rid Manbij of terrorists, as was promised to us before. Our battles will continue until no terrorist is left right up to our border with Iraq,” Erdoğan said in an address to ruling Justice and Development Party (AKP) colleagues in Ankara on Jan. 26. 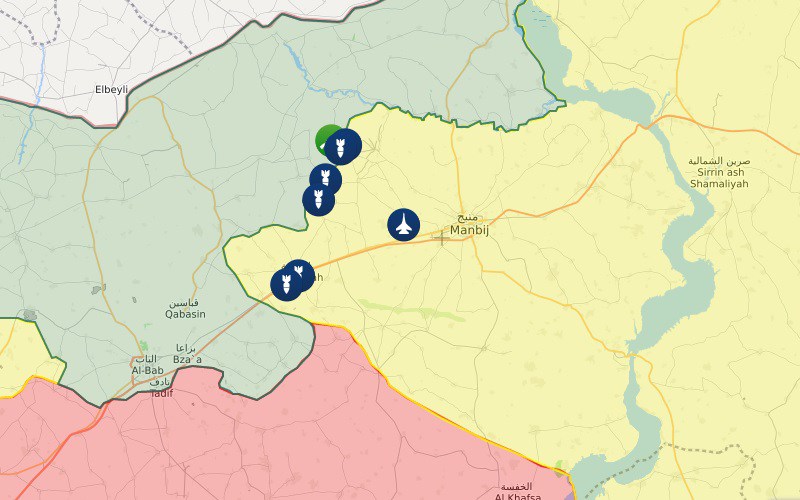 The Turkish leader being a notorious blowhard it would be easy to dismiss all of this as more of Erdogan’s bluster. After all the promise to march onto Manbij was made in a speech to his party faithful. His minister likewise was speaking to a smattering of Turkish journalists.