President Trump Is ‘Rocking That Place Left And Right’

– The Storm Is Here

While the mainstream media is still screeching over Democrats’ claims of President Trump calling some African countries “sh*tholes, (although Republicans that attended the meeting deny those claims) what they are not delving deeply into is the massive storm raining down on deep state, the MSM, and the liberal tech and social media giants that have aligned themselves with the media and deepstate, with their attempts to silence and censor conservatives while attempting to take President Trump down.

According to one former CIA Counter Terrorism, Counterintelligence and Staff Investigator, Kevin Shipp, who can be seen in the videotowards the bottom of this article, the Deep State is “terrified,” while members of the shadow government and the deep state are “running scared. He also asserts that members of the media are also “terrified” because President Trump has turned the tables on the deep state and the shadow government (which Shipp explains are different entities but are connected) and is “rocking that place left and right.”

THE PLAYERS THAT ARE “RUNNING SCARED”

The Media: The media has taken a severe hit during the Trump presidency, and while they are loathe to admit it, much of the distrust in the MSM has stemmed from their own bias, their own willingness to publish anything anti-Trump related without regard to whether it is true or not. This became apparent after multiple stories from a variety of some of the biggest networks, NYT, CNN, Washington Post, ABC News, CBS News, and MSNBC, have had to be corrected, edited, changed, re-headlined and in some cases completely retracted, and in other cases employees were forced to resign or were suspended, once the truth was revealed.

No matter how you cut it, 2017 was the most devastating and humiliating year for the mainstream media, perhaps in the history of news reporting.

Much of it is their own fault, reports dependent almost exclusively on anonymous sources that turned out to be false, while being fed deliberately fake anti-Trump news by some of their sources by deep state intelligence members and by Democratic politicians, for no other purpose that to make it go viral, set it in cement in the minds of their audience, so when the “corrections” or retractions occurred, the damage was already done because the majority of their audience already read the story, and never even saw those changes, edits, corrections or retractions.

Make no mistake, the media is being played like fiddles from both sides, with pro-Trump factions almost certainly offering tips and stories, knowing the media will run with them without bothering to verify and confirm, just to prove to the public that the MSM is deliberately acting as tools for the deep state and Democrats to harm a sitting president.

The media has taken a severe blow to their credibility, and the President consistently highlights every single blunder they make, publicly. 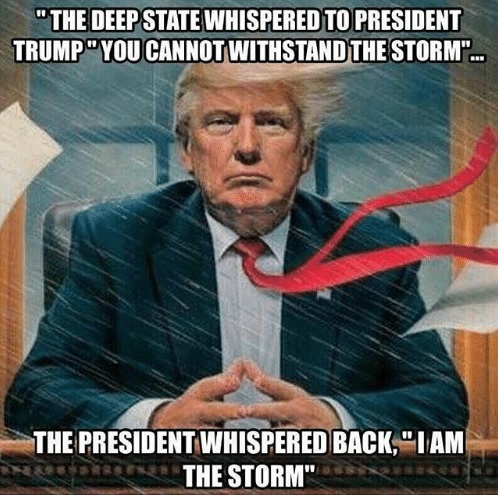 The Deep State & Shadow Government: While Shipp explains the differences between the deep state and the shadow government entities, the goal of both is the same, to stop President Trump from publicly exposing them, draining them from the swamp, and uncovering their past wrong-doings. They are failing miserably as we have seen member after member, such as FBI agent Peter Strzok and his lover FBI lawyer Lisa Page exposed for their conspiring to help Hillary Clinton get elected and setting up their “insurance policy” in the event that President Trump was elected. Said insurance policy was the Russia investigation. More recently reports on Strzok and Page’s text messages have spurred Congressional inquiries into the possible illegal leaking of information to the media.

Strzok also played a key role into the Hillary Clinton investigation and the subsequent changes to the official statements in which the FBI recommended no charges be leveled against her. Terminology changes included changing “grossly negligent” to “extremely careless” in reference to Clinton mishandling classified information in unsecured email exchanges and using a private server.