– How Many Scandals Have To Engulf Team Mueller Before He Is Disqualified?

Team Mueller appears to be a gift that never stops giving….. to President Trump.

Never have we seen a “special counsel” team become so embroiled in scandal, corruption, political bias and now, ‘improper” activities, with the recent accusation by the top lawyer of the Trump presidential transition team, that Robert Mueller’s team illegally obtained thousands of transition documents, including attorney-client communications and other privileged communications.

First lets go over the acronyms we will be using in this article: GSA – General Services Administration – An independent agency declared by congressional act to help “promote the orderly transfer of the executive power in connection with the expiration of the term of office of the President and the inauguration of a new President.” TFA – Trump for America also known as the PTT: Presidential Transition Team or PETT for President-elect Transition Team.

The attorney said they discovered the “unauthorized disclosures” by the GSA on Dec. 12 and 13 and raised concerns with the special counsel’s office. The Associated Press reported that the GSA turned over a flash drive containing tens of thousands of records on Sept. 1 after receiving requests from Mueller’s office in late August.

Those records included emails sent and received by 13 senior Trump transition officials. Among the officials who used transition email accounts was former national security adviser Michael Flynn, who pleaded guilty to a count of making false statements to FBI agents in January and is now cooperating with Mueller’s investigation.

The special counsel team, led by Robert Mueller, requested, without a subpoena, emails sent and received by Trump transition officials. GSA  handed over said transition documents, said to include thousands of emails, to the special counsel, in an act that Kory Langhofer, the counsel to (TFA) calls “unlawful conduct,” in a letter sent to the U.S. Senate Committee on Homeland Security & Governmental Affairs and U.S. House Committee on Oversight & Government Reform.

Via page one of the seven page document:

1. To inform the Committees of unlawful conduct that undermines the Presidential Transition Act of 1963, as amended, and will impair the ability of future presidential transition teams to candidly discuss policy and internal matters that benefit the country as a whole. More specifically, we write to inform you that (a) career staff at the General Services Administration (“GSA”) have unlawfully produced TFA’s private materials, including privileged communications, to the Special Counsel’s Office; and (b) although the Special Counsel’s Office was aware that the GSA did not own or control the records in question, the Special Counsel’s Office has extensively used the materials in question, including portions that are susceptible to claims of privilege, and without notifying TFA or taking customary precautions to protect TFA’s rights and privileges; and

2. To request that Congress act immediately to protect future presidential transitions from having their private records misappropriated by government agencies, particularly in the context of sensitive investigations intersecting with political motives.

Team Mueller denies the illegality of receiving the documents from the GSA, versus having to go directly to the TFA, who is claiming they legally owned the documents, stating “When we have obtained emails in the course of our ongoing criminal investigation, we have secured either the account owner’s consent or appropriate criminal process.”

Mueller’s team has not addressed how some of the information contained in those documents ended up being leaked to the press. Nor have they issued a statement on why they approached the GSA rather than TFA.

Mike Allen over at Axios explains the nature of what those emails included as part of the transition process: “The transition emails are said to include sensitive exchanges on matters such as potential appointments, gossip about the views of particular senators involved in the confirmation process, speculation about vulnerabilities of Trump nominees, strategizing about press statements, and policy planning on everything from war to taxes.”

This was highlighted by well known and respected law professor, Jonathan Turley, who states “Trump lawyers claim Mueller obtained privileged email through GSA. If so, it would be a uniquely stupid mistake that could taint the SC investigation.” Turley continues on to say “The privilege issue is a novel one but it was clearly inappropriate to use the GSA as an avenue to obtain emails that should be reviewed by counsel first.”

I specifically use Turley as the expert to quote because in a case like this we have liberal leaning lawyers favoring Mueller’s actions, while conservative leaning lawyers will make a different argument, but Turley has a self-proclaimed “socially liberal agenda” for the most part, while favoring the rule of law and is highly respected and the second most cited law professor in the country. 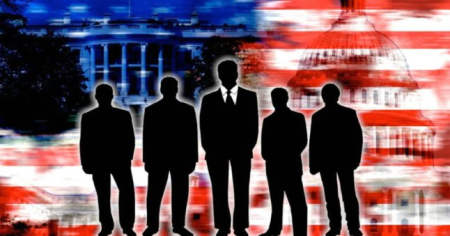 WHO ‘OWNED’ THE DOCUMENTS?

Bottom line up front: If TFA legally owned the documents than the GSA illegally handed them to Mueller’s team, something a team of career prosecutors and investigators would have been fully aware of. Kory Langhofer, TFA’s attorney, states in the letter to congress that “GSA had no right to access or control the records but was simply serving as TFA’s records custodian.”