This Is Bigger Than The Sex Scandals Rocking Hollywood, The MSM, And Political Establishment

This Is Bigger Than The Sex Scandals Rocking Hollywood, The MSM, And Political Establishment by Susan Duclos – All News Pipeline

As the Great Sex Panic of 2017 hits media outlets, Hollywood and national and state politicians, an even more disturbing scandal needs to be exposed in a big way, but instead it is being ignored by the media, reported on periodically before the MSM rush to move along to the next story, never bothering to connect the dots and look at the bigger picture which indicates a pattern of behavior in targeting our nation’s children for sexual abuse, with pedophiles using social media platforms as their hunting grounds.

Those who read the mainstream media probably are unaware of the rampant problem big tech seems to have where their algorithms are being used to target children by and for pedophiles, but the problem doesn’t begin or end there, as even the most least offensive example shows how disconnected big tech really is with the concept of right and wrong because they are too busy tweaking their algorithms to censor news and opinions that do not match their own ideology, they ignore the real problems facing the industry as a whole.

Recently Google was severely criticized for playing a survey showing pictures of children, asking “Which child do you like best?,” within an article titled “Cleveland Police investigating ’20 to 30′ historic child sexual abuse cases.”

I bring up this example first, despite it being the least offensive of examples I will detail below, because it ties directly into the point we made in our dangerous AI piece published the other day, where Amazon’s Alexa was “educating” people with information that was patently false information based on the ideology of the engineers feeding information into them, such as telling users Jesus Christ is a “fictional character,” and that there were more than two genders, Antifa is good, Alt-right is bad, etc…..

Whether it is an algorithm, such as the one that determined, without human intervention that adding a survey with pictures of children, asking which was liked best on an article about child sexual abuse, was appropriate, or Artificial Intelligence that teaches only what the programmers want people to “learn” or any other type of smart technology, the basic concept is flawed because machines, algorithms, AI, does not and cannot understand the concept of right or wrong.

Google’s tone-deafness in their response, shows that even the human beings running the company, simply do not “get” the concept of right or wrong either, because while they removed the survey in question from that article, they did so because, in their words, “we quickly recognized that it was distasteful.”

“They” realized it after multiple users on social media and Independent Media took them to task for it and it was not just “distasteful, it was completely inappropriate. 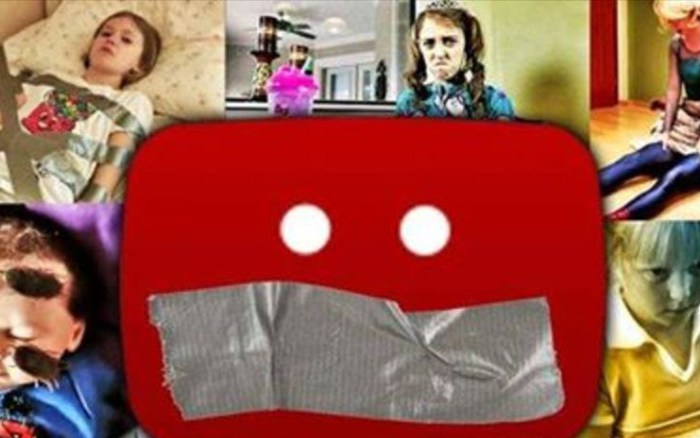 Before detailing the latest stream of issues big tech seems to have in protecting children on their platforms, I’ll highlight how this is an ongoing problem that has been happening for years, so it is not something that just cropped up and they need time to deal with.