If you feel lost in the cacophony of contrasting claims that Wall Street was adequately reformed under the Dodd-Frank legislation of 2010 or that it remains an insidious wealth transfer system for the 1 percent, then you need to invest one-hour of your time to listen carefully to some of the smartest experts in America address the topic.

A free one-hour video is now available (see below) which should settle the debate once and for all that the Dodd-Frank legislation of 2010 has failed to deliver the needed reforms to Wall Street’s corrupt culture and fraudulent business models and that nothing short of restoring the Glass-Steagall Act is going to make the U.S. financial system safe again.

Don’t let the grainy quality of the video turn you off (it was made from a live webinar): the integrity of the voices will quickly reassure you that you are watching something powerful and critical to the future of the U.S.

The background of the participants is as follows: 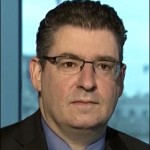 Dr. Marcus Stanley is the Policy Director of Americans for Financial Reform, a coalition of more than 250 national, state, and local groups who have come together to advocate for reform of the financial sector. Stanley has a Ph.D. in public policy from Harvard University and previously worked as a Senior Economist at the U.S. Joint Economic Committee.

Nomi Prins is a renowned author whose last book, All the Presidents’ Bankers, is a seminal work on the problematic relationships of Wall Street bankers and U.S. presidents over the past century. Prins is also a respected former veteran of Wall Street investment banks where she reached a top rung as Managing Director of Goldman Sachs.

Bartlett (Bart) Naylor is the Financial Policy Advocate for the nonprofit, Public Citizen, which since its founding in 1971 has served as the voice of the American people in Washington D.C. Naylor is an expert on corporate governance, financial markets and shareholder rights and previously served as Chief of Investigations for the U.S Senate Banking Committee.