A goldmine for those who don’t like either Trump or Israhell.

But what about Trumpeteers , AND, who also support Israel (i.e., Christians who support Israel no-matter-what cuz “those who bless Israel, blah blah”)?  How will they feel? Their heads might explode!  🙂

Even if you are pro Trump … ya gotta admit, the list below is pretty damning. It really is; ‘new boss, same as old boss’, at least when it comes to our dealings with Israel — the tail that wags the dog. 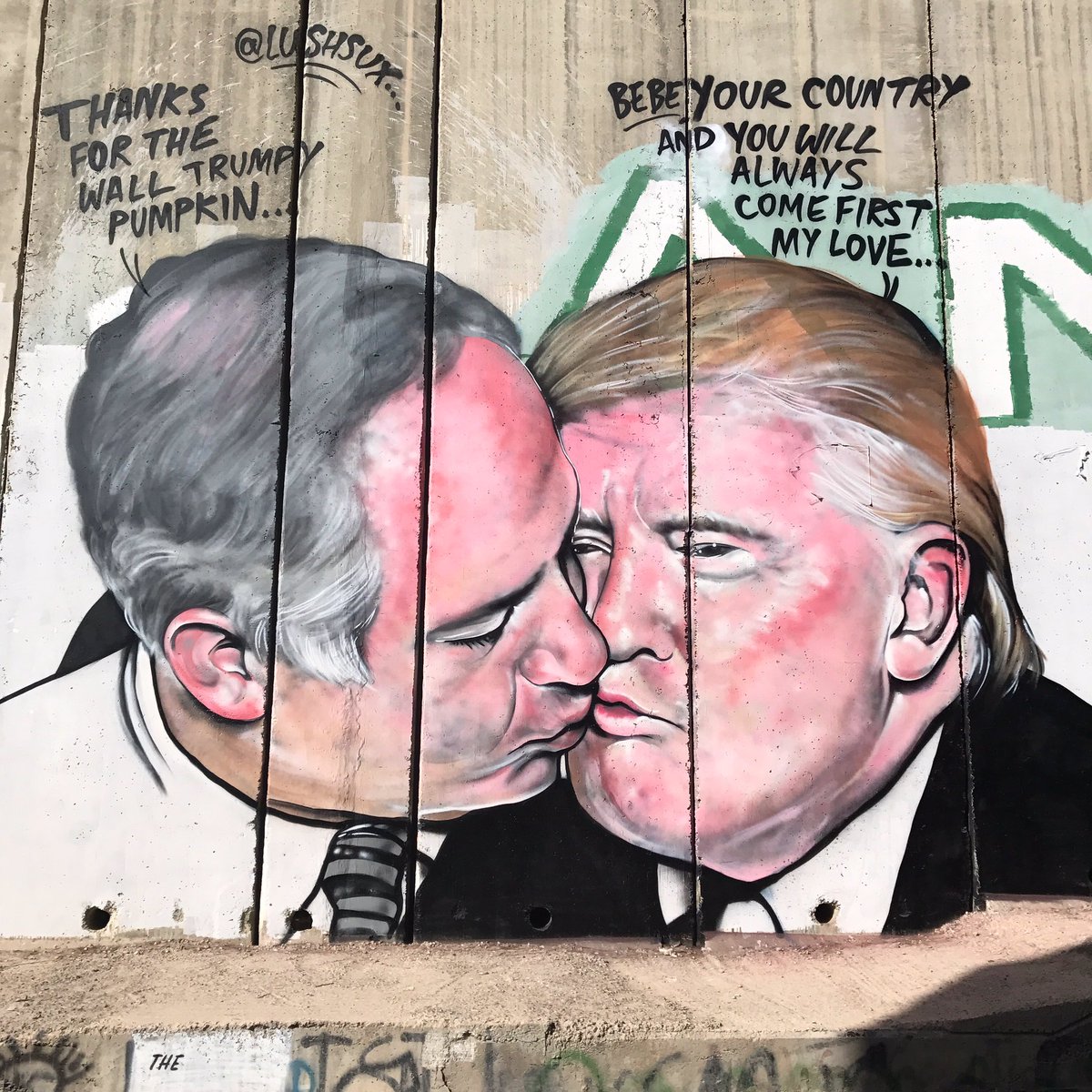 Note #1: I said I would continue SUBMITTING articles.

Note #2 to Admin:  Am I really banned from TBP?

Taken from a longer article entitled: Netanyahu & Israel lobby lead Trump to war with Iran on behalf of Israel at the excellent blog: If Americans Knew.

1)— After many years, Israel and ‘the 52 Presidents’ finally made the US withdraw from the United Nations Educational, Scientific and Cultural Organization (UNESCO) because of its detailed documentation of Israeli crimes against Palestinian people.  Trump complied with their demands.

2)— Tel Aviv demanded a Zionist fanatic and backer of the illegal Jewish settler occupation of Palestinian lands, the bankruptcy lawyer David Friedman, be appointed US Ambassador to Israel. Trump complied, despite the ambassador’s overt conflict of interest.

3)— Israel launched waves of savage bombings against Syrian government troops and facilities engaged in a war against ISIS-mercenary terrorists. Israel, which had backed the terrorists in its ambition to break-up of the secular Syrian state, demanded US support. Trump complied, and sent more US arms to the anti-government terrorists.

4)— Israel denounced the 2015 Iran Nuclear Deal Framework and signed by 6 major states and UN Security Council Members, (US, France, UK, Germany, China and Russia). A furious Netanyahu demanded that President Trump follow Tel Aviv and abrogate the multiparty agreement signed by his predecessor, Barack Obama.  Trump complied and the US is at risk of openly violating its international agreement. Trump parrots Netanyahu’s falsehoods to the letter: He raves that Iran, while technically in compliance, has violated ‘the spirit of the agreement’ without citing a single instance of actual violation. The 5 other signers of the ‘Framework’, the US military and the UN’s International Atomic Energy Agency have repeatedly certified Iran’s strict compliance with the accord.  Trump rejects the evidence of countless experts among US allies and ‘his own generals’ while embracing the hysterical lies from Israel and the ‘52’.  Who would have thought the ‘hard-nosed’ businessman Trump would be so ‘spiritual’ when it came to honoring and breaking treaties and agreements!

5)— Israel and the ‘52’ have demanded that Washington imprison and fine US citizens who have exercised their constitutional First Amendment Right of free speech by supporting the international boycott, divest and sanctions (BDS) campaign, which is designed to end the illegal Israeli occupation of Palestinian land and crimes against Palestinians.  Trump complied.  Americans may soon face over a decade in prison and complete economic ruin for supporting a peaceful economic boycott of Israeli settler products.  This will represent an unprecedented violation of the US Constitution.  At present, US public employees, like teachers in certain US states, are facing job loss for refusing to sign a ‘loyalty oath’ not to boycott products from Israel’s illegal settlements.  Desperate American victims of the floods and natural disasters in Texas are being denied access to public US taxpayer relief funds unless they sign similar loyalty oaths in support of Israel.

7)— Trump went against the advice of ‘his Generals’ in his own cabinet regarding Iran’s compliance with the nuclear agreement, and chose to comply with Netanyahu’s demands.

8)— Trump supports the long-standing Israeli project to maneuver a Kurdish takeover of Northern Iraq, grabbing the oil-rich Kirkuk province and permanently divide the once secular, nationalist Iraqi nation.  Trump has sent arms and military advisers to the Kurds in war-torn Syria as they attempt to grab territory for a separate ‘Kurdistan’.  This is part of an Israeli plan to subdivide the Middle East into impotent tribal ‘statelets’.

9)— Trump rejected the Turkish government’s demand to extradite CIA-Israeli-backed Fethullah Gulen, self-exiled in the US since 1999, for his leadership role in the failed 2016 military coup d’etat.

10)— Like all his predecessors, Trump is completely submissive to Israeli-directed ‘lobbies’ (like AIPAC), which operate on behalf of a foreign power, in violation of the 1938 Foreign Agents Registration Act.  Trump chose his Orthodox Zionist son-in-law, Jared Kushner, a callow real estate investor and prominent supporter for war against Iran, as his chief foreign policy adviser.