Have you heard about the coming Antifa attacks on November 4th? The goal is to bring down America through repeated violence. When the violence gets severe enough, the UN “Peacekeepers” will be called in.

Antifa: A Call to Arms 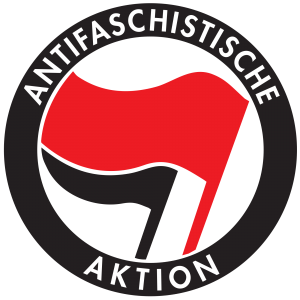 One hundred years ago, the Bolshevik Revolution was born and the most brutal form of totalitarian government was thrust upon an unsuspecting world. A century later, the American people will be receiving visits from the ghosts of Communism as the revolution has now entered the United States. All of the articles I have written in which I warned the world that Obama was a communist, he was the product of communists and his brand of communism was beginning inside our government and will enslave our people if we let it, largely fell on deaf ears. Again, as Steve Quayle has said on my radio show, “what is coming is no longer coming, it is here”.

Even Some of the Hoodwinked Get It

Below are the statements of a Black activist as he describes what could be  transpiring on November 4th. The insight expressed in the followed excerpts from a Youtube video is uncanny. This man gets it. He understands that Clinton, Soros and Rothschild are the enemies of everyone and that includes people of every race.

Excerpts From the Following Video

“The various black movements have been compromised and infiltrated. The BLM is not a black organization, it is being used to help those who want to start a civil war. Many black people are being set up to be slaughtered. We must put the race thing to the side, for now. The Democratic Party is using black people to fight whites for Antifa. Antifa is being paid for by Clinton, Soros, and Rothschilds. Black allegiance is the target. The whole plan is to take the guns away from people on the conservative side. November 4th is the day that Antifa has pledged to start the war. It is already here with the Las Vegas thing. That was a direct hit from the left. I want black people to understand that you are being used.

What is going on now is so much bigger than the issue of racial equality, it is about revolution against America. I am damn sure not going with Hillary and Soros. The people on the left are trying to get you to do their dirty work and start the civil war.  White, Blacks and Mexicans, they are coming after you. You are going to get slaughtered if you listen to them. Hidden powers are controlling the narrative. Trying to get you to hate white people.”

So, we have a first hand account of the recruitment of the foot soldiers for the American Bolshevik Revolution. Yet, every successful revolution has help on the inside.

Congressman John Lewis is a leader in the move to have the Democrats boycott the Inauguration. In doing so, Lewis is dividing the country.

Lewis was once a stalwart in defense of civil liberties. He marched with the great Dr. King. At one time, Lewis was a man that I considered to be a great American. What happened? Today, he receives support from groups that favor the overthrow of the Constitution.

New Zealand Journalist, Trevor Loudon, documents, through his documentary entitled The Enemies Within) how the Communist Party of the USA itself has adopted a stealth plan to achieve revolutionary goals by decisions made in the 1970s to infiltrate and manipulate the Democratic Party. Loudon’s newest work documents how Lewis is a member of several front organizations with strong ties to the Community Party.

“The Communist infiltration plan is to form alliances with the radical elements in organized labor in conjunction with radicals in the African-American community and the feminist movement to establish a progressive coalition on the left that could dominate the national political agenda for decades to come.”  John Lewis is a member of the Progressive Caucus which is a front group for the Communist Party. Lewis is not alone, but his actions and allegiances speak to his lack of commitment to the Republic and most importantly, the Constitution of The United States.

There are over 80 Congressman and Senators who identify and are members of front groups for the Communist Party and/or the Muslim Brotherhood, the largest terrorist organization on the face of the Earth. Former Congressional representatives West and McKinney agree.

A case in point, Elizabeth Warren, is the Trojan Horse of the Middle Class. She and Senator Kamala Harris are Muslim Brotherhood sympathizers. I am not talking Muslims or the religion of Islam, I am referring to the most senior terrorist group in the world, the Muslim Brotherhood. These 2 belong to their front organizations for the Muslim Brotherhood. Trevor Louden has fully exposed this in his new documentary, The Enemies Within. Over 80 Democrats in Congress fit this MO. And now you know why they had a tantrum when Trump is pausing immmigration in order to screen immigrants who come from a part of the world that rightfullly hates America. Does this fit the definition of treason? Why do Warren and Harris care if immigrants are screened? the recent events in Manhattan demonstrate the complicity of Warren and Harris!  With these associations and his continual efforts in dividing the country, this Congressman should resign. Our country has reached its saturation point with treason from its public officials. Lewis has lost all credibility. The entire story is in the video.

Every revolution is externally driven, yet there is normally insider help. This article establishes these links. There is more, much more, that I will be presenting. However, time could be short and I thought it best to put this in front of the American people now so that all of us can make informed decisions about our travels in the next few days.

Personally, I believe that it would be silly to announce one’s intentions and name the date. I don’t look for Nov. 4th to be a watershed date for this reason. However, forewarned is forearmed and these forces may be arrogant enough to carry out their threats.