Ethereum creator predicts cryptocurrencies will eventually be swallowed up by system they were built to reject by Ken Schortgen, Jr. The Daily Economist

TDC Note – Now where have we heard this before?! hmmmm, I wonder. Assimilation, anyone? Anyone?

In an interesting and perhaps shocking admission from last week, one of the co-creators of the Ethereum platform and cryptocurrency professed that nearly all the cryptos currently out there will eventually be swallowed up in the very same financial system they were originally built to reject and oppose. 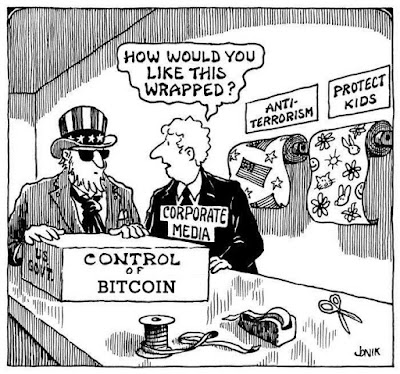 Blockchain tech entrepreneur and innovator Vitalik Buterin says that the current wave of cryptocurrencies may eventually become a part of the centralized financial systems that they were supposed to be protesting in the first place.

Buterin, who created the first Blockchain-based computing platform Ethereum, was at a local meeting of tech startups and tech individuals in Tel Aviv, Israel when he made the statement.

Buterin, who also supports the Blockchain startup OmiseGO, said that even if there will come a time when support for cryptocurrency will eventually be a part of the system, it will still not be replacing traditional money anytime soon. He also acknowledged that the Blockchain-based innovations may face the usual problems that also affect traditional money like big price oscillations.

“Are they [tokens] going to replace fiat? I believe no”.

There are several reasons why governments would want to keep traditional fiat such as dollars as euros, even if the nations also adopts cryptocurrency.

Buterin also said that institutionalized Blockchain networks may hinder the growth of decentralized Blockchain projects all over the world. This may mean that technical struggles like over-regulation and the digital currency “bubble” bursting could happen.

He, however, remains hopeful that the Blockchain industry will not be limited by setbacks. – Coin Telegraph