This article deals with the likely and potential devastation of Hurricane Irma. However, there are two more hurricanes following Irma, an 8.2  eartquake in Southern Mexico and uncontrollable fires in the American Northwest exponentially increase the odds that these are not unrelated weather and random mother nature events. The pattern represents forethought and purpose. Soon a second major American city will be destroyed and the effects will be felt longer than a decade. Houston was merely the opening act.

Weaponized Weather is one of the last tools that the elite have left that is devastatingly functional and that the majority of the public does not have the “expertise” to judge the validity of weather wars.

To anyone is well-versed by now that HAARP facilities can and subsequently do generate millions of watts of ELF waves that can excite and subsequently move the jet stream, which in effect would alter the weather for the worse.

I previous wrote an article where I partially detailed the patents behind weather and earthquake technology. The interesting fact is that the Air Force is in total control of the technology. When one combines thee revelation that the technology exists to produce earthquakes and hurricanes, combined with the irregular and devastating weather patterns, it is impossible to conclude that these events are not being artificially manuractured for some political motive.

Miami Is the Next Houston 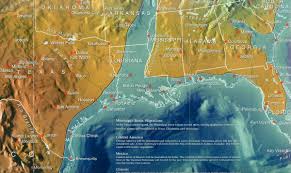 If the storm stays on track, Miami is going to be utterly devastated. Because Miami sits in such a low-lying posture, the damage will far exceed what we have seen in Houston.

Meteorologists from the website  Weather Underground issued a series of warning along the Atlantic coast.

“The Atlantic (Florida Straits) side of the Florida Keys also has deep water offshore, limiting the maximum storm surge in a Cat 4 to 8 – 10 feet. The risk is higher on the west (Florida Bay) side of the Keys, where the water is shallower; a worst-case storm tide of 12 – 15 feet can occur there. Any storm tide over six feet is extremely dangerous in the Florida Keys, due to the low elevation of the land. The greatest risk in the Keys, if the current NHC forecast verifies, would be on the Florida Bay (west) side of the Upper Keys, after the center of Irma moves just to the north. The counter-clockwise flow of air around the hurricane will then bring winds out of the southwest that will drive a large storm surge into the west side of the Upper Keys.”

It is hard to fathom the tremendous loss of life for those in the Miami area who did not heed the Governor’s advice and evacuate when the warning was first issued. The sheer gridlock of the refugees will make it impossible to flee.

Millions Are At Risk Along the Atlantic Coast

The damage is not confined to just Florida. This same group of weathermen issued the first warning that Hurricane Irma could devastate towns along the coast of Georgia and South Carolina where the storm surge could be a catastrophic 20-28 feet high in certain areas.

Maximum of the “Maximum Envelope of Waters” (MOM) storm tide image for a composite maximum surge for a large suite of possible mid-strength Category 3 hurricanes (sustained winds of 120 mph) hitting at high tide (a tide level of 3.5’) along the coast of Georgia. What’s plotted here is the storm tide–the height above ground of the storm surge, plus an additional rise in case the storm hits at high tide. Empty brownish grid cells with no coloration show where no inundation is computed to occur. Inundation of 19 – 23’ will occur in a worst-case scenario along most of the coast.

Charleston, SC  could see the surge exceeding 20 feet and flood areas many miles inland from the shore. In effect, nobody, except those on high ground are safe with several miles of the coast.

“Maximum of the “Maximum Envelope of Waters” (MOM) water depth image for a composite maximum surge for a large suite of possible mid-strength Category 3 hurricanes (sustained winds of 120 mph) hitting at high tide (a tide level of 2.5’) along the coast of South Carolina near Charleston. If Irma is a Cat 3 in South Carolina, a worst-case 17 – 21’ storm tide can occur.”

“If Irma makes a trek up the East Coast from Miami to southern South Carolina as a Category 3 or 4 hurricane, as the models currently suggest, the portions of the coast that the eyewall touches will potentially see a massive and catastrophic storm surge, breaking all-time storm surge records and causing many billions of dollars in damage. Even areas up to a hundred miles to the north of where the center makes landfall could potentially see record storm surges. The area of most concern is the northern coast of Florida, the coast of Georgia, and the southern coast of South Carolina, due to the concave shape of the coast, which will act to funnel and concentrate the storm surge to ridiculous heights. If we look at wunderground’s storm surge maps for the U.S. East Coast, we see that in a worst-case Category 3 hurricane hitting at high tide, the storm tide (the combined effect of the storm surge and the tide) ranges from 17 – 20’ above ground along the northern coast of Florida, and 18 – 23 feet above ground along the Georgia coast. If Irma is a Cat 4, these numbers increase to 22 – 28 feet for the coast of Georgia. This is a Katrina-level storm surge, the kind that causes incredible destruction and mass casualties among those foolish enough to refuse to evacuate.”

To put Irma into an historical perspective, Hurricane Katrina set the all-time record for the largest storm surge ever recorded along an American coast at 27.8 feet.

In the post-Florida attack,  Savannah, Georgia could very easily see a surge of up to 23 feet if Irma strikes as a Category 3 storm. On a more ominous note, if the storm surge reaches a Cat-4, the damage and destruction will be beyond our ability to estimate.

“Maximum of the “Maximum Envelope of Waters” (MOM) storm tide image for a composite maximum surge for a large suite of possible mid-strength Category 3 hurricanes (sustained winds of 120 mph) hitting at high tide (a tide level of 3.5’) along the coast of Georgia. What’s plotted here is the storm tide–the height above ground of the storm surge, plus an additional rise in case the storm hits at high tide. Empty brownish grid cells with no coloration show where no inundation is computed to occur. Inundation of 19 – 23’ will occur in a worst-case scenario along most of the coast.”

If this was an invading army, we would have already raised the white flag of surrender. The United States is being torn apart brick by brick and this is not even the worst part of the threat.

It is nearly impossible to conceive of the fact that within a very short time, Florida could play host to not just one Fukushima, but to two of these catastrophic events at the same time.

Let’s not pull any punches here. The effects of Irma, and we have not even begun to calculate the effects of the two hurricanes tracking behind Irma, is potentially far worse than what just happened in Houston.

Short of an all-out nuclear war, the only thing worse than this particular event would be the failure of the Oroville Dam. Is that next?