In a complete 180, Democrats and fake Republicans go after Antifa following news that Soros has now abandoned funding the terror group

In a complete 180, Democrats and fake Republicans go after Antifa following news that Soros has now abandoned funding the terror group by Ken Schortgen, Jr. The Daily Econonist

The saddest part in the entire fake ‘white supremacy’ mantra that took place in the mainstream media over the past two weeks was how little was done by the press and by government officials to call out the violence of the real terrorist organization known as Antifa. However, in a shocking 180 degree reversal over the past two days, all of a sudden Democratic leaders like Nancy Pelosi and fake Republicans like Speaker of the House Paul Ryan are now jumping on the bandwagon and calling for arresting the group and bringing about prosecutions. 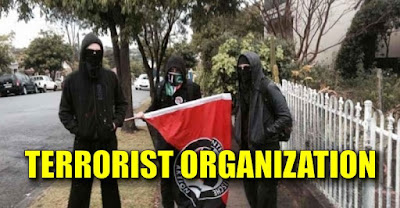 In the days since Trump’s controversial press conference on the Charlottesville tragedy in which he said there was “blame on both sides,” Republicans have been tripping over one another to distance themselves from the White House.  Apparently the mere suggestion that Antifa, a Leftist group that has repeatedly incited violence at protests around the country, was anything more than an innocent bystander was grounds for impeachment, at least according to CNN, and just not something that Republicans in Congress were willing to touch.

One such Republican that has been noticeably silent on the Antifa movement is none other than House Speaker Paul Ryan…that is until Nancy Pelosi took a stand and gave him the courage to actually express his own opinion…well, through a spokeswoman anyway.  Finally, after days of being heavily criticized for a failure to condemn violent Antifa attacks at Berkeley, Ryan’s staff issued the following statement to the Daily Caller last night:

“Speaker Ryan believes, as is obvious, these individuals are left-wing thugs, and those who are committing violence need to be arrested and prosecuted. Antifa is a scourge on our country.” – Zerohedge