On the heels of a rebound in stocks and the US dollar, it’s all about “extreme fear,” Investors Intelligence, the CRB and monetary madness.

“Extreme Fear, II, CRB & Monetary Madness
August 22 (King World News) – Here is what Peter Boockvar noted as the world awaits the next round of monetary madness:  A day before we see the weekly II data, the CNN Fear/Greed index closed at just 15 yesterday (Extreme Fear according to CNN) vs 17 on Friday, 36 one week ago and vs 73 one month ago. 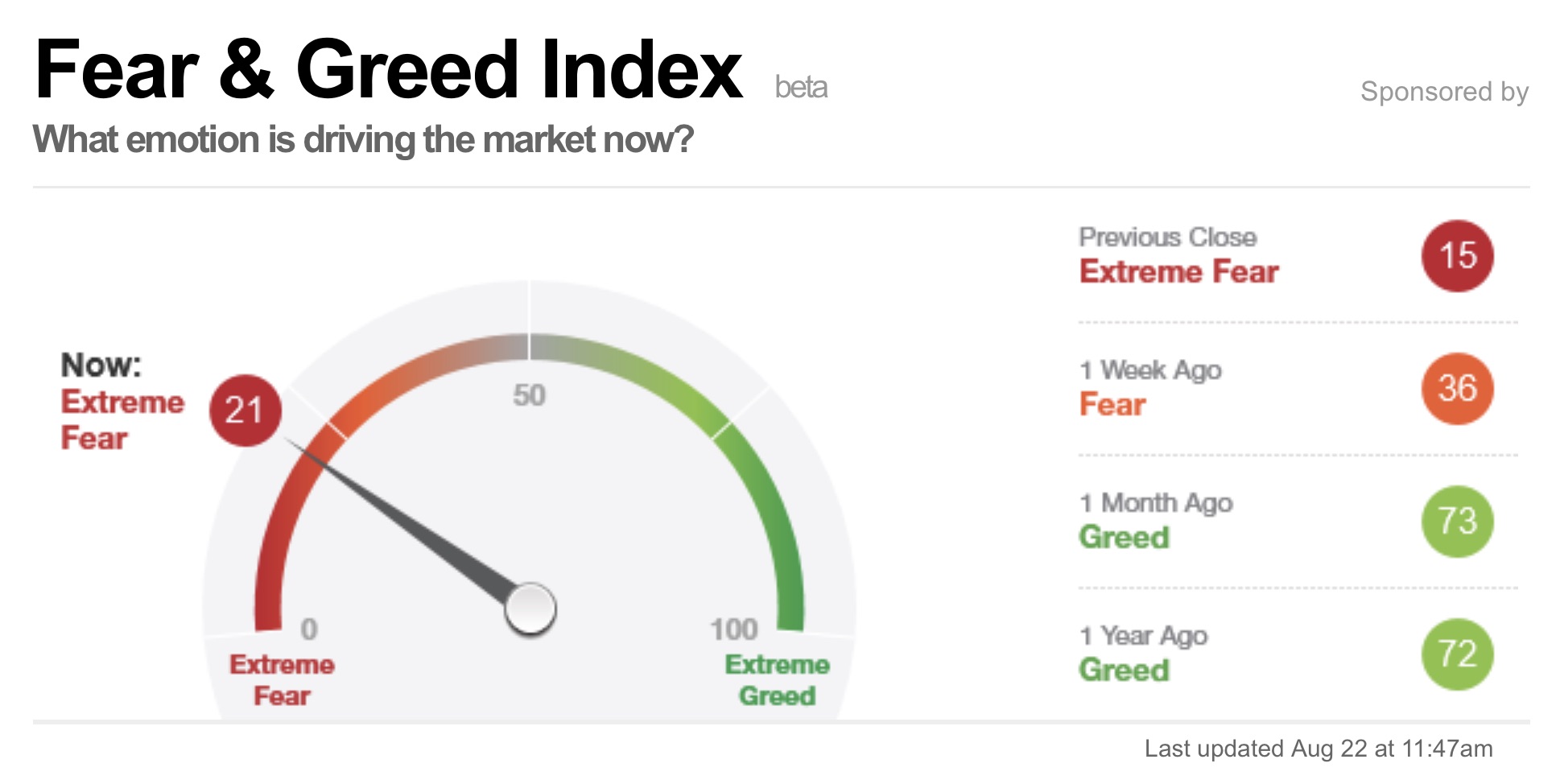 With II (Investors Intelligence), twice this year when Bulls reached 60 the market cooled off and the same thing has certainly happened again. Thus, from strictly a sentiment standpoint, we might have gotten a bit overdone on the downside in the very short term. I emphasize ‘short term.’ It’s quite amazing that just a 2.5% fall from the intraday peak on August 8th to yesterday has led to ‘Extreme Fear.’ It’s comical. Maybe it’s the behavior of the broader market that has some worried as less than half (49%) of NYSE stocks are now trading above their 200 day moving average. That’s the smallest amount since before the election on November 4th when it was at 48%. If you are just looking at the DJIA, SPX and NDX for your full market picture, you aren’t looking deep enough…

Copper prices just keep on moving on with another 2/3 of a percent rally after yesterday’s 1.4% jump. Go back almost 3 years to see it costing more than $3 per pound. In light of this move higher in the metals, everyone is scrambling for demand side confirmation but if one is not looking at what has happened to the supply over the past two years, they are not getting the full picture. Starting in early 2016 there has been a sharp decline in mining investment. And just recently with aluminum in particular, there has been a big decline in what China calls “illegal capacity.” Some of this has been offset by new smelters but the point is, there is excess capacity being taken out of the Chinese metal markets. I’ll post again this chart in the CRB raw industrials index because it’s less than 1 pt from a 3 yr high just as everyone is now talking about slowing inflation (see chart below).