It’s 1983, and in the sleepy town of Hawkins, Indiana, the nearby Hawkins National Laboratory performs scientific research for the U.S. Department of Energy.

Or at least, that’s what the authorities say.

In reality, though, this government lab is experimenting with something far more sinister. And when one of those experiments goes awry, it unleashes a monster that devastates the entire town.

This is the plot of Stranger Things, the hit show from Netflix.

And the premise isn’t new.

When it comes to science fiction, there’s always something sinister going on in secret government labs. The X-Files is another show that leans heavily on this trope. There’s always some menace — be it a monster, an alien, or even just some classified information — that escapes the government’s clutches and wreaks havoc.

It makes for exciting TV, and I realize it’s not wholly realistic, but there’s also a kernel of truth to it.

The fact is, there are secret government labs. They do conduct futuristic experiments. And their work doesleak out.

The Internet is an obvious go-to example. Many people forget that it was the Defense Department, seeking a way to link its computers, that launched us into a new technological era.

Of course, the entire concept didn’t take off until years later, when it became civilianized and commercialized.

GPS is another good example.

Global positioning systems were invented by Roger Easton, a scientist working at the U.S. Naval Research Laboratory in 1955. The Navy then built the first real satellite navigation system in 1959. The technology was continually developed by the military until it was declassified and commercialized on May 25, 1989.

From there, GPS companies like Garmin emerged. Eventually, the decades-old technology was absorbed by auto companies and tech giants, and put into cars and smartphones.

Fiber optic technology was another product of government innovation.

That came in 1959, when engineers at the U.S. Army Signal Corps Labs in Fort Monmouth, New Jersey sought out a replacement for less-reliable copper wire. They started using glass instead.

Then, in 1975, the U.S. government linked the computers at NORAD with fiber optic cables to reduce interference.

And again, years later, the technology was finally commercialized when phone companies used it to rebuild their communications infrastructure.

Indeed, Sprint was founded on the first nationwide, 100% digital, fiber optic network in the mid-1980s. And by the end of the century more than 80% of the world’s long-distance traffic was carried over fiber optic cables.

Airbags, microchips, baby formula, bar codes… The list of government inventions goes on and on.

And now I’m going to show you another one… 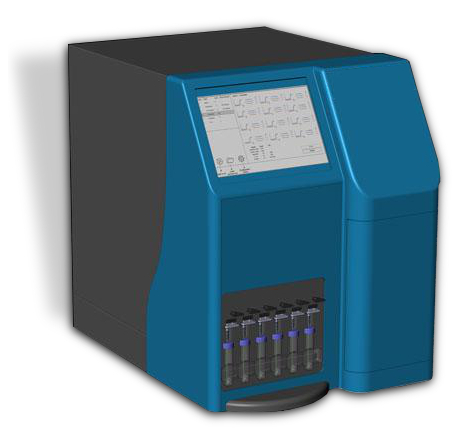 This is a device we’ve been talking about for the past week.

It was invented at the federally-funded Lawrence Livermore National Laboratory (LLNL) in California. It detects harmful diseases like E. Coli, Bird Flu, Listeria, and Mad Cow before they spread.

It’s already being used by the Department of Homeland Security to monitor the air in New York’s Penn Station for anthrax and bio-terror threats.

And now, it’s about to go public.

Think about that for second.

Think about all the other government technologies we just talked about — everything from GPS to fiber optic cable. Now, think about how much money they made once they hit the public sphere.

Well, that’s happening with this.

This instrument is so efficient at testing for harmful diseases that it’s about to become ubiquitous.

This is government technology that’s going public and it’s going to make billions.

And yes, there is a company that controls it, and its stock is trading at a mere $0.75 per share.

We expect it to see some sizable gains in the near future.

And all you have to do to get the details is check out our new report.

You’ll want to do that now, before it’s too late.

Because there is something leaking out of U.S. government labs, but it’s no monster.