As a cannabis investor, one of the questions I get asked the most is whether you should invest in tried-and-true Canadian companies or play your hand in the growing U.S. market.

While most of my positions in the Marijuana Manifesto are in safer, long-term Canadian cannabis companies, I am currently starting to position myself for the state-by-state legalization that will be coming to the U.S. over the next few years.

The Canadian companies will certainly do very, very well once full scale recreational legalization kicks in next year. But those companies have been around for a while now, and the U.S. is still looking for its first major marijuana breakthrough. While Canada has billion to near-billion-dollar valuations on several of their companies, the U.S. does not currently have any major leaders in the space – yet.

There is one very important reason for that…

It is still risky since the government considers cannabis a Schedule 1 drug at the Federal level, which means even if states legalize it, the government can still swoop in and shut businesses down. They have done so in the past.

That distinction puts marijuana on the same level as heroin, LSD and cocaine. I’m sure anyone that has experience – first-hand, second-hand or otherwise — with these drugs, could tell you the wild differences between them.

The classification is far more pronounced when you compare it to the Schedule 2 Drugs like fentanyl, oxycodone, and morphine.

I won’t spend too much time talking about it, but fentanyl is around 50 to 100 times more powerful than morphine and has led to an epidemic of drug overdoses around the country. 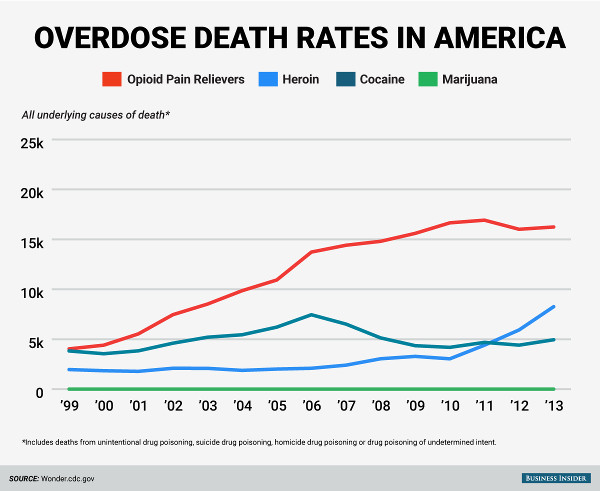 These are the drugs that the government has an urgent duty to start dealing with. All marijuana is doing these days is creating jobs, tax dollars and tourism.

There are a few reasons why I believe that the marijuana classification will finally change.

He attended the Cannabis World Congress and Business Expo recently, where he made his intentions veryclear.

“I am going to be working with a coalition of Republicans and Democrats, progressives and libertarians, liberals, and conservatives to persuade the president to keep his campaign pledge and to remind the president that he took a strong and forthright position on this issue in the election.”

The strong stance Stone is alluding to is that during the campaign, Trump said that marijuana legalization was clearly a state issue and that the use of medical marijuana was a no-brainer.

“Marijuana is such a big thing. I think medical should happen — right? Don’t we agree? I think so,” Trump said at the time.

Stone has now set up the United States Cannabis Coalition, an advocacy group with the express purpose of protecting state’s rights to legalize and regulate marijuana. Here is their mission statement:

The United States Cannabis Coalition is a pro-cannabis advocacy group engaged in influencing national and state level policy makers, and legislation, on marijuana industry issues. The USSC is dedicated to protecting state’s rights and state mandated marijuana laws, while working to reclassify Cannabis to below a Schedule 1 level federal classification – so doctors across the country can legally prescribe it, more research can be conducted and banks could conduct cannabis business.

Keep in mind that Roger Stone speaks to President Trump on a weekly basis. I would bet that he holds far more sway than embattled Attorney General Jeff Sessions. In fact, I think Stone will be around far longer than Sessions will…

When Sessions was announced as Attorney General, it sent a chilling effect over pro-legalization community. He is an infamous anti-drug warrior and has made it quite clear that he has no love for the industry.

“I reject the idea that America will be a better place if marijuana is sold in every corner store. And I am astonished to hear people suggest that we can solve our heroin crisis by legalizing marijuana — so people can trade one life-wrecking dependency for another that’s only slightly less awful,” Sessions told a group of law enforcement officers.

The problem is that U.S. law enforcement would rather not spend their precious time arresting people for minor marijuana crimes. They would rather focus on bigger issues that don’t crowd our prisons and ruin people’s lives.

A Pew Research Center survey of nearly 8,000 police officers found that over than two-thirds of them say that marijuana use should be legal for either personal or medical use. It really isn’t even debatable…marijuana is not even close to dangerous compared to other Schedule 1 drugs.

Stone took on Sessions head on: “In all honesty it’s time for President Trump to tell Attorney General Jeff Sessions to cut the shit.”

I would have to agree…

And Roger Stone isn’t the only advisor that has Trump’s ear on marijuana legalization.

Peter Thiel was one of the only big backers for Trump when it looked like he was going down in flames during the election. He donated $1.25 million to keep Trump’s campaign going. The co-founder of PayPal even had a keynote speech at the Republican National Convention.

Thiel is all in on legalized marijuana.

His Founders Fund made a multimillion-dollar investment in Privateer Holdings, which is a private marijuana company that holds several large marijuana companies like Tilray, Leafly, and Marley Naturals.

But it isn’t just Trump’s close confidants that are starting to make noise about full-scale legalization. 40% of Republicans now support marijuana legalization and their elected officials are taking notice.

That is a huge chunk of the country, and will represent billions of dollars in new business.

The genie is never going back into the bottle. Once states start falling into place, we are going to witness a massive wave of new cannabis companies in the U.S., which will be even bigger than the already massive Canadian market.

Right now, I’m vetting a number of companies that are starting to operate in the U.S. You can take a look at my favorite one right here.