Bitcoin and Ethereum: Be Careful What You Wish For

Bitcoin and Ethereum: Be Careful What You Wish For by Gerardo Del Real – Outsider Club

While Bitcoin has doubled this year, Ethereum is up as much as 4,100%. That’s not a typo.

Meanwhile volatility has been crushed and gold has been rangebound so far in 2017. Friend and colleague Nick Hodge calls this new world — in a must-read article and one of my favorites — Bizarro World.

There are several reasons why these cryptocurrencies have surged. Those reasons include a loss of faith in central banks, people looking to move money without being detected, and a loss of psychological “trust” in paper currencies.

A large amount of the rally in these coins has come out of China.

The process cuts out the government. The lack of regulation, while attractive, is a double-edged sword.

The crash on the GDAX exchange highlights one of many risks that speculators in cryptocurrencies are exposed to.

Adam White, the vice president of GDAX, which is run by U.S. firm Coinbase, explained the multimillion-dollar market sell order resulted in a number of orders being filled from $317.81 to $224.48.

As the price continued to fall, another 800 stop-loss orders and margin funding liquidations caused Ethereum to trade as low as 10 cents.

Ethereum went on to recover from the crash but those who lost money as a result were informed that the trades were final and would not be reversed.

Allegations of market manipulation, illegal or not, have fallen on deaf ears.

The lack of regulation isn’t the only concern. I personally would not be surprised to wake up one day and learn that the government — here, there, or anywhere — has decided to regulate cryptocurrencies to guarantee its pound of flesh.

The recent ransomware attacks where individuals/companies were being held hostage until they paid the criminals in bitcoins makes Bitcoin too convenient a target for career politicians looking for the next hot-button issue they can latch on to.

There is no question that governments worldwide are moving towards eliminating cash, which is just an effort to infringe on people’s privacy and tax every cent possible. 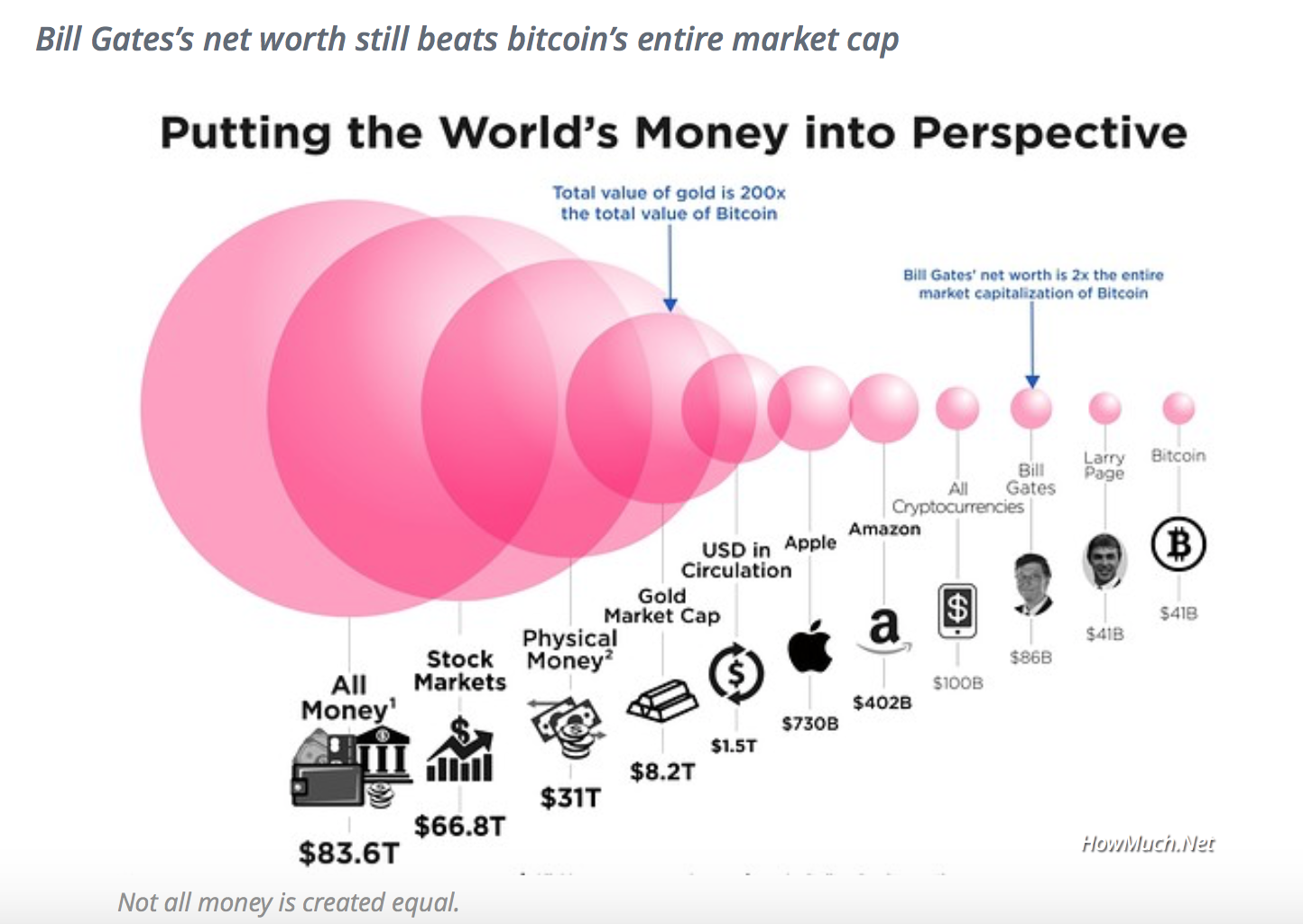 The rush into cryptocurrencies is important because it confirms the waning confidence in central banks.

It’s also a great example of how much small markets like cryptocurrencies are affected when just a tiny bit of capital comes rushing in. It’s a precursor to what I believe we will see in the precious metals space.

There are questions as to the role cryptocurrencies like Bitcoin should play even within the Bitcoin community.

A recent article in the Business Insider Australia explained it this way:

The rift centres around what Bitcoin is for and how it should be used. In one camp, users want Bitcoin to remain as a finite commodity similar to gold.

Opponents want the speed and size of Bitcoin transactions to be rapidly sped up. In effect, they want Bitcoin to function to a similar fashion to a highly liquid currency like the US dollar.

The cryptocurrency was established with a limited supply of 21 million Bitcoins, of which around 14 million have been mined. That shortage of supply could go some way to explaining the dramatic increase in prices this year.

The Wall Street Journal provided a brief summary of how the activity on the blockchain currently works.

Countries with unstable economic histories such as Venezuela and Argentina are seeing demand for digital coins soar.

In the short-term I believe capital that would have flowed into gold has flowed into alternatives like Bitcoin, but unless these cryptocurrencies sort out how to act as a stable store of value, the vulnerabilities will serve as an important reminder as to why gold has passed that test for the past 5,000 years.