This Is How Close We Came To Nuclear Annihilation

– From ‘Dead Hand’ To ‘A Russian Warning’, Americans Made A Bold Move Towards Survival In 2016

While Megyn Kelly recently got ripped to shreds for her NBC debut interview with Russian President Vladimir Putin that ‘failed to impress‘, with film director Oliver Stone and others claiming “Megyn Kelly didn’t know her stuff”, a new upcoming series of interviews between Stone and Putin promises to be much more hard-hitting if recent indications are correct.

Stone recently met with Putin for 19 hours of conversations over a period of several months stretched out over 2 years and as the NY Post reports, the four-part series of “The Putin Interviews” premieres on Monday night on Showtime and promises to be quite a bit more eye-opening than Kelly’s ‘dud’.

While Putin recently claimed he didn’t care if you or I or anyone else thought that he was rude to Kelly during their interview, several clips that have already been released from the Oliver Stone interview prove to us that we’ll be getting much more truth from Stone and Putin than we ever got from Barack Obama or Hillary Clinton or the msm, this at a time when millions of Americans are ‘awakening’ to the lies we’ve been told for many, many years now.

In this story we’ll take a look at the 7 new video clips featuring interviews between Stone and Putin that have already been released upon the Showtime YouTube channel as well as the final video below, for those who are able to ‘stomach it’, the pitiful interview between Putin and Megyn Kelly. 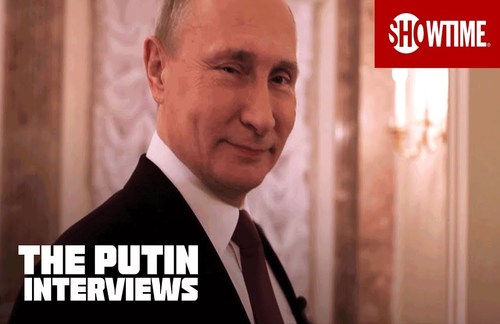 When Putin was asked by Stone if he believed the US would dominate Russia if war between the US and Russia ‘went hot’, Putin’s stone-cold response should instantly silence anyone who really believes that a nuclear war between the US and Russia is ‘winnable’. As anybody who reads ANP knows, ‘Russian Insiders’ living here in America have claimed the very last thing that Putin or Russia want is to get into a war with the US, for to do so could lead to the end of almost every human life upon this planet. Putin’s response to Stone confirms this warning.

As Susan Duclos reported on ANP back on March 14th of 2015, even if the entire chain of command of the Russian military is decapitated by US nuclear strikes upon Russia, the Russian ‘dead hand’ system would launch an attack upon the enemies of Russia that would completely destroy them. We’ve also warned that Russia is now in possession of ‘Satan 2’ nuclear weapons that experts have warned could take out a land mass the size of Texas or France. From Susan’s 2015 story.:

Wiki explains what the “Dead Hand” system does:

Dead Hand is a Cold-War-era nuclear-control system used by the Soviet Union. General speculation from insiders alleges that the system remains in use in post-Soviet Russia. An example of fail-deadly deterrence, it can automatically trigger the launch of the Russian intercontinental ballistic missiles (ICBMs) if a nuclear strike is detected by seismic, light, radioactivity and overpressure sensors. By most accounts, it is normally switched off and is supposed to be activated during dangerous crises only; however, it is said to remain fully functional and able to serve its purpose whenever needed.

In 2009 ABC News described it as “A device that triggers a nuclear holocaust in the event of a U.S. strike against Russia.” According to Business Insider, that system may be aimed directly at the northern hemisphere. 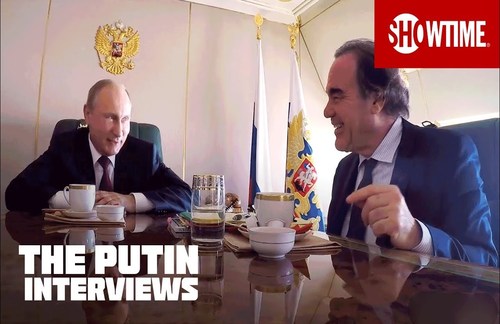 “Five or six satan’s and the entire East coast would be toast” warned former Ronald Reagan Cabinet member Paul Craig Roberts, and in minutes at that. As the Russian Insiders living here in America warned us, at the very least, should a war between the US and Russia ‘go hot’, the US would be left without a power grid, banking system, public transportation system, functioning government and everything else that makes living in the US today ‘modern’.

Warning that the entire landmass of the US would be covered in a coating of radioactive ash, we take a look back at the warning from the Russian Insiders living here in America and in it, we see what Putin likely sees when he tells Stone that there would be very few, if any, survivors of such a war. From Dmitry Orlov’s viral “A Russian Warning”.