According to retired 4-star General and the Secretary of the Department of Homeland Security John Kelly, the terror threat to America is much worse than most people can imagine, telling Fox News host Steve Doocy as heard in the first video below that “if he knew what I knew about terrorism, he’d never leave the house in the morning”.

Noting that the four major terror attacks in the past week were carried out “by generally the same groups”, Kelly also claimed that the best thing that America has going for us is the “amazing people protecting us every day” though Kelly also warned “it’s everywhere, it’s constant, it’s non-stop”.

For those who may have yet to hear, women and children were among the at least 28 Egyptian Coptic Christians killed by masked gunmen in a convoy ambush on Friday as heard in the 3rd video below. Joining the horrific terror attack in the UK, an ISIS-tied takeover of the city of Marawi, Philippines which led to President Duterte declaring martial law followed by ISIS carrying out the brutal massacre of the town’s police chief as well as deadly ISIS attacks in Jakarta, Indonesia as just the latest acts of terror in the world.

General Kelly, whose son was killed in combat in Afghanistan back in 2010, also warned that an attack could happen here in America at any time, attacks that many believe need not have even been given the opportunity to happen. 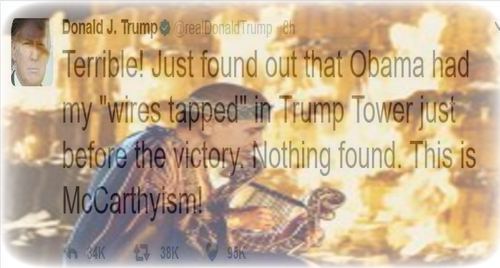 As Jeremiah Johnson reported in this recent story over at SHTFPlan, there are a series of powder kegs that could blow at any time in America left behind by Barack Obama for President Trump and as those who have been paying attention know, during Obama’s term, our wide open border and lackluster screening of those entering America from countries with terror ties created a literal ‘trojan horse’ for those who hate us to get in. Is that part of what General Kelly knows?

According to Medal of Honor Recipient Dakota Meyer, who fought in Iraq and Afghanistan, President Trump will have to unleash hell upon the Islamic State as he warns us what we’re witnessing elsewhere is going to come here:

Arguing that President Obama, who awarded Meyer his Medal of Honor, was weak on ISIS and terrorism in general, he says President Trump should take a completely different strategy. In short… it’s time to unleash the gates of hell…

I’ve been saying this is going to happen for a long time. When is it coming here?

I think the only way you get this point across is that we release the gates of hell on them and we start making war so ugly that…their recruitment videos… it won’t be cool to join ISIS anymore. 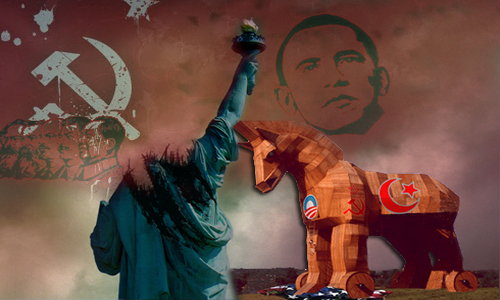 Was Barack Obama intentionally allowing radical Islamic terrorists into America? According to this story from the Washington Timesand a whistleblower who has contacted Customs and Border Protection, the Obama administration knowlingly let at least 16 MS-13 gang members into the country back in 2014 while they were illegal immigrant teenagers as also heard in the 2nd video below.

Not only processing them but disbursing them into US communities, if the Obama administration knowingly allowed such actions, knowing they’d be putting Americans in danger, does anyone believe that he WOULDN’T allow ISIS terrorists in? And knowing how porous our vetting process was during the Obama administration, is THAT part of the reason why General Kelly is so concerned of something horrific in our future here in America?