The 5 Star Market Generals May Be Leading Us Into Harms Way!

The 5 Star Market Generals May Be Leading Us Into Harms Way! by Gordon T Long 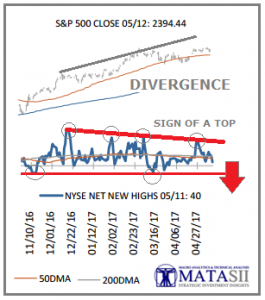 We are witnessing a startling breakdown in market breadth. It is worse than both prior to the 1987 and  2000 market draw downs. Similar to the Dotcom Bubble when it finally burst in 2000, it is being held up by a hand full of stocks which were referred to in 2000 as the “Generals”.

Today we are experiencing the same complacent phenomenon as in prior major market draw-downs with the only differentiation being a different set of distracting “Generals” but with just as alluring investor attraction.

The problem with poor market Breadth is it greatly increases the markets risk to any real or perceived problems in one or more of the Generals. Similar to the reason seasoned professionals advise clients of diversified portfolios, strong breadth is the market indexes way of risk diversification.

The divergence in the “net new highs” is raising a warning signal, while consistently refusing to break above a falling overhead resistance trend. Historically in such situations support is subsequently found at lower levels. 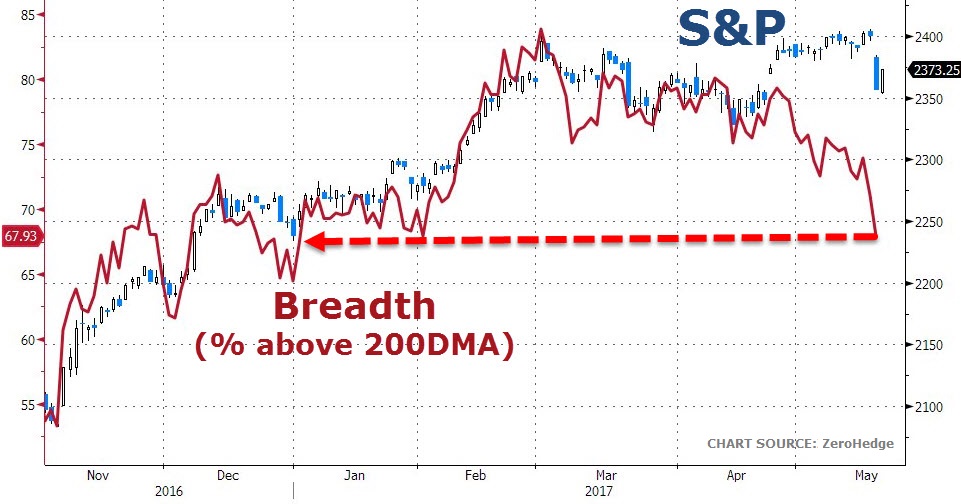 Five companies in 2500 NASDAQ stocks account for 45% of recent gains. 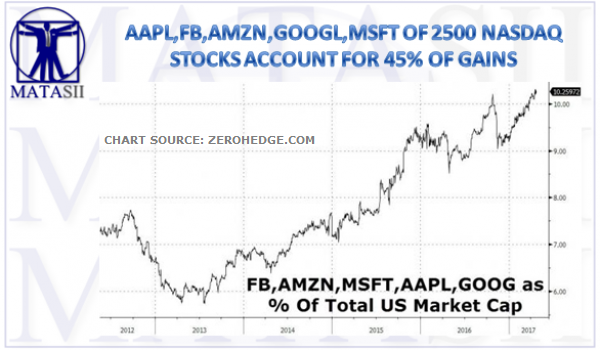 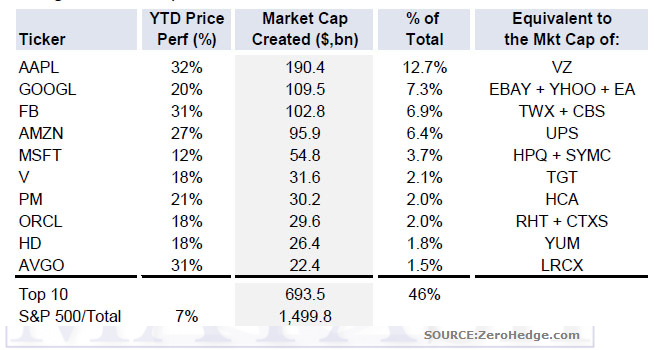 Three of the  five “Generals” alone account for over $1.5 Trillion of market capitalization in a Global economy of just over $70 Trillion

If this is not troubling to you then you are not paying attention or you are new to how markets resolve this level of lack of market breadth.

It appears professional money managers are being forced into the “Generals” or they will see crushing fund redemptions based on a lack of performance. We also witnessed this prior to past major market draw-downs.

View this free 25 minute video “HERE IS WHAT WILL BRING DOWN THE MARKET” with over 35 supporting slides which spells out how Passive Investing and the growth in ETF’s is instrumental in the alarming  lack of breadth.