The Juncture of the Most Serious Crisis in Modern History

To understand recent developments in Syria, it is important to address the history of Washington’s Middle East war.

The US led war on Syria was planned well in advance. Already in 2003, in the immediate wake of the invasion of Iraq, the Bush administration had identified Syria as the next stage of the Middle East “roadmap to war”.

The bombing of presumed ‘terrorist bases’ in Syria were targeted by the Israeli Air Force in October 2003 with a view to providing a justification for subsequent pre-emptive military interventions against Lebanon and Syria.

Ariel Sharon launched the attacks with the approval of Donald Rumsfeld.

This planned extension of the war into Syria announced in 2003 by the Pentagon (analyzed in my 2003 article): 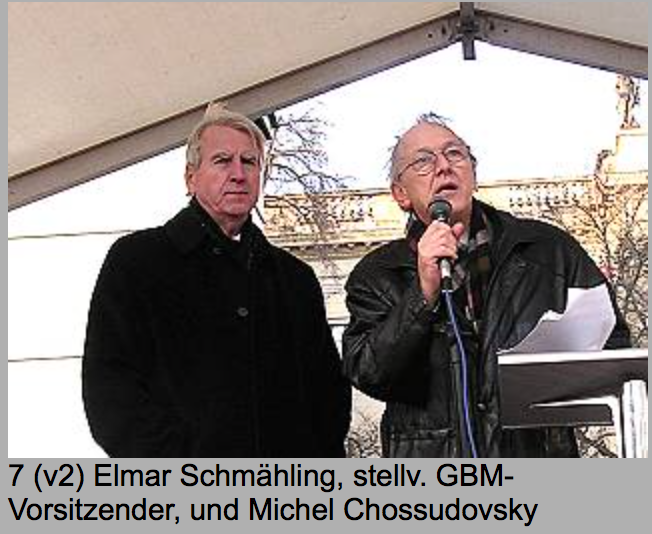 “means that Israel becomes a major military actor in the US-led war, as well as an ‘official’ member of the Anglo-American coalition.”

The following text first published in December 2003 was presented at two public lectures, the Society for the Defense of Civil Rights and Human Dignity (GBM), Berlin, 10-11 December, 2003 and Humboldt University, Berlin, 12 December 2003.

We are the juncture of the most serious crisis in modern history.

The US Administration has embarked upon a military adventure which threatens the future of humanity.

The wars on Afghanistan and Iraq are part of a broader military agenda, which was launched at the end of the Cold War. The ongoing war agenda is a continuation of the 1991 Gulf War and the NATO led wars on Yugoslavia (1991-2001).

The post Cold War period has also been marked by numerous US covert intelligence operations within the former Soviet Union, which were instrumental in triggering civil wars in several of the former republics including Chechnya (within the Russian Federation), Georgia and Azerbaijan. In the latter, these covert operations were launched with a view to securing strategic control over oil and gas pipeline corridors.

US military and intelligence operations in the post Cold War era were led in close coordination with the “free market reforms” imposed under IMF guidance in Eastern Europe, the former Soviet Union and the Balkans, which resulted in the destabilization of national economies and the impoverishment of millions of people.

The World Bank sponsored privatization programmes in these countries enabled Western capital to acquire ownership and gain control of a large share of the economy of the former Eastern block countries. This process is also at the basis of the strategic mergers and/or takeovers of the former Soviet oil and gas industry by powerful Western conglomerates, through financial manipulation and corrupt political practices.

In other words, what is at stake in the US led war is the recolonization of a vast region extending from the Balkans into Central Asia.

The deployment of America’s war machine purports to enlarge America’s economic sphere of influence. The U.S. has established a permanent military presence not only in Iraq and Afghanistan, it has military bases in several of the former Soviet republics on China’s Western frontier. In turn, since 1999, there has been a military buildup in the South China Sea.