The key turning-point that led up to the present crisis was the gradual and increasing acceptance, on the American side, of the concept of using nuclear weapons for conquest instead of only for deterrence

The Bulletin of the Atomic Scientists published a study, on 1 March 2017, which opened as follows:

“The US nuclear forces modernization program has been portrayed to the public as an effort to ensure the reliability and safety of warheads in the US nuclear arsenal, rather than to enhance their military capabilities. In reality, however, that program has implemented revolutionary new technologies that will vastly increase the targeting capability of the US ballistic missile arsenal. This increase in capability is astonishing — boosting the overall killing power of existing US ballistic missile forces by a factor of roughly three — and it creates exactly what one would expect to see, if a nuclear-armed state were planning to have the capacity to fight and win a nuclear war by disarming enemies with a surprise first strike.”

Because the innovations in the super-fuze appear, to the non-technical eye, to be minor, policymakers outside of the US government (and probably inside the government as well) have completely missed its revolutionary impact on military capabilities and its important implications for global security.

This study was co-authored by America’s top three scientists specializing in analysis of weaponry and especially of the geostrategic balance between nations: Hans Kristensen, Matthew McKinzie, and Theodore Postol. Their report continues:

This vast increase in US nuclear targeting capability, which has largely been concealed from the general public, has serious implications for strategic stability and perceptions of US nuclear strategy and intentions.

Russian planners will almost surely see the advance in fuzing capability as empowering an increasingly feasible US preemptive nuclear strike capability — a capability that would require Russia to undertake countermeasures that would further increase the already dangerously high readiness of Russian nuclear forces. Tense nuclear postures based on worst-case planning assumptions already pose the possibility of a nuclear response to false warning of attack. The new kill capability created by super-fuzing increases the tension and the risk that US or Russian nuclear forces will be used in response to early warning of an attack — even when an attack has not occurred.

The authors explain why an accidental start of World War III or global annihilation would be more likely from Russia than from the U.S.:

Russia does not have a functioning space-based infrared early warning system but relies primarily on ground-based early warning radars to detect a US missile attack. Since these radars cannot see over the horizon, Russia has less than half as much early-warning time as the United States. (The United States has about 30 minutes, Russia 15 minutes or less.) 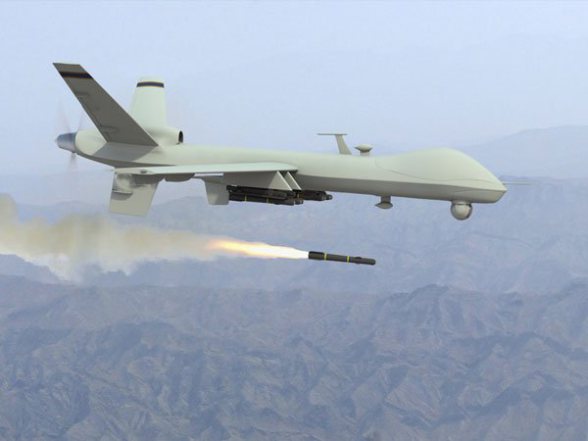 In other words: whereas Trump would have about 30 minutes to determine whether Putin had launched a blitz-first-strike attack, Putin would have less than 15 minutes to determine whether Trump had — and if at the end of that period, on either side, there is no certainty that no blitz-first-strike attack had been launched by the other, then that person would be obligated to launch a blitz attack against the other, upon the assumption that not to do so would result not only in a toxic planet with nuclear winter and universal starvation, but also in a humiliating and scandalous absence of retaliation against that perpetrator, which would be a humiliation on top of an annihilation, and thus a sharing of blame along with the actual perpetrator, which sharing, for whatever term might remain during that passive party’s continued existence, would probably be an unbearable shame and result quickly in suicide, if that national leader’s own surviving countrymen don’t execute him before he kills himself.