In Part One of the Full Scale Revolution series we covered groups within the U.S. that are calling for a revolution, violence as a means of protest and how former Obama officials, such as his former Attorney General Loretta Lynch and for Secretary of State Hillary Clinton, are agitating, calling for “resistance,” and continued violent protests which might lead to blood and death, with Obama spokesman also quoted as saying he was “heartened” by the protests against the Trump administration. 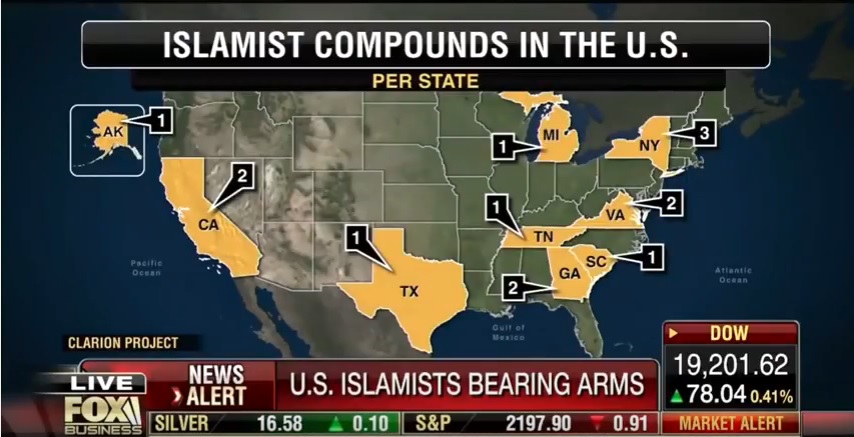 THE TERROR WITHIN – PREPOSITIONED JIHAD ARMIES ON AMERICAN SOIL

Today, we note a number of other powder kegs within America that are ready to blow, including, cities,  jurisdictions, and in some cases states, that are considered “sanctuary cities” also have the largest amounts of “refugees,” that have resettled within them, and multiple states have known Islamic compounds, armed to the gills, and preparing for war against the Trump administration.

The image above shows the states that have known armed Islamic compounds, the numbers next to those states indicate how many training compounds are within that state. According to Clarion Project’s national security analyst, Prof. Ryan Mauro, these are armed terror-linked Islamic groups operating training compounds within the US and preparing for war against the Trump administration.

Note that before the two minute mark, Mauro informs the audience that “it does not appear, that in most cases, that the FBI is sharing information on the local level.”  (We will be discussing that and why it is critical in the next section of this report.)

The next map shows where the 84,995 refugees imported into America between Oct. 1, 2015 – Sept. 30, 2016, called Fiscal Year (FY), 2016, were resettled. The website with the original map did not offer the option to embed the interactive version, so click here and mouse over the states for the official numbers, to verify the data highlighted below the map, showing how many “refugees” were resettled in each of the states that have armed Islamic compounds in the U.S. 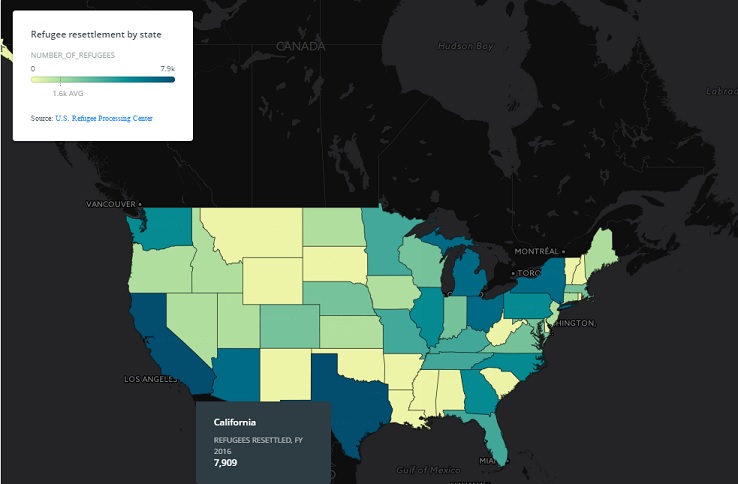 Note that those are just the states that have known Jihad camps located within and those numbers only represent “refugees” imported for the fiscal year 2016 alone, not those resettled prior to that. Other states, represented in the map below, of states with multiple cities and jurisdictions that are considered “sanctuary cities,” where they have have laws, ordinances, regulations, resolutions, policies, or other practices that obstruct immigration enforcement and shield criminals from ICE,” are also shown to have significant numbers of refugees that were resettled in FY 2016. 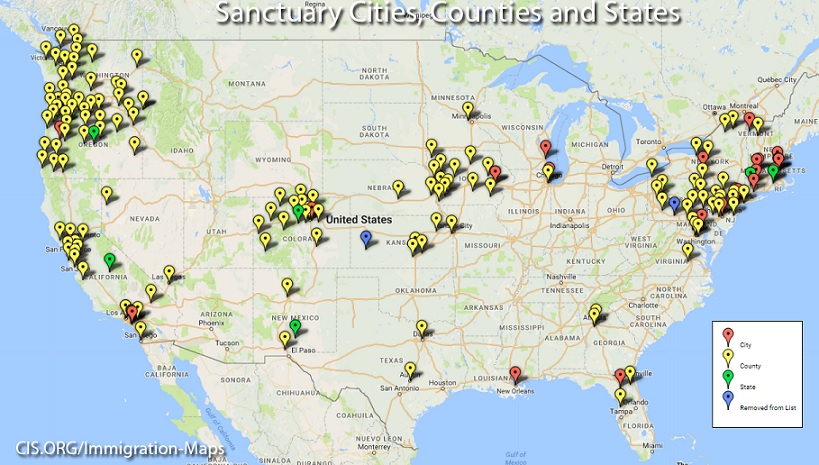 As you may have noticed, states like Washington and Oregon have clusters of sanctuary jurisdictions, and also large numbers of refugees resettled within those states as well.

What we have here is a number of jurisdictions that are sanctuary cities, have also been receiving an influx of “refugees,” many of which show high levels of those refugees have been imported into states that have armed Islamic camps with people training for a “war” against the Trump administration.

A prepositioned army of Middle Easterners all inside American borders.

Perhaps now would be a good time to ask just where all those military grade weapons, tactical gear, body armor and ammunition that the Obama administration was busy stockpiling, went to? I don’t mean what “agencies,” since we have agencies that do not have a security force receiving the equipment for some reason, but what states did it all go to?