Pension Funds Are Now Evaporating by Rory – The Daily Coin

This is the first pension fund to actually file bankruptcy. Excuse me, this is the first private pension to file bankruptcy. We have already experienced Detroit being defunded by almost 50% (default/bankruptcy) as well as other city pensions threatening to cut payouts, stop lump-sum payouts and other capital control measures to avoid an actual bankruptcy. These pension funds are bankrupt and if your wealth is tied up in these accounts I wish you well and hope you take action to reclaim what you have worked for, paid in to and were planning on enjoying later in life. I fear if too much time passes before one acts it could be too late.

We have studied, researched and written about this for well over two years. Harry Markopolous, in 2011, tried to warn us about the ongoing theft, within the pension funds, on a daily basis by the banking cabal – link. CALPers pension program is north of 50% underfunded and losing a little more each and every quarter. – link. These are merely two of the articles that paint a picture of a tsunami of pension bankruptcies in the near future.

This morning we find out, from Martin Armstrong, one of the smaller Teamster pension funds has filed bankruptcy.

The Pension Crisis on the horizon is far worse than anyone can imagine. This is the final straw that will break the back of socialism the same as communism fell. Pensions are in a state of crisis for they lost money in stock in the 2007-2009 crash and then sold the bottom shifting to government bonds and then interest rates plummeted when they needed 8% to survive. The management skills have been nonexistent for the propaganda has always been that government bonds present no risk when in fact they are UNSECURED DEBT and the riskiest of all investments long-term. 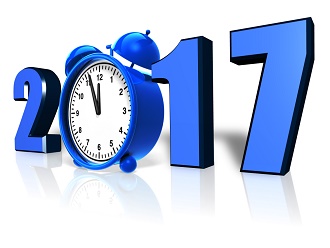 Yellow Roadway company is one example of how things have changed. The company was allowed to skip its pension contributions for 18 months. When the company restarted paying again, it was at 25% of the previous rate. The Pension Fund for local 707 began to implode, with roughly 700 workers paying into a fund supporting more than 4,000 retirees. Local 707’s fund pays out $48 million a year — and takes in $7.5 million in contributions. Those who have been contributing will get nothing at all for the contributions. The whole thing is a house of cards that caves in.

We wrote in the Pension Report: “As we approach 2017, everything you once thought was secure for your future will unravel.” Indeed, the Sovereign Debt Crisis and the Pension Crisis start to surface here in 2017.

How many more will fall this year? One of the basic rules of investing – this is not investment advice, simply pointing out what I have read/learned over the years – is the upside gain should be weighed against downside risk. One of the other basic rules is the, now confirmed in multiple courts of law, there is a banking cartel that has rigged most, if not all, markets. All of the important markets have been confirmed to be rigged and one of the largest markets in the world, the bond market, rigging is a matter of policy called Quantitative Easing (QE) and Zero Interest Rate Policy (ZIRP). These two global policies impact most pension funds. How many more pension funds need to file bankruptcy before a person looks at their own account and sees that it is in fact in the crosshairs?