Trump Puts Radical Islamic Extremism In The Crosshairs, Taking The Bullseye Off Patriots In America

Trump Puts Radical Islamic Extremism In The Crosshairs, Taking The Bullseye Off Patriots In America by Susan Duclos

After winning the 2008 presidential election, Barack Obama immediately started targeting conservatives in a number of ways, from the April 2009 report “Rightwing Extremism: Current Economic and Political Climate Fueling Resurgence in Radicalization and Recruitment,” which claimed “disgruntled war veterans could swell the ranks of white-power militias,”  to the deliberate IRS targeting of patriot and Tea Party groups, to placing Evangelicals in the same “extremists” lists as the KKK and Al-Qaeda and Hamas.”

The examples of Obama going after Americans while refusing to even utter the words radical Islamic terrorism, despite multiple attacks by radical Islamic jihadists on U.S. soil, continued on throughout his presidency.

Barack Obama once told Republicans “elections have consequences,” and it is one of the few times we will agree with him as we now see that with the election of president Trump, veterans, second amendment supporters, patriots, constitutionalists, preppers, religious groups and Tea Party members are no longer being highlighted and targeted by the government, and instead, Trump is targeting violent radical Islamic extremism, which has been responsible for the worst of the attacks on American soil, such as the Boston Marathon bombing, the attack at a recruiting center in Chatanooga TN, the murder of 14 people in San Bernardino CA, and the massacre in Orlando FL, that killed 49 people and injured another 53.

It is important to note that Obama’s CVE program focused on radicalism within the U.S., and critics, including ANP, have often highlighted the contradiction of targeting veterans who put their lives on the line for America, religion groups, Christians, preppers, survivalists and others, while making it official policy to not even utter the words radical Islamic extremism, despite the terrorist attacks in U.S. perpetrated by violent Islamic radical jihadist.

Hoda Hawa, director of policy for the Muslim Public Affairs Council, said she was told last week by people within DHS that there was a push to refocus the CVE effort from tackling all violent ideology to only Islamist extremism.

“That is concerning for us because they are targeting a faith group and casting it under a net of suspicion,” she said.

That is a very disingenuous argument, but one to which the MSM is liable to run with, as the Trump administration is not targeting a “faith group,” as the proposed name change clearly highlights “extremism,” not just “Islamic.” They wish to conflate the issue, making it appear that all Muslims are being targeted, much like they have done with President Trump’s immigration pause from countries with a high level of terrorist activity, by consistently phrasing it as “majority Muslim” countries, rather than accurately highlighting they are countries with huge levels of terrorists.

Wall Street Journal’s editor in chief Gerry Baker has now been targeted by the liberal mainstream media, for highlighting that exact point to his staff:

“Can we stop saying ‘seven majority Muslim countries’? It’s very loaded,” Baker wrote in an email to editors obtained by POLITICO. “The reason they’ve been chosen is not because they’re majority Muslim but because they’re on the list of countRies [sic] Obama identified as countries of concern. Would be less loaded to say ‘seven countries the US has designated as being states that pose significant or elevated risks of terrorism.'”

Wow, and honest member of the MSM, yet he will most likely be forced to walk that back or be out of a job soon, because the liberal MSM won’t go for that, because it would prevent them from pushing their preferred narrative that President Trump is targeting “all Muslims.” 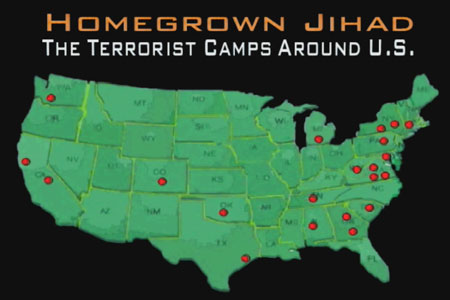 On January 30, 2017, Stefan Stanford reminded readers of the following:

And just think, if during the past 8 years, the Obama administration had been tracking down terrorists who want to do Americans harm and destroy our way of life instead of focusing our multibillion dollar NSA snooping apparatus upon US patriots, Christians, 2nd Amendment supporters and other Conservatives , President Trump might not have to be going through the steps that he is taking that are absolutely necessary to ‘weed out’ the very bad dudes that have come here to the US only for jihad.