‘It Was A Dark Day’- Liberals Declare Just Three Days Into The Trump Presidency: ‘Today Was The Worst Day Yet’

‘It Was A Dark Day’-  Liberals Declare Just Three Days Into The Trump Presidency: ‘Today Was The Worst Day Yet’ 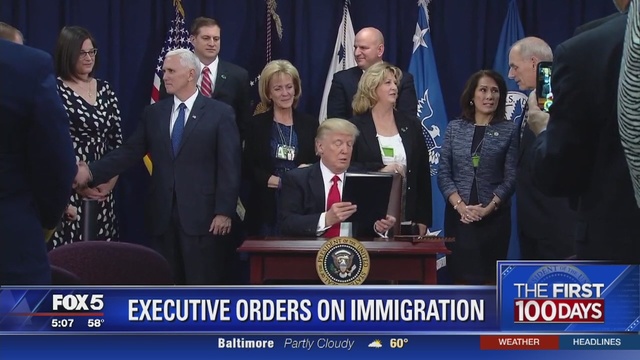 I think it is safe to say that even hard-core Trump supporters that believed he would attempt to keep his campaign promises, are surprised at the speed, or as The Hill dubs it, the “dizzying pace” at which President Trump has hit the ground running, checking off campaign promise after campaign promise, at least the ones he can keep without Congressional cooperation, which will undoubtedly take longer.

If conservatives are pleasantly surprised, the PC police on the left and the liberal progressives are shell shocked, not knowing which of the first four Executive Orders or the first seven Presidential Memorandums to attack first, or even whether to attack the content and specifics, or just go after the wording, the very UN-PC terminology. (Note– All EOs and Memorandums signed by Trump to date, are linked at the bottom of this article)

Via our own and other conservative websites’ comment section, we already had a feel for how Trump supporters were reacting to the flurrying of activity in the White House, or as the Roll Call refers to it, the “Charm Offensive” that contrasts  Obama’s way of handling things, and the EOs and Memorandums coming out of the White House, but we thought it would be interesting to see how the PC police of the left were reacting.

They are not taking the transition from Obama to Trump well at all.

Before we begin, let me make a point: It is imperative that we understand the arguments, the lies, the “fake news,” and inaccurate memes from the left, because had we, and other Independent news sites, not done so throughout the whole election campaign, those would have been the only voices heard and Hillary Clinton would be president right now.

Over at Slate Magazine, which was purchased by The Washington Post Company in 2004, later renamed the Graham Holdings Company (source) we see on January 25, 2017, just five days after the presidential inauguration, and just three days into the new work week of the new administration, they have declared “Today Was the Worst Day Yet,” concluding that “It was a dark day.”

While there is a long list of complaints from the Wapo puppets over at Slate, let us start with their assertion that a reference in the Executive Order “Enhancing Public Safety in the Interior of the United States,” to “removable aliens,” somehow translates into “disposable people”

Disposable People—Today, the president of the United States began referring to humans as “removable aliens.”

The passage in the EO that seems to offend the Slate writer, is part of Section 1, in regards to Sanctuary cities, where it states:

Tens of thousands of removable aliens have been released into communities across the country, solely because their home countries refuse to accept their repatriation. Many of these aliens are criminals who have served time in our Federal, State, and local jails. The presence of such individuals in the United States, and the practices of foreign nations that refuse the repatriation of their nationals, are contrary to the national interest.

Liberals have had a long habit of attempting to change the terminology in referencing those in the U.S. illegally, under the guise of being politically correct, preferring the terms “undocumented immigrant” or “Undocumented worker” as Obama preferred or even “unauthorized immigrants,” despite the fact that by the very definition, if someone is in the country illegally, it makes them an illegal alien.