Trump Admin Sends Loud And Clear Message To Media, Snowflakes, Rioters And Colleges: ‘It Is A New Day’

Trump Admin Sends Loud And Clear Message To Media, Snowflakes, Rioters And Colleges: ‘It Is A New Day’ by Susan Duclos

A loud and clear message is being sent to the Holly-Whores that participated in the Vulgar Vagina March, the snowflakes on college campuses that think they can hide from reality in their “safe-spaces, George Soros and his failed attempt to start a color revolution in America, the “fake news” media prestitutes determined to delegitamize President Trump, rioters that have become used to suffering no consequences for committing illegal activities, and to liberals that think they can publicly act out by verbally abusing someone for being a Trump supporter, without ramifications.

That message is: It is a new day.

With the mainstream media’s war on President Trump and his supporters, it was refreshing to see that as one of the first acts as the White House Press Secretary, Sean Spicer met with the press corps in the press room and proceeded to publicly take them to task for their lies and misrepresentations, and while the left would love to see it as nit-picking, we have long believed that the mainstream media must be called out for every misleading article, every outright lie, every blatant “fake news” story.

The media’s constant claims that Trump “attacks them” consistently leaves out the fact that those “attacks” are always in response to Trump or his supporters being attacked first and Spicer just made it crystal clear that those attacks will not go unanswered, such as the instant claim that when Trump added the Churchill statue back into the Oval Office, he removed the Martin Luther King Statue. Granted the writer of the initial false report did attempt to correct his mistake on social media, but as we all know, the initial headlines are what is remembered, so media is being put on notice, confirm before reporting or they will be publicly highlighted.

This goes directly to the point Stefan Stanford made yesterday when he said the battle between Propaganda and the Truth Movement has kicked into high gear.

Independent Media is prepared to hold the mainstream media accountable, but finally having a little help from the top, the White House, will go a long way towards fighting the MSM propaganda.

With that said, Mike Adams over at Natural News has “Ten Highly Effective Ways President Trump And Kellyanne Conway Can Win The War Against The Dishonest, America-Hating Left-Wing News Cartels,”  that should be read and passed around.

What readers can do to help in this epic battle is to share any and all articles, from any Independent Media source that corrects the record, that calls out the MSM when they lie, refusing to share the outright false MSM articles, if it is fake, if it is propaganda, do not share it, do not give them traffic nor revenue from that traffic. Share those quoting them to battle the “fake news” from the MSM instead. 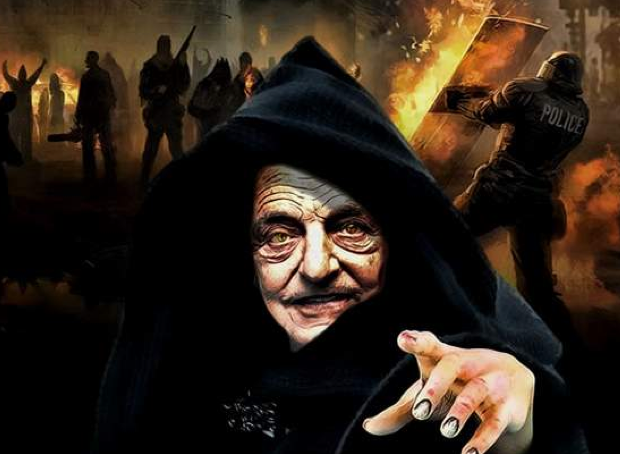 Surprisingly it was a New York Times writer that decided to “follow the money” behind the Vulgar Vagina March held on Saturday in DC and in other states, resulting in the not surprising news that George Soros was ultimately behind the spectacle, finding that more than 50 Soros’ “partner” funded the event.

Via Legal Insurrection, who quotes the NYT writer:

By my draft research, which I’m opening up for crowd-sourcing on GoogleDocs, Soros has funded, or has close relationships with, at least 56 of the march’s “partners,” including “key partners” Planned Parenthood, which opposes Trump’s anti-abortion policy, and the National Resource Defense Council, which opposes Trump’s environmental policies.

Note – Legal Insurrection, owned by Cornell University Law School professor William A. Jacobson, has been under attack as his YouTube channel (YouTube is owned by Google, who had close ties to the Clinton campaign) was recently terminated with claims of copyright infringement, which he asserts the ban was politically motivated. (The channel was later restored after Jacobson threatened legal action.)