The elite, globalists, world leaders, tech and social media giants… the ultra rich in other words, nearly 3,000 of them are all having their annual meeting at Davos for the World Economic Forum, to discuss issues such as “How to fix the middle class crisis,” during a panel titled “Squeezed and Angry: How to Fix the Middle-Class Crisis.”

Anybody else see the irony of people like “Ray Dalio – a billionaire who encourages spying on his employees; Christine Lagarde – a convicted criminal and tax evader, head of an organization that takes from the poor and gives to the world’s creditors; and Larry Summers, a firm believer, and doer, in wealth redistribution from the middle classes to the wealthy,” leading panel geared to understanding why “populism” is on the rise as globalism suffers blow after blow, and why the middle-class has utterly repudiated globalism in 2016?

We have largely stayed away from this years Davos event because frankly after Brexit, Trump’s election, the Italy referendum and the rise of so-called “populist” movements across Europe, their complete disconnect from reality and their world view has become largely irrelevant, as their  goals and attempts to create a New World Order and One World Government, have collapsed around them like a house of cards. 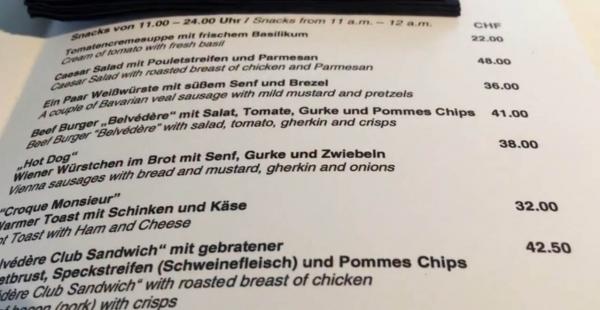 The spectacle can no longer be ignored as attendants that pay up to $50,000 per person, sit around eating $48 salads, $38 hots dogs, $42 Club sandwich, and $41 burgers, while crawling on the floor on their hands and knees pretending to be refugees that have to flee from advancing armies, all the while bemoaning what a Trump presidency means for them.

In a Bloomberg article describing why Trump is not officially sending a representative to attend this years echo chamber of the rich and elite pretending to understand “ordinary peoples” concerns, because the President-Elect “thought it would betray his populist-fueled movement to have a presence at the high-powered annual gathering,” they have a category titled Income Inequality, which underscores exactly how disconnected the Davos men and women truly are.

A study by the World Economic Forum released ahead of the Davos gathering concluded that the weak economic recovery following the global financial crisis of 2008-09 has widened the gap between rich and poor, fueling a sense of “economic malaise” that’s led to the rise of populist parties.

Think about that for a minute…. who benefited the most by the widening income gap since 2008-2009? Yes, the very same rich and so-called elite globalists, government ministers, titans of industry, academics, philanthropists, and royalty from around the world,  are now meeting  in Davos to discuss said income gap, the same people who pushed globalist policies over the last eight years, that benefited from them at the expense of the middle-class they are claiming to be concerned about..

(See: The list of Davos attendees for 2017 – Mouse over any of the colored dots in the graph for the name, company and position of this year’s attendees.”

Make no mistake, the Davos men and women are directly responsible for the chaos the world has become, as their own mission statement clearly highlights “The Forum engages the foremost political, business and other leaders of society to shape global, regional and industry agendas.”

Believe it or not, none of the above alone is the “spectacle” that prompted me to write about the Davos meeting, but rather it was a Politico article I read this morning, titled “Trump fear and loathing in Davos,” which encapsulates everything that nationalists and populists across the world have repudiated in 2016, stripping these globalist “destroyers” of the power to continue leading the world down the path to total destruction.

Perhaps with the exception of parts of Brooklyn and the San Francisco Bay Area, it would be hard to find any place as deeply anxious about the inauguration on Friday of President Trump. Before and, more worryingly for them, after his election win, Trump has gone out of his way to openly question seemingly everything the Davos crowd holds dear: Free trade and globalization, a Western alliance of democracies, American-funded security for Europe.