The Dollar & Gold: This is the What We’ve Been Looking For

The Dollar & Gold: This is the What We’ve Been Looking For

The dollar continues to surge. As of Friday November 18, 2016 it climbed to its highest level in nearly 14 years.

U.S. economic data meanwhile continues to support a rate rise in December. An expectation of fiscal spending and tax cuts from a Trump administration is contributing to higher-than-expected inflation expectations.

I’ve repeatedly warned that a stronger dollar would impact precious metals prices in the last quarter of 2016 — and possibly the first quarter of 2017 — and would provide excellent entry points into the best juniors.

Gold closed down for the second straight week, trading in the $1206 range, a 1% loss for the week. The close is the lowest since February. I cautioned that the bulk of gold’s gains this year came in the first quarter and that if gold couldn’t break out it would break down.

The breakout met resistance despite Brexit, the election, and a myriad of events in between. Expect lower prices in the short term.

In the mid-long term, we’ll look back at the next three months as an excellent opportunity to maximize gains over the long term.

Copper held up, trading down just 1% for the week and closing at approximately $2.48/lb.

Brent crude managed a weekly gain of approximately 2.7% following four weeks of declines. Baker Hughes reported a gain of 19 rigs versus a week ago. This is the 17th out of 18th week of a higher drill rig count, which should lead to more supply into the market.

The Week In Juniors (Silver and Gold Summit 2016 Edition)

It was a relatively quiet week of news in the junior space. I was able to attend the 2016 Silver and Gold Summit in San Francisco and thought I’d bring you some of the highlights as well as companies that stood out.

The highlight of the conference for me was definitely meeting and dining with one of the living legends in the business, Mr. James Dines.

Mr. Dines has been publishing his highly successful newsletter since 1960, and has been ahead of nearly every major trend since 1960.

He received an award, inducting him in to the Hall of Fame, spoke on several panels, and shared his insights for over an hour to a packed house. He was as enthusiastic and witty as ever.

It was also great to see the overwhelmingly positive reaction to the news that The Dines Letter — the first newsletter to be published independently outside of a brokerage or bank — will soon be sold exclusively through the Outsider Club.

It is a great match. Mr. Dines has always been fiercely independent. He personifies the core reason why we struck out on our own, and what we aspire to do going forward. 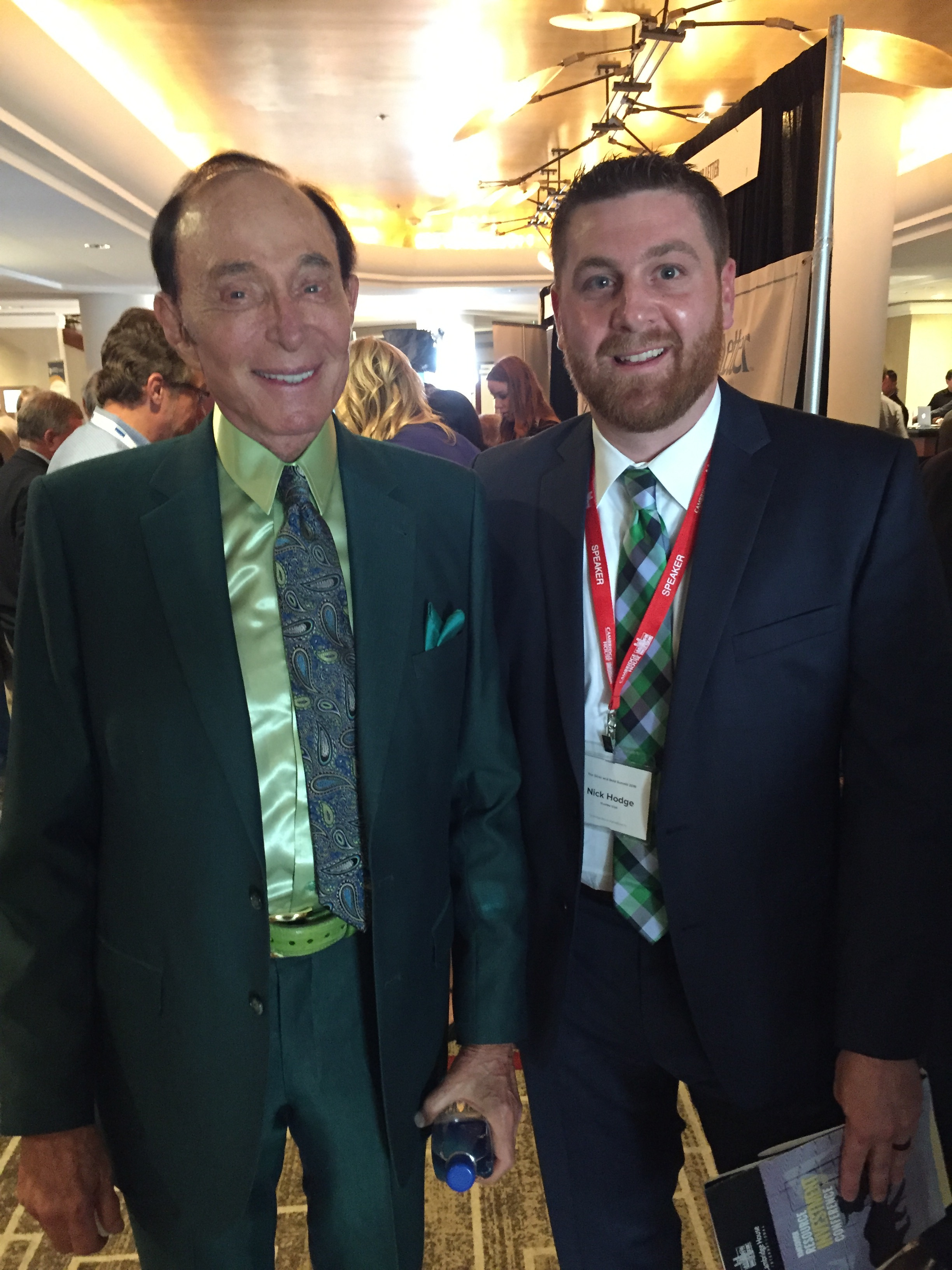 It also resonates with what I’m doing now. Those of you who are familiar with me know I make it a point to see exploration companies actually explore.

Revenue and profits come from the ground, and I want to make sure I put my boots on it to see the potential.

You can’t find the next big discovery if you’re not drilling for it. One company that has plans for lots of drilling and has made discoveries before is Auryn Resources.

Auryn Resources has a track record of making discoveries and monetizing those discoveries, most recently through Cayden Resources, which was sold in a bear market to Agnico Eagle for $205 million.

The team, led by co-founder and Executive Chairman Ivan Bebek and President and CEO Shawn Wallace, is expecting to drill over 40,000 – 60,000 meters in 2017.

Auryn is focused on scalable high-grade gold deposits in established mining jurisdictions, which include the Committee Bay gold project located in Nunavut, the Homestake Ridge gold project in British Columbia, and a portfolio of gold projects in southern Peru.

It’s an aggressive program. Fortune favors the bold, however, and I like a company that believes in its team and its projects enough to bet on the drill bit. Keep an eye on Auryn.

Mawson is another company that was very active during the conference. The company is a leading Nordic exploration company with a focus on the flagship Rajapalot and Rompas gold discoveries in Finland.

Mawson was recently granted permits to drill and is planning a substantial drill program. The permits allow Mawson to focus on key areas that were restricted until September.

It’s a game-changing decision for the company as it now has access to the most prospective targets on the district-scale, near-surface, high-grade targets it hadn’t been allowed to explore.

The company recently announced a C$6 million financing. Proceeds will go towards a regional bottom of till (BOT) sampling program that will consist of 1000 BOT holes to track dispersion in glacial cover. There will also be a geophysics program that will lead to 10,000 meters of diamond drilling.

Skyharbour Resources CEO Jordan Trimble gave an excellent presentation on the contrarian opportunity that Skyharbour presents in the uranium space.

I had an opportunity to interview Jordan in New Orleans a few weeks back. We went over the people, projects, and jurisdiction advantage the company has. You can see that interview here.

On November 17, 2016 Premier Gold and 50/50 partner Centerra announced the Feasibility Study results for the Hardrock Project located in Geraldton, Ontario.

Below are the main points from the release:

Highlights of the Feasibility Study results and life-of-mine (“LOM”) plan on a 100% basis and on the assumption that the Partnership is a standalone taxable Canadian entity are as follows:

Initial capital costs of US$1.25 billion and an after-tax return of only 14.4% will make moving this project to a development or construction decision difficult without significant improvements to the economics. The market recognized this and despite an excellent portfolio of projects, shares trade near 52-week lows.

I’m also refining a producers list for subscribers. This pullback is something I prepared subscribers for since the summer and is why I’ve left out producers from the portfolio.

However we’re nearing the time to begin to add producers to the list as many are off 50-60% from their highs and will likely trade lower with lower prices.