‘The Year Of The Uprising’, American People Send Resounding Message To Battered Globalists: ‘Welcome To The New World’

‘The Year Of The Uprising’, American People Send Resounding Message To Battered Globalists: ‘Welcome To The New World’

Many American conservatives hijacked the term “deplorables” turning it from an insult to a badge of honor, and now we are going to hijack the term “new world” from the globalists that wanted to implement a “new world order,” aka “one world government,” showing that our version of a “New World” is where leaders put their citizens first, protect their sovereignty and respect their rights, while kicking globalists to the curb.

Globalism versus Nationalism is nothing more than “The People” versus the “Elite,” where globalists leaders across the world sacrifice the needs and best interests of the people they are supposed to represent and protect to the wants of the international community as a whole. In 2016, “The People” have sent a message to those globalists…… Welcome to the New World. 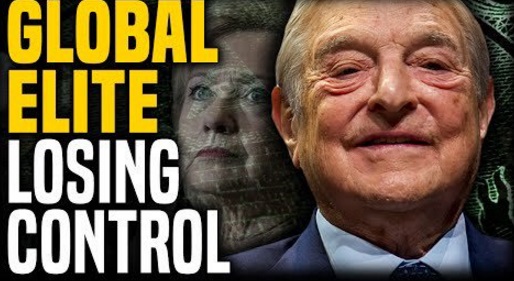 THE UPRISING BY ‘WE THE PEOPLE’

Despite all the dire warnings, skewed polls, and media cheerleaders, the “Brexit” vote, where the people of the United Kingdom voted to withdraw from the globalists entity called the European Union, was a clear signal to the “elite” that their version of the “New World Order” was no longer acceptable and would not be tolerated any longer.

On November 5, 2016, Anti-Globalization.org wrote the following:

No wonder that, following the victory of exit and the fact that one of the two presidential candidates in the forthcoming US elections has adopted many of the demands of the victims of globalization, the Transnational elites have been terrified by this rapid rise of the anti-globalization movement. Particularly so as it is not anymore just the neo-nationalist movements in East Europe (such as those in Hungary and Poland) which challenge globalization. Thus, following Brexit, the Eurosceptic Alternative for Germany party (AFD) came second, ahead of Chancellor Angela Merkel’s CDU, in regional elections held in September, while similar parties and movements in Italy, France, Austria and the Netherlands have also seen a huge rise in their popularity.

Since then Donald Trump, the candidate that “adopted many of the demands of the victims of globalization,” won the presidential election in the U.S. and now we see that France’s far-right leader, Marine Le Pen, has taken a huge lead over Nicolas Sarkozy in new French presidential election poll, showing that Brexit and U.S. election of Trump, are not the exceptions, but are indicative of a world-wide movement to oust the globalists by people across the world that are taking their nations back from the “international community,” one at a time.

Conservapedia describes globalism as “the failed liberal authoritarian desire for a “one world” view that rejects the important role of nations in protecting values and encouraging productivity. Globalism is anti-American in encouraging Americans to adopt a “world view” rather than an “American view.” Globalists oppose nationalism and national sovereignty, and instead tend to favor on open borders, free trade, interventionalism, and foreign aid. Globalists virulently opposed Donald Trump in 2016. Instead, globalists preferred Marco Rubio and Ted Cruz for the nomination, both of whom have voted in favor of the globalist agenda as senators.”

In September 2015, ANP noted that Barack Obama proved himself as a globalist very clearly in a speech where he never referenced American sovereignty, but consistently spoke to an “international system,” a “system of international rules and norms,”  an “international order,”  an “integrated world,” as well as  “international norms and principles and law,” as he attempted to push globalization at the expense of the protection of Americans and defense of the U.S. Constitution, which he swore an oath to protect and defend.

On November 8, 2016, Americans rejected the that globalist version of the New World Order and elected Donald Trump to be the 45th President of the United States of America.

Many of the reasons why Americans did so are described in the outstanding 3 1/2 minute commentary below, from November 10, 2016.

WELCOME TO THE NEW WORLD

While many Trump supporters backed Trump because they knew without a doubt that Hillary Clinton would push us further into globalism, many still did so with reservations, fearing that once elected Trump would betray his anti-globalism promises and become just another “politician,” and while we have consistently maintained that conservatives should quite nitpicking each and every choice Trump makes as he puts together his administrative team, it is heartening to see headlines coming from political pundits which declare “Outsiders take power in Trump’s Washington.”