Showdown Between Patriots And Snowflakes Scheduled For Inauguration Day

In one corner we have Oathkeepers, Bikers and patriots of all stripes and in the other corner we have unemployed (unless they are being paid by some George Soros organization), howling protesters, many of whom are college-aged children who are being given coloring books, plah-doh, stuffed bears and therapy dogs to cope with a the results of a presidential election….. when the bell rings and the groups all meet in the center of the ring, who would you place your bet on?

Last week it was reported that massive protests were being planned for January on Inauguration day, in the nation’s capital, by those protesting the presidential election results. Groups like the anti-war group, ANSWER, which announced their plans on their Facebook page on November 10, 2016, show that nearly over 9,000 people claim they will be attending, with another 30K listed under the “interested” category. A pro-Clinton group named “RoaRR 4 Hillary” is  also planning a “Million Women March” on Jan. 21.

Anyone that has been watching the news of late knows that the protests since election night have spawned riots, violence, injuries and even shootings, so it is not unreasonable in the least to expect some type of violence, and authorities are planning accordingly.

A Metropolitan Police Department officer said Friday that officers have already been briefed about the proposed demonstration and to prepare for at least 30,000 protesters.

An MPD spokesman on Saturday declined to discuss the matter, saying the agency doesn’t talk about “deploying resources.”

He also suggested that the event was too far off to provide specifics but added the agency will “plan accordingly.”

By November 17, 2016 another group decided to create an event, this one to celebrate President-Elect Trump’s inauguration, and to counter the liberal cupcake protesters. The event was created by 2 Million Bikers 2 DC, as being called the “2 Million Trump Supporters To DC. Inauguration Day.”

Details of their event state the following:

The Pipe Dreamer is at it again. Dc bound. Details are in the works. But we want to be there to welcome President Donald Trump and to stop the libtards from ruining the welcoming event. These libtards need to be shut the hell up. This is not only a biker event but it is a Trump Supporters event. We are many and varied but we unite as one. Christian, Veterans, Bikers, Truckers, Steel workers, Coal worker’s, Preachers, Fast food workers, all Colors on the human race, if you are a working class American and you support Mr President Donald Trump then we would love to see you there. Our main objective is to show our Love for our new President and unite as one in a collective effort in Solidarity Brotherhood and Unity. God Bless America.

In less than 48 hours since their announcement, 1.3K Facebook users have said they are going with another 6.5K users interested.

I would suggest the anti-Trump protesters keep to running their mouths and not attempt any violence because throwing their binkies and diapers at bikers and patriots are liable to put them in a bad mood. 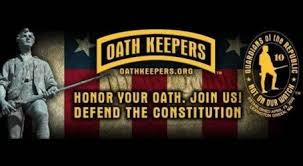 Yesterday ANP reported that members of the Michigan Electoral College were being threatened with death for nothing more than planning to do their constitutional duty to cast their vote for Donald Trump, but we see the problem is far more widespread as electors in Georgia, Idaho,  Tennessee, Arizona and Iowa are also receiving threats, after the #NotMyPresident Alliance, a national anti-Donald Trump protest group, published a spreadsheet which included the personal phone numbers, addresses, religions, races, genders, and candidate preference of the electors.

Enter the Oathkeepers, a non-partisan association of current and formerly serving military, police, and first responders,  who pledge to fulfill the oath all military and police take to “defend the Constitution against all enemies, foreign and domestic,” have sent out a CallTo Action”  and issued a standing offer of protection to “Electoral College Electors who may feel threatened or in danger from leftist radicals attempting to coerce them into changing their vote as Electors.”

Any Elector who wants our assistance may contact us at: [email protected]

Please feel free to repost this notice online, or to pass on to Electors who may need our help. However, Electors are encouraged to initiate contact with us through the above oathkeepers.org email address only and to be wary of anyone contacting them through other means, claiming to be from Oath Keepers. If in doubt, email us to verify.

All communications and requests from electors will be kept in the strictest confidence, and only vetted, trusted, qualified Oath Keepers members will be dispatched to provide security.

That protection can be overt or covert, or a combination of those two postures, at the discretion of the Elector after consultation with our security team leaders, and will consist of our unpaid volunteer retired police officers and experienced combat veterans with personal security detail training and experience. We can, and will, provide this protection from now through their vote on December 19. 2016, and even thereafter if they still feel threatened by terrorists seeking reprisal and punishment for the Electors not bending to their will.

For more details read the rest at the Oathkeepers website. 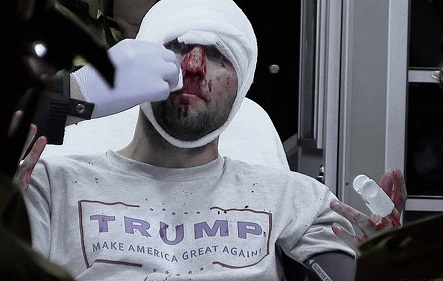 TRUMP SUPPORTERS BEING HARASSED ACROSS THE COUNTRY

While YouTube is full of videos of Trump supporters being threatened and beaten across the country by groups of people, hate groups like the Southern Poverty Law Center are detailing so-called hate crimes against leftist cupcakes attempting to blame Donald trump for them, many of which have already been debunked, without mention to the vitriolic harassment perpetrated against Trump supporters by leftist psychopaths.

This morning an ANP reader detailed an incident where two gay people, knowing he was a Trump supporter, said to him “I hope one of these protesters kills you.”

His reponse and a portion of his comment left here: “What’s wrong with you doing it?”

Not a word…..I followed up with “I may have cared what you guys want or think in the past, but now, you can all go to hell……..how do you think threatening to kill people is going to go over for YOUR group of people in the future?….huh?”

They called me a “gay hater” and walked away…………

Yea… I’m the hater….they’re the ones that openly took it upon themselves to wish my death!!!!!!!!!

That ladies and gentlemen is where things get dicey and could potentially get very ugly. Leftists in general are gun control proponents, blaming guns for violence rather than the people behind the trigger in mass shooting cases, while many Trump supporters are fervent Second Amendment supporters, and while ANP and our readers do not advocate violence, we are strong advocates of defense, the right to defend self, family and home.

In the instance recounted above, there were only words tossed, harassment, so no violence ensued, but these social justice warrior, politically correct snowflakes are pushing hard, and as evidenced by the protests and riots in recent days, they are getting violent…. What happens when patriots say enough and the real showdown begins? What are they going to attack patriots with since they are anti-Second Amendment, whiny little crybullies? Binkies and baby rattles?

Never bring a baby rattle to a gunfight little snowflakes…. you will lose every time. Go home. Grow up. Learn to deal with the real world where you don’t always get what you want, and throwing a temper tantrum won’t change that reality.

An awesome message to the protesters below and the second video is a message to those who had hurt feelings from message in the first video. Quite enlightening, entertaining and absolutely spot on!