Trump Team Leaks Bombshell Memo That Should Stop Conservative Meltdowns From Those Crying Wolf At Every Decision, Action And Appointment

A Trump Transition Team internal memo marked as “for discussion purposes only,”  has been obtained which provides some answers to what exactly Donald Trump will do when he is sworn in as the 45th President of the United States of America on January 20, 2017.

Seven days out from an election watched across the globe and we are seeing a number of reactions from a variety of different segments of the population here in America. Liberals and Democrats are soul searching, excluding those out rioting, and the elites that are planning the “Trump Resistance,” while the media is busy trying to justify and explain how they betrayed their readers.

This article is addressing other segments though, the conservatives, the #NeverHillary voters, the die-hard Trump supporters, the anti-establishment voters, and religious voters that truly believed Hillary was evil and used every tool in their arsenal to vote against that evil, and who are all, collectively, sitting on the edge of their seats in order to garner a hint of what comes next?

NOTE – While the memo was obtained by CNN, we have managed to find the article on a local outlet, WTVR, so we don’t have to link to CNN, and in it we see an answer to whether President-Elect Trump intends to keep his campaign promises and abide by his Contract with the American Voters.

It appears that the first set of goals for a Trump administration will be what is listed in the “Seven actions to protest American workers,” part of the contract, as the leaked memo is quoted as stating “The Trump trade plan breaks with the globalist wings of both the Republican and Democratic parties. The Trump administration will reverse decades of conciliatory trade policy. New trade agreements will be negotiated that provide for the interests of US workers and companies first.”

The 200-day plan is built around five main principles, plus an extra plank on manufacturing jobs. First is renegotiating or withdrawing from NAFTA, second is stopping the Trans-Pacific Partnership deal, third is stopping “unfair imports,” fourth is ending “unfair trade practices,” and fifth is pursuing bilateral trade deals. The final focus, to “retain and return manufacturing jobs,” focuses on lowering the business tax rate and eliminating regulations on businesses and restrictions on domestic energy.

The document details benchmarks regarding NAFTA for days 1, 100 and 200 of the Trump administration, as well as speaking to the Trans-Pacific Partnership (tpp) but since that is already basically dead in the water, we will not be addressing that at this time, and it details some proposed legislation on currency manipulation, all of which is addressed in his Contract with American voters.

It is most likely that this transition team memo was deliberately made public in order to address the legitimate concerns of Trump voters, worried that he could continue the practice of career politicians who ignore promises made on the campaign trail once an election was over. In that regards, making this public was a smart move, despite the fact that it will no doubt immediately be repudiated by liberals and Democrats….. but they didn’t vote for him, so that wouldn’t have been an overriding concern if the Trump team’s purpose was to reassure their supporters. 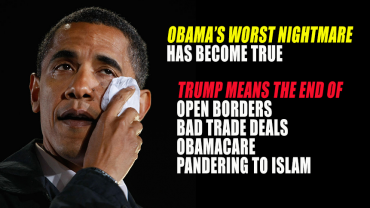 While we are witnessing the complete meltdown of the left, riots, secret meetings to plan ways to “resist” a Trump presidency, we are still seeing so-called Republicans that declared themselves #NEVERTRUMP as Donald Trump worked his way through 16 Republican primary opponents, then on to defeat Hillary Clinton, some even stating they would rather see Hillary win rather that Trump before election day, continue on their path to irrelevance, by criticizing and whining about every decision and action taken by Trump just seven days after the election.

Since a message from a Trump supporter to a *NEVERTRUMP Republican would probably fall on deaf ears, we will go ahead and use the words from one of those #NEVERTRUMP people, despite the fact that he did nothing to prevent the disaster that would have been a Hillary Clinton presidency and, in fact, made it even more difficult to prevent it…. Erick Erickson.

Donald Trump won an election a lot of us were convinced he not only would not win, but one that he could not win. He proved us wrong. Those of us who did not support him now owe him the benefit of the doubt and a lot of grace. That does not mean he should not be held accountable for broken promises. But it does mean we should not nitpick everything he does and we should allow him to surround himself with those he wants.

Constantly b*tching and whining about everything the President-elect does serves no purpose other than to make us less serious when it is time to actually hold him accountable. He is not a career politician and we should give him some allowance to make mistakes career politicians would never make.

While it makes me cringe to agree with anything Erickson says after the spectacle he and others made of themselves during the primaries and up until the election, he is right.

This morning I witnessed a comment here at ANP where it was asked “Ok. Why do I feel like all of a sudden I am Defending Trump on this Site? Last week everybody was Delirious about him being President elect. Jumping for joy, not hrc being elected.”

My response was “Most likely because now folks want to parse every word, decision, choice and action Trump makes even before he takes office. Was to be expected… don’t feel the need to defend unless you want to because the proof, one way or another, will be in the pudding. If Trump starts the long job of turning the ship around, which admittedly will take time, then he will have done what many of us hoped he would… if he doesn’t, he won’t be reelected… truly it IS that simple.”

Hopefully the Trump Team transition memo will help alleviate some of the concerns from those that voted more to prevent a Hillary presidency than out of true support for Trump, because the fact is Trump has not even taken office yet, and it seems that many that would swear they do not trust the mainstream media are still allowing them to influence their thinking.

When Trump takes office, should he make decisions that his supporters feel are unwise or wrong, then let the criticisms begin, but to start now simply because he is making choices about appointments, specifically regarding those who helped him win the election, is going to make folks seem like those that cry wolf, and when they finally address a critical issue after Trump takes office, no one is going to pay attention because they will have cried wolf one (or a hundred) times too many.

Frankly I am too concerned over what maneuvers Barack Obama is planning for the next two months to be freaking out over what Trump might or might not do once he takes office.

A good rule of thumb for before bemoaning every decision Trump may make from now until he is sworn in, would be to ask yourself “what would Hillary have done? Who would Hillary choose to surround herself? What would her first 100 days look like?”

That should snap conservatives that are freaking out over every single little thing, right out of it! 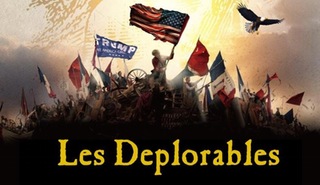