While President Elect Donald Trump supporters are celebrating a hard fought battle and stunning win and Hillary Clinton supporters are in shock over a loss the mainstream media assured them, time and again, would not happen, a larger picture emerges where a non-violent revolution against the New World Order, was won.

The MSM, on behalf of their Washington overlords, attempted to manipulate the public with skewed polls that over-sampled one demographic over another, constant and relentless negative stories coming out daily against Trump while ignoring severely damaging information against Clinton, as they attempted to herd the masses to where they wanted them to go as they have done election after election, but on November 8, 2016, the masses rose up against the MSM, flipped them off and made the irrelevant.

In a statement heard around the world, made not with a voice but with votes, the American public not only told the MSM they are no longer trusted, but they showed them. Despite attempts on the part of the MSM to depress the vote and Trump supporters’ turnout, those supporters who have been mocked and called racist, xenophobes, and “deplorables,” just to name a few labels the MSM attached to them, are not just celebrating a Trump win, but the death of the MSM.

They are already seeking to make themselves relevant again with headlines this morning such as “Donald Trump Is Elected President in Stunning Repudiation of the Establishment,” and “The media didn’t want to believe Trump could win.  So they looked the other way,” by two of the biggest Washington Propaganda machines, the NYT and the Washington Post.

This acknowledgment comes too late, they have shredded the last of their credibility.

Other liberal media have “lost their minds” according to MRC, which highlights complete meltdowns at Huffington Post, Slate, Salon, The Daily Beast, Mother Jones, MSNBC and Jezebel.

Perhaps now liberals that have always polled as trusting the MSM far more than conservatives do, will finally understand that the shock and torment they are suffering to today over Clinton’s loss, would not be so bad had their liberal media not lied to them in an attempt to manipulate Trump supporters into not bothering to go to the polls, by constitently lying about Trump’s chances.

I am not holding my breath, but maybe some of them will awaken and see how they have been used and abused by the MSM.

This morning ‘Slate’ declares “The Democratic Party Establishment Is Finished,” showing they still aren’t “getting it,” because it isn’t just the Democratic establishment took a massive hit last night.

The Republican establishment, the #NeverTrump’ers, the so-called conservative political pundits that played lip service to Trump supporters while stabbing them and their candidate in the back, consistently talking out of both sides of their mouths, never fully backing him because he did the unthinkable, he methodically took establishment candidate after candidate out during the primaries until Trump was the only one left standing, becoming the Republican nominee for President.

It is not only the Democratic establishment that is finished as ‘Slate’ asserts, but the entire establishment “elite” has been repudiated and as Trump has said, we need to “drain the swamp,” of politicians that betray us at every turn while coming to us begging for help when elections near, who attempt to tell us what to do, who to vote for and completely disrespect what ‘we the people” want, acting like they know what is best for us.

To the establishment elites: Let Trump be our message to you, we will no longer be controlled or manipulated or treated like children. YOU WORK FOR US. 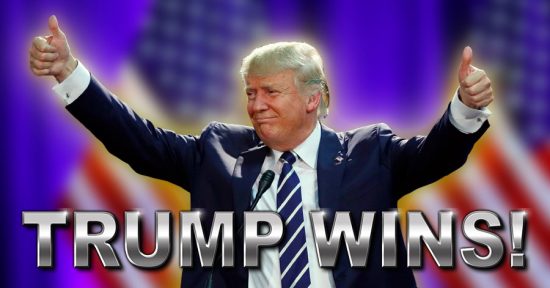