Setting Up A Historic Gold Market

Setting Up A Historic Gold Market

As the election nears, the precious metals market has reacted to the uncertainty by registering its fourth consecutive weekly gain, trading just above $1,300.

The 2% gain came despite a jobs report that supports a rate increase in December. The U.S. added 161,000 new jobs in October, and the unemployment rate fell to 4.9% from 5%.

Oil, meanwhile, lost nearly 10% this week as the dysfunction between Saudi Arabia and Iran coupled with higher inventories last week pressured the market.

I expect tax loss/gain selling as we close out the year, which should provide an opportunity to add to the best names at attractive entry points.

I also expect gold to pull back a bit more after the election dust settles. It’ll give everyone an opportunity to get ready for 2017.

A year which I expect to be the next leg up in what will end up being a historic gold bull market.

The Week in Juniors

Highlights from the recent underground drill results (capped) include:

“These results confirm the substantial widths and robust grades at Red Mountain,” said Robert McLeod, President and CEO of IDM Mining. “Our underground drill crews at Red Mountain are currently wrapping up the final resource expansion holes from the 2016 program, with additional assay results to be announced through the remainder of the year, including surface drilling from Lost Valley, 141 and Brad Zones.”

IDM Mining should have plenty of news flow the rest of the year.

The 17,125 hectare Red Mountain gold project is located in northwestern BC, 15 km northeast of the town of Stewart. The project hosts 441k ounces of gold and 1.379 ounces of silver in the Measured and Indicated categories.

IDM is advancing a feasibility study for a high-grade underground gold mine, which envisions primarily bulk underground mining methods.

Below are highlights from the release:

The objective of the 2016 Lone Star target drill program is to systematically test an interpretation of geology and continuity of mineralization that, if successful, would upgrade the potential for economically interesting gold mineralization both at Lone Star and throughout the company’s 527 square kilometer Klondike District project.

Mineralization for the two holes starts at 6.5 meters and 16.5 meters respectively.

“We are extremely encouraged by the assay results in hole 16 OKR-315. The grades are greater than that achieved at the Crab Claw in 2015, and continue to support the potential to increase the grade and size of the Kilgore Deposit at depth. Just as importantly, the majority of the other drill holes reported in this release are located in the target Aspen Formation beneath the existing deposit, and the majority of the drill holes report grades higher than the current resource grade of both the Indicated and Inferred mineralization contained in our current Kilgore NI 43-101 Resource Estimate.”

The drill program is coming to an end for the year. It was a busy year for Otis with the expanded drill program, the doubling of its land package, and an updated 43-101 report.

I’m not crazy about the share structure but have been impressed by several non-dilutive financings and the exploration potential. Especially in light of the recent land acquisition which increased the land position by 116%.

On the lithium front, Nemaska Lithium announced on October 31, 2016 that it had entered into an agreement with FMC Corporation pursuant to which Nemaska Lithium will provide FMC with 8,000t per year of lithium carbonate beginning in mid-2018.

This is the second multi-year supply agreement for Nemaska Lithium, the first being with Johnson Matthey Battery Materials.

“With the signing of this second multi-year agreement, we have total purchase commitments for close to 50% of the Corporation’s total planned production starting in mid-2018,” commented Guy Bourassa, President and CEO of Nemaska Lithium. “FMC is looking to diversify its supply sources of high quality lithium products and our proprietary process enables Nemaska Lithium to produce low cost lithium carbonate that meets FMC’s quality specifications. Our customers, including FMC, will begin receiving lithium samples from our Phase 1 Plant in 2017.

Bourassa continued,” Our production line is flexible and cost effective, allowing us to be opportunistic and address a broader lithium salts market by producing both battery grade lithium hydroxide and lithium carbonate. I believe in the long term the lithium battery market will continue to move toward lithium hydroxide chemistries and we are very well positioned in this space.”

There will only be a handful of successful companies that actually provide new sources of lithium to the growing market. The Resource Stock Digest Premium portfolio now has two companies that I believe have important differentiators that will set them apart from the pack in the mid-long term.

Lastly, a big congratulations to my Chicago Cubs. I’ve been a Cubs fan since I was six years old when my family moved to Chicago. It’s been challenging. But this year’s team has allowed me to type words I never thought I would get to type. 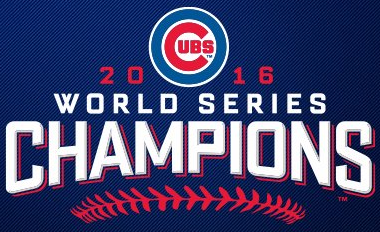